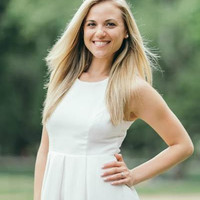 Jenn is a freelance writer, editor and content strategist living in the Boston area. She writes for a myriad of publications including WeddingWire, BRIDES, SELF, Women's Health, Reader's Digest, Livestrong, GLAM, and more and covers a wide range of topics from health, beauty and fitness to weddings, parenting and love and sex. She loves delving deep into the research aspect of content creation, especially getting the chance to interview experts from all various fields. Jenn has a particular knack for writing about weddings, having covered just about every stage in her writing, from the early relationship phase and engagement to wedding and honeymoon planning. She loved planning her Jersey City wedding and admires the vendors who made her special day so unforgettable. Though her time in New York City was memorable, Jenn returned to her home town north of Boston to continue her freelance career while raising her young daughter. When she's not putting pen to paper (or, rather, fingers to keyboard), she enjoys cooking delicious food for her family to enjoy and running outside by the beach.

As a child, Jenn wanted to become an actress and starred in several plays and a few short films during middle school and high school. When she started college at Northeastern University, she realized her true passion was writing stories and reporting the news. She quickly fell in love with creating content for several online websites and even started the Her Campus chapter at her school, serving as the Editor-in-Chief for its first two years.

Soon her eyes were set on the Big Apple, where she landed an internship at Ladies' Home Journal. Living and working in Midtown was everything she ever dreamed of and more, and she soon realized this was the life she was meant for. The following year, her senior year of college, she was able to swap her two remaining on-site classes for internships in the city. This time, she interned at iVillage.com and SELF. It was during these internships that she met her now-husband, Dan, who has supported her dreams, ambitions and aspirations from the very beginning.

Upon graduating with a Bachelor of Arts in Journalism, Jenn landed her first full-time role, as production editor at WhatToExpect.com, where she wrote about all things pregnancy and parenthood. She quickly learned that this was her niche, as she rose in the ranks to become Lead Producer for the website and then transitioned to a new role at American Baby as associate editor. During her time at American Baby, she interviewed several celebrities, including Jessica Alba, Christie Brinkley, Olivia Munn, Kristin Chenoweth and Julianne Hough.

After close to a decade of experience as an on-staff editor, Jenn decided to take the leap of faith and go full-time freelance. She started writing for a broader network of publications on a wider range of topics. About a year into her freelance career, she moved to her hometown to raise her daughter and continues to freelance for many of the same sites that launched her career. She also serves as a content strategist for several marketing agencies, independent companies and start-ups.

After the year that was 2020, the wedding industry is looking to a brighter—and more inclusive—future in 2021 and beyond. Here’s how the industry is shifting.

Planning Basics What to Know If You're Having a Summer 2021 Wedding, According to Planners

Gearing up for a summertime celebration? Here’s everything you need to know if you’re planning to wed this summer, from hiring vendors to putting COVID safety guidelines in place.

Married Life If You and Another Couple Are Vaccinated, Can You Double Date Again?

Once you and your partner have received your full course of vaccinations, when can you start meeting up and socializing with others? Here, experts weigh in.

Wedding Guests If All of Your Guests Receive the COVID Vaccine, What Will Your Wedding Look Like?

With more and more people getting vaccinated, is there a chance for a wedding sans masks and social distancing? Well, it’s complicated.

Boxers or briefs, cotton or silk—turns out there are quite a few options when it comes to what to wear under your suit. Here, experts help you pick what's right for you.

Your partnership can come out of 2020 stronger than ever—just follow the best relationship advice straight from the experts.

Losing a parent is one of the most difficult, life-altering events a person can go through. Here, experts share the best ways to support a grieving partner during this devastating time.

Struggling to figure out the perfect Valentine's Day date idea or gift for your significant other? Look to their love language to plan the perfect February 14th.

Whether you’re looking for an event designer, beauty pros, or a photographer, these talented Black-owned wedding businesses in the Miami area win rave reviews from couples.

Whether you’re looking for an event designer, beauty pros, or a photographer, these talented Black-owned wedding businesses in the D.C. area win rave reviews from couples.

Whether you've been together for months, years, or decades, quarantine life has likely taken a toll on your relationship—but things may change for the better once life returns to "normal" (whatever that means).

If the COVID-19 pandemic has changed your dating life, you're not alone. Find out how to move from online dating to real life, once it's safe to do so.

Whether you've been together for months, years, or decades, growing together as a couple is essential.

Planning Basics The Best Wedding Podcasts to Listen to in 2021

Looking for something new to listen to on your run or while cleaning the house? These wedding podcasts are ideal for nuptial planners, whether you’re newly engaged or counting down the weeks before saying “I do”.

Whether you've opted for a home wedding due to a postponement or it was your plan all along, check out these creative ideas for an even-more special backyard celebration.