Millions of engaged couples turn to WeddingWire as their trusted wedding resource, with the largest directory of local wedding vendors in New York. Easily find the best wedding services in your area with detailed vendor reviews, prices and availability for your wedding day. 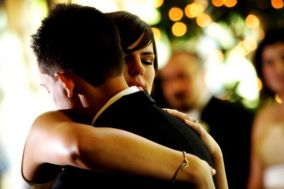 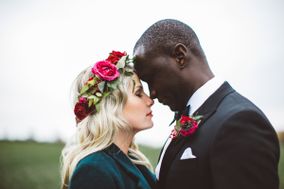 Whistlestop Florist Inc. is a premium wedding flower company that is based out of East Syracuse, New York. Since 1951 this passionate staff has become highly experienced and continue to deliver the most unique and beautiful flower arrangements in the industry. Choose the professionals and don’t... (Wedding Vendors New York) 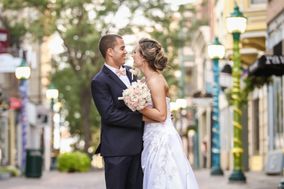 Brilliant quality. Exceptional service. Outstanding value. We’ve had the pleasure of working for hundreds of couples throughout upstate New York, Vermont and Massachusetts. We love working hard and documenting each wedding in a real and authentic way. Classy and elegant with an emphasis on beautiful... (Wedding Vendors New York) 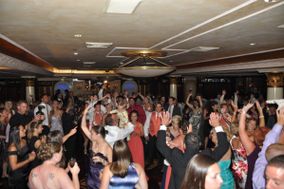 Soulful Sounds is a professional DJ company located on Long Island, New York. They have over 20 years of experience in the industry, and are extremely passionate about music and entertainment. Their goal is for your guests to stay on the dance floor all night long, and to talk about your wedding for... (Wedding Vendors New York) 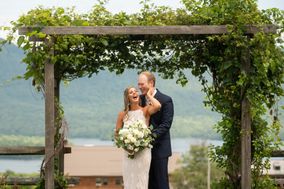 Rob Spring Photography is a wedding photography company in Saratoga Springs, New York. They specialize in candid wedding day photography with a fun twist. With a mix of contemporary and traditional styles, this photographer captures all the details on the couple's special day. Having photographed... (Wedding Vendors New York) 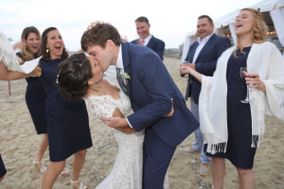 Edward Acker is a contemporary wedding photographer working with couples in the Berkshires of Western Massachusetts. He also travels to NYC, Boston, The Vineyard and pretty much anywhere else. This much-loved photographer has been giving couples exactly what they want in a wedding photographer for... (Wedding Vendors New York) 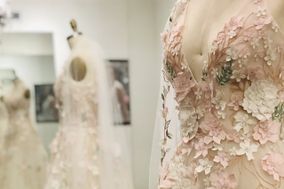 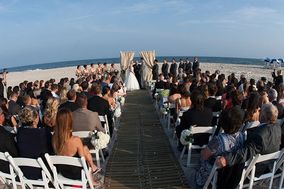 New York Bride & Co. is a bridal salon located out of Syracuse, New York. The attentive staff loves getting to be part of your big day by helping you find the dress of your dreams. They are up to date on the industry can help guide you through the wedding dress process from beginning to end to... (Wedding Vendors New York) 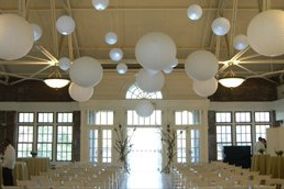 Universal Light and Sound Equipment Rentals provides sound and light services for a wide range of events in New York City. Regardless of the type of venue, ULS is committed to providing high-quality equipment and great customer service to add extra style to your wedding and ensure that everything... (Wedding Vendors New York) Mark Ingram Atelier is the premier bridal salon for upscale, sophisticated brides from around the world. Mr. Ingram offers a wide selection of gowns from top of the line bridal designers in an intimate salon setting. By appointment only. (Wedding Vendors New York) 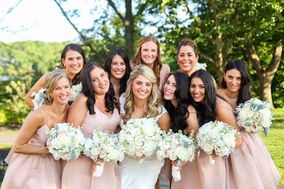 A Soft Touch by Maria is a makeup business in Valley Stream, New York. Owner and makeup artist, Maria D’Angelo Berger, started her career in 1996 when she began working for Lancome Cosmetics. She went to school and learned from top artists in the industry. She landed jobs for print, television,... (Wedding Vendors New York) 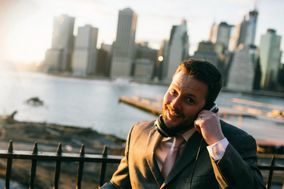 A wedding DJ service based out of Brooklyn, New York, 74 Events specializes in customizable wedding entertainment. Owned and operated by professional DJ Gary Hoffmann, the company is well-versed in all genres, ranging from the most esoteric psychedelia to the current top 40 tunes. Lifelong fans of... (Wedding Vendors New York) 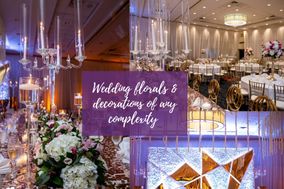 For over 15 years, House of Dipali has been the leading name in executing stunning events focused on innovative floral design and exquisite decor. Our team of expert designers and in-house florists will help turn your vision into reality—creating unforgettable memories whether it's your wedding,... (Wedding Vendors New York) 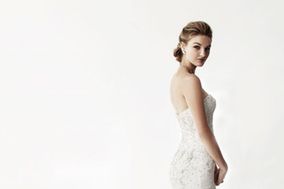 About Your Dream Dress and our discounted world-renowned designer wedding dresses: New, 100% Authentic Discount Designer Wedding Dresses, New and Exceptional Sample Wedding Dresses at up to 90% Off retail on YourDreamDress.com. Plus, for your peace of mind, we offer a Wonderful No Risk Return... (Wedding Vendors New York) 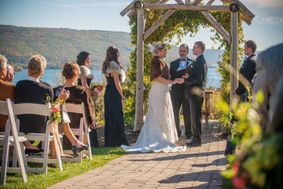 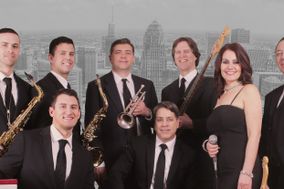 WNY's most in demand party band! Party of Nine is a high-energy group of musicians performing for weddings and corporate events in Western New York. Party of Nine specializes in music of all types, playing hit songs that get your party started and dancing all party long! Check out our web site... (Wedding Vendors New York) 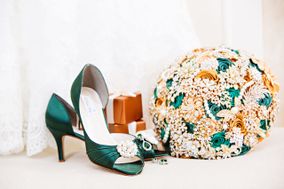 Fairy Tale Weddings by Mary is a wedding planning company out of North Syracuse, New York. Our planning process covers everything from floral arrangements to the honeymoon. Our experienced team is passionate about making your big day come to life and providing you with special memories without all... (Wedding Vendors New York) 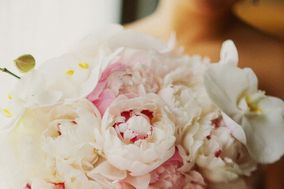 Bride & Blossom is a full-service, luxury floral design and decor company based in New York City. We exclusively specialize in wedding décor and ensure a boutique like experience from our initial consultation until the wedding day. You can count on our professional and skilled team to personally... (Wedding Vendors New York)

New York Weddings - City Excitement, Countryside Charm and Everything in Between!

Whenever you think of New York, it's hard to ignore the Big Apple's appeal. New York City's Manhattan Borough is much more than just a commercial, cultural, and economic hub; it's also one of the premier wedding spots in the United States and all over the world. It's difficult to list NYC's main attractions - each a worthy wedding photo shoot in its own right - but you really can't go wrong with the Brooklyn Bridge, Central Park, Rockefeller Center, Times Square, the Empire State Building, Battery Park and more. And those are just the landmarks. With dozens of neighborhoods, New York City also provides cozy, quaint settings in the midst of all the hustle and bustle. Greenwich Village, SoHo, Little Italy and many other small communities offer up timeless, romantic character. Venturing to NYC's other boroughs (most notably Brooklyn, Queens and the Bronx), wedding planners will discover less expensive New York wedding venues, but still within eyeshot of Manhattan's world-famous skyline. But once you head outside of New York City and all it has to offer, the rest of the Empire State is well-worth a look.

The beautiful Hudson Valley's rolling hills, sleepy riverside towns and country character is perfect for anyone seeking a more rustic New York wedding celebration, especially during autumn - the Hudson Valley is thought to have the most spectacular views, thanks to a tapestry of fantastic fall colors - orange, yellow, auburn and more! The Catskills and Adirondacks, two of New York's most well-known mountain ranges, are a stark contrast to NYC, and show just how vastly different an Empire State wedding celebration can be, depending on your preference. Other must-see regions include the Finger Lakes, Buffalo, Rochester, Syracuse and other upstate destinations. New York also has its own wine region, which stretches from the lowlands near Lake Erie toward the Finger Lakes, south of Lake Ontario. All in all, New York offers abundant, romantic wedding planning possibilities.

If planning a New York Wedding, you should carefully think about the climate. Summers are typically stuffy and hot, particularly around the upstate lakes. Spring and autumn (especially in the picturesque Hudson Valley) are the two most popular seasons, with winter and summer close behind. New York can receive much snowfall, so do your best to plan accordingly. What colors should you choose for your New York wedding? Since the state has such widespread geographical diversity - not to mention interesting urban areas - hues and tones are usually dictated by season. Gown buyers with a big budget can always head to New York City, home of Kleinfeld Bridal, featured on the TV show Say Yes to the Dress.

Planning a New York City wedding? The Big Apple will take a big bite out of your budget. At over $600 per person, Manhattan weddings rank as one of the country's most expensive areas. The outer boroughs are in the $350 range, while upstate wedding are less than $200 per guest, on average. For NYC weddings, décor is a built-in feature; the city's astounding skyscrapers, bridges, parks and other points of interest provide photo-worthy opportunities around every corner. Unique New York wedding catering in the city can be found to fit in every budget with a variety of menu options.