Millions of engaged couples turn to WeddingWire as their trusted wedding resource, with the largest directory of local wedding vendors in Illinois. Easily find the best wedding services in your area with detailed vendor reviews, prices and availability for your wedding day. High Society Band is a wedding band based in Chicago, Illinois that has been serving the Midwest area since 1993. With high-energy and a personalized approach, they are dedicated to helping couples create the wedding of their dreams.Experience High Society Band is an eleven-piece band that combines... (Wedding Vendors Illinois) 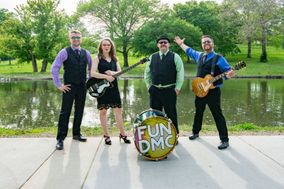 Having a live band is the perfect way to energize your reception and bring every guest to the dance floor. Fun DMC believes in providing unique, interactive, and engaging entertainment with music to please every guest. Through our live performance of music that spans every decade, you and your... (Wedding Vendors Illinois)

Jazzy’s Event Planning is a flexible wedding planner in the Chicago, Illinois area. This planner can help couples with the smallest details or the largest projects. Whether couples are starting from scratch or putting the finishing touches on their special day, the planner at Jazzy’s Event Planning... (Wedding Vendors Illinois) 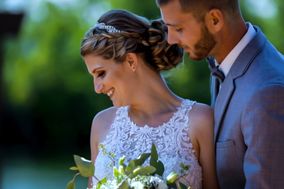 Our main goal as a video production company is to help you bring your vision to life. We do this by specifically tailoring each video to match your business’s unique brand, your business goals and creating a high quality and timeless end product that speaks to your target audience. Then we find the... (Wedding Vendors Illinois) If you're looking for an Allstar band to take your special day to the next level, ILLVILLE VANGUARD is the band for you! ILLVILLE is known for bringing unimaginable energy and making people dance uncontrollably all night long. Want a string trio for your ceremony and a 12 piece band for your... (Wedding Vendors Illinois) Klassic Bridal is a wedding dress boutique based in Algonquin, Illinois. Established in 2020, this salon stocks an exquisite range of dresses to suit all styles and sizes. From the moment you make your first inquiry until the day of your celebration, this elite team will take care of all your... (Wedding Vendors Illinois) 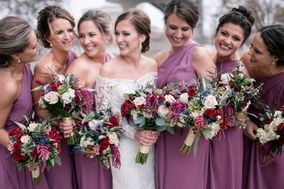 Old Oaks Vintage Rentals and Floral Designs is a wedding decoration business operating out of Fairbury, Illinois. This expert creative team brings over two decades of design experience to every event and is ready to make your once-in-a-lifetime celebration look unforgettable. Offering thousands of... (Wedding Vendors Illinois) 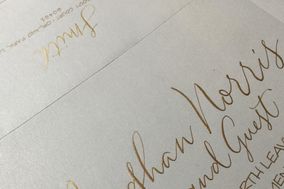 Why not make your guests feel as special as they are! I specialize in addressing envelopes for both social and corporate events. I also hand letter place cards, escort cards, seating charts, menus, certificates and awards. You can select from several stock styles or I will customize a look just for... (Wedding Vendors Illinois) 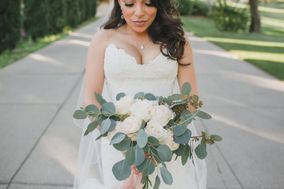 The Bouqs Co. is a wedding florists business operating out of Marina del Rey, California. With a variety of options for couples to choose from, there are packages to suit a whole host of personal preferences. These fresh flowers would add the perfect touch of color, fragrance, and elegance to your... (Wedding Vendors Illinois)

Welcome to HappiBrands, where happi is how we roll! And what could be happier than HappiEverAfter? It would be our honor to be a part of your special day...while keeping your wedding party and guests safe and following local protocols. HappiEverAfter masks and gaiters are 100% customizable,... (Wedding Vendors Illinois)

Hello and welcome to Memorable Marks! Here you will find all of your wedding signage needs! My name is Lauren Erskine and I will be custom, hand crafting each piece just for you! Here at Memorable Marks, we believe if you are going to make your mark, make it Memorable! Please visit my Etsy page to... (Wedding Vendors Illinois) 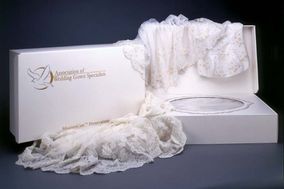 Lansing Cleaners is a wedding dress business operating out of Lansing, Illinois. Boasting several decades worth of experience, this family-owned business is very knowledgeable on how to take care of your wedding-day attire. In particular, they are highly skilled when it comes to making sure your... (Wedding Vendors Illinois) 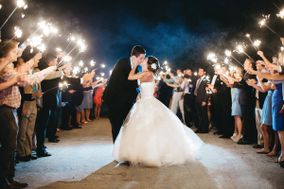 Soirée Weddings & Events is a wedding planning company in Chicago, Illinois. This boutique event planning firm, established in 2010, has passionate and committed event planners who specialize in Chicago and destination weddings. They work closely with their clients and learn more about them in order... (Wedding Vendors Illinois) 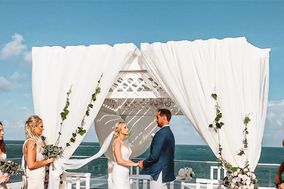 Planning your dream wedding doesn't have to be stressful! Allow me to take care of all the details, big and small, so you can focus on sharing an unforgettable day of joy with the ones you love. I'll get to know you, learn your interests and preferences and create a destination wedding or honeymoon... (Wedding Vendors Illinois)

Illinois is a land of contrasts. It's one of the most populous states, yet includes vast expanses of beautiful, uninhabited territory. It has one of the biggest & boldest cities in the U.S. (Chicago), but also exemplifies main street USA with hundreds of small towns and villages. And even the state's climate can contrast itself within a matter of minutes. Illinois weather is notoriously unpredictable during certain times of the year (more on that later). For soon-to-be-newlyweds, Chicago offers everything for a perfect Illinois wedding: world-famous architecture, historical sites, trendy neighborhoods and literally hundreds of wondrous Chicago wedding ceremony and reception venues. The entire city is a wedding photographer's dream. Chicago is also located in the heart of the state's Great Lakes region, particularly the Lake Michigan waterfront. The entire northeastern portion of Illinois is always a popular spot for wedding planners. The Illinois countryside includes hundreds of miles of Mississippi River waterfront, as America's most famous waterway forms the state's western border. Also, the Ohio River forms the state's southern border with Kentucky, giving Illinois two of the most storied rivers in American history. Many couples plan accordingly, with rustic steamboat-themed wedding celebrations on the rise. Other state highlights include Peoria, located in the north central part of the state, and Champaign, which is located almost due south of Chicago. Champaign is home to the University of Illinois, and many alumni plan their Illinois wedding in and around the Champaign region. Springfield, the capital, exemplifies Illinois' Midwestern character, and is another area currently en vogue with wedding planners.

If you're planning a wedding in Illinois, keep a close eye on the weather. Summers can be steamy, and Illinois winters can be absolutely unforgivable, (especially in the northern part of the state, due to lake-effect snow). Many couples choose to play it safe with their Illinois weddings, opting for spring and autumn celebrations. But all four seasons are wedding worthy times of the year. Keep all of your options open; there are few states that offer the wedding-ready venues, natural scenery, small town serenity and urban excitement of Illinois. Fall foliage, sparkling blue lakefront areas, sweeping architectural masterpieces, rolling river valleys - Illinois has everything a wedding planner could want in terms of photogenic backdrops. And that means deciding on a color can be a difficult task. Try to match your tone with the surrounding season and locale, or go for bold contrast to mix things up.

The cost of an Illinois wedding varies greatly across the state. While the state sales tax is 6.25%, local and municipal taxes (we're looking at you, Cook County and Chicago) can nearly double the base rate up to 11%. Generally, prices head south when you literally head south from Chicago. A wedding in the city of big shoulders will demand a big price tag. Only Los Angeles and New York City weddings cost more than Chicago. Swanky Chi-town venues can cost upwards of $300 per person, once catering costs are figured in. However, that doesn't mean all Illinois weddings are mega-expensive. In fact, the state stacks up favorably with other affordable locations in the United States. Weddings in Peoria, Springfield, Champaign and other mid-sized Illinois cities are considered average or slightly above average. Illinois' wedding décor possibilities are fitting of a state with so much to offer. Unique Chicago wedding catering options in the Land of Lincoln include everything from hearty country fare to elegant, sophisticated urban dishes. For décor, you can do it yourself or choose an Illinois wedding decorator.

Illinois wedding license requirements aren't terribly stringent, like other states. The cost of your marriage license ranges from $15.00 to $30.00, with Chicago and Cook County licenses in the upper range. There is no waiting period to receive the license, and only a 1-day waiting period from license receipt to wedding day. Keep in mind, an Illinois marriage license expires after 60 days, so make sure your venue, caterer, photographer and all other logistical considerations are taken care of well beforehand.