Fort Myer, one of the oldest Army posts in the country, is located near the banks of the Potomac River. In February of 1881, Fort Myer was named in honor of Brigadier General Albert J. Myer who commanded the Signal School for Army and Navy Officers. Prior to that time it was known as Fort Whipple, in honor of General Amiel W. Whipple, who paid the supreme sacrifice in the Battle of Chancellorsville during the Civil War. At the direction of President Abraham Lincoln, Fort Whipple was commissioned in October 1862. Today, Fort Myer is home to the 3rd U. S. Infantry Regiment, “The Old Guard”, the Army’s official ceremonial unit and escort to the President, as well as the U. S. Army Band, "Pershing's Own."

The Fort Myer Officers’ Club, known as Patton Hall, was built in 1896. General George S. Patton, Jr., commanded Fort Myer as a Colonel from 1938-1940, and the Club was renamed in his honor. The Provost Marshall’s office, adjacent to Patton Hall, is the building in which General Patton resided during his tenure at Fort Myer. The first military use of aircraft by the Wright Brothers occurred on the parade field just across the street from the Officers’ Club. Patton Hall is one of the largest and most prestigious military clubs in the world, frequently hosting Presidents and honored dignitaries. Several banquet rooms in the Club are named after famous generals. The Fort Myer Officers’ Club was the recipient of the Carroll Award for 1995,1996, and 2001, the Army’s highest award bestowed on military clubs. 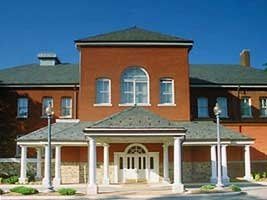 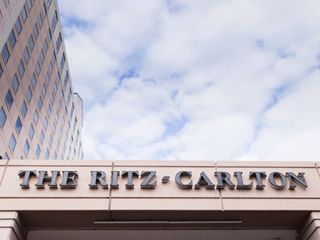