We are so happy you found this amazing House! Do read about the House, its history, & checkout the photos of past events.

The DACOR Bacon House is a museum in the downtown Washington, D.C. area. This historic mansion stands proudly as a brick mansion in the city with a rotunda entranceway and cedar shutters. Couples will find this a stately wedding venue in northwest Washington, D.C., just a block and half from the White House.

The reception rooms within the mansion itself can accommodate up to 180 guests for a standing reception. This historic decor includes antique-style furniture, gold-framed wall art and decorated carpeting. Ornate crown molding runs along the ceiling and the walls of the many rooms in this space. On the first floor, can be used transformed to a dance floor. The second-floor grand piano is available by request. Outside, couples will find an attractive half-acre garden. With a brick patio underfoot and enclosed by brick walls, which can accommodate up to 140 guests for a seated ceremony. The white pergola in the corner of the garden frames couples beautifully for their ceremony, with trees and flowers growing all around.

In addition to their ceremony and reception, couples can also host their bridal shower, their engagement party, rehearsal dinner, in the House or Garden.

The first recorded owner of the land on which the House rests was David Burns a Scottish immigrant, the property then went on to owned by Tobias Lear, private secretary to George Washington. The House we see today was built in 1825, by Tench Ringgold. It then went on to be owned by several people before becoming the home of Robert Low Bacon and his wife, Victoria Murray Bacon, in 1925. Virginia was known as the last “Grande Dame” of Washington D.C.’s elite social circles of her time. She was also the home’s last private owner. In the 1960s, she had the House placed on the National Register of Historic Places. The House has been the home to DACOR and the DACOR Bacon House Foundation since 1982. 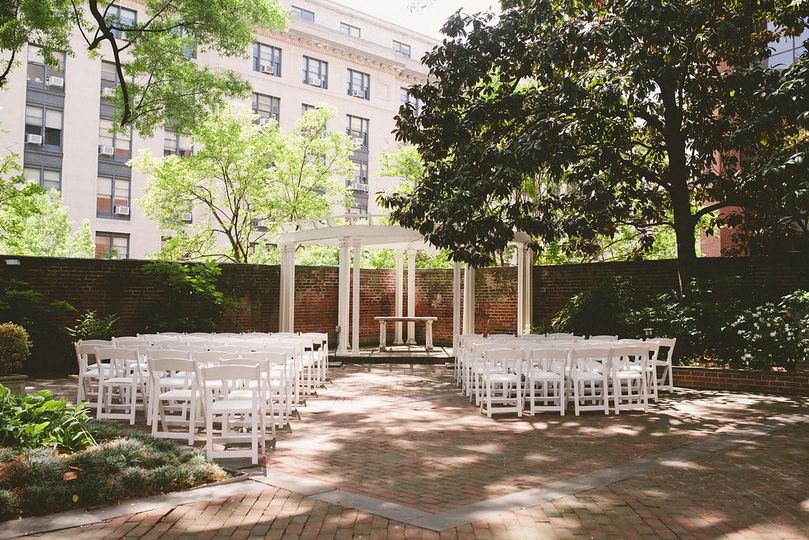 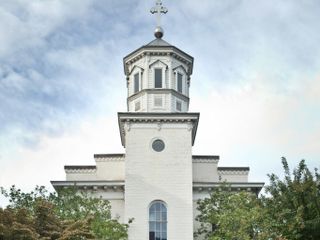 Recommended by 91% of couples

What items and services are included in the starting site fee at DACOR Bacon House?

At DACOR Bacon House, what items and services related to wedding catering are included in the cost?

At DACOR Bacon House, what does the bar service starting price include?

What are the most important characteristics of DACOR Bacon House in terms of venue type, style and location?

The space offered by DACOR Bacon House for wedding events is known for:

What kind of indoor/outdoor options are available at DACOR Bacon House for wedding events?

What kind of wedding events does DACOR Bacon House offer?

What services does DACOR Bacon House offer for wedding events?

What furniture and decorations does DACOR Bacon House have available for wedding events?

What percentage of users recommend DACOR Bacon House and which are the most valued aspects of their wedding services?

DACOR Bacon House is recommended by 89% of couples who have used their services. Their overall rating is 4.6 out of 5 with the following breakdown: 4.7 in flexibility, 4.7 in value, 4.6 in professionalism, 4.5 in quality of service and 4.4 in average response time.
Write a review
Wedding Venues Washington DC
Wedding Vendors Washington DC