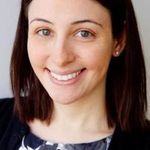 By Kim Forrest May 1, 2019 4
Saved Save
Ever wonder how wedding traditions differ in other countries? The results of the new Global Wedding Report may surprise you!

Today’s weddings often mix trends and traditions, modern touches with classic elements. Depending on where you’re getting married, there are certain wedding traditions that you’ll be expected to follow. WeddingWire teamed up with The Knot and Bodas.net and surveyed 20,000 couples in 14 countries to see how wedding traditions and planning differ depending on where you’re marrying—and some of the results of this Global Wedding Report may surprise you.

Grab your passport! We’re highlighting the most unique wedding traditions and planning details from around the world

Here in the U.S., formal proposals—where one party gets down on bended knee to ask for his or her partner’s hand in marriage—are the norm. However, in other parts of the world, it’s more common for couples to jointly decide they’d like to marry. According to the Global Wedding Report, only half of Italians said that they got engaged on a specific date, compared with 84 percent of Americans. In Italy, getting engaged is a less formal affair—it’s something couples discuss as a unit, rather than one person proposing to the other

2. India is the only country where February is the most popular month for engagements.

It’s probably not surprising that in 13 out of the 14 countries we surveyed, December is the most popular month for engagements. December marks the holiday season in much of the world, a celebratory time of gift-giving that’s ideal for proposals. In India, however, couples prefer to propose during designated good-luck days, known as Vivah Muhurat. There are numerous good-luck days in February, making it the most popular month for proposals in India.

3. Couples in the U.S. ask for parental permission before proposing more than in any other country.

While you might think that the U.S. is quite modern, it’s actually adheres to some wedding tradition more than many other countries. In fact, 71 percent of U.S. couples seek their parents’ blessing before getting engaged. This is much less common in Europe, particularly in Italy, where only 8 percent of couples ask for parents’ permission.

4. French couples are most likely to live together before marriage.

Quelle surprise! In France, 93 percent of couples surveyed lived together prior to getting married. This practice is quite commonplace throughout the rest of Europe, too. According to the Global Wedding Report, 89 percent of Spanish couples and 88 percent of UK couples lived together before the wedding. Living together before marriage is significantly less common in more religious countries like Mexico and Brazil, where about one-third of couples cohabitate pre-marriage.

5. Colombians have the shortest engagements.

While Europeans and Americans typically take a year or more to plan their weddings, couples in Colombia have the shortest engagements—seven months, on average. Typically, countries where couples are less likely to live together before marriage—Colombia, India, Chile, and Peru, for example—tend to have shorter planning timelines.

6. Religious wedding ceremonies are most common in Colombia.

Colombian couples also adhere to wedding tradition when it comes to their ceremonies. According to the Global Wedding Report, 79 percent of Colombian couples incorporate religion into their ceremonies. This is also the case in other countries with mostly Catholic populations, including Italy, Brazil, Mexico, and Portugal. To contrast, only 29 percent of couples in the UK have a religious wedding ceremony.

7. In France, more couples hire a professional wedding caterer than any other type of vendor.

When it comes to hiring wedding vendors, most couples around the world prioritize photography. In fact, 80 percent of couples in the 14 countries surveyed hire a professional wedding photographer, and in 13 of those countries, photography was the top vendor category hired. The only exception is in France, where catering is considered most important. An important French wedding tradition is the vin d’honneur, a cocktail hour before the reception where ample food and drinks are served—and a professional caterer is pretty much a requirement.

8. British brides are most likely wear a tiara.

In Britain, you don’t have to be royalty to don a tiara on your big day. According to the Global Wedding Report, 22 percent of British brides wore a tiara a la Meghan Markle or Kate Middleton—more than any other country surveyed.

9. Fall is the most popular time to get married in most of Europe and North America.

This shouldn’t come as too much of a surprise: Throughout the world, the weather is one of the biggest factors in how couples choose their wedding date. That’s why September and October are the most popular months to wed in most of Europe and North America. In South American countries, springtime is most popular.

10. Indian couples are least likely to serve alcohol at their weddings.

In much of the world, serving alcohol is a major wedding tradition. In particular, the United Kingdom and Spain, nearly 100 percent of weddings serve alcohol, though in different ways: Spanish weddings frequently have open bars, while in the United Kingdom, champagne toasts are common, but free-flowing alcohol is not. However, according to our survey, only 22 percent of Indian weddings serve alcohol, likely due to religious practices.

11. First dances are most popular in the United States.

12. More U.S. couples set up a wedding hashtag than couples from anywhere else in the world.

Technology and social media are becoming an important part of wedding planning. In the U.S., 53 percent of engaged couples create a wedding hashtag to help compile their guests’ photos and posts. Wedding hashtags are less popular in places like Italy and France, where less than 10 percent of couples create one.

13. In Spain and Italy, the couple’s family covers the majority of wedding costs.

One of the biggest struggles of wedding planning is coming up with a budget and figuring out who pays for the event. In European countries like Spain and Italy, couples receive more financial support from their families. Parents or other loved ones pay for two-thirds of wedding expenses in these areas. In South American countries, like Peru, Chile, Colombia, and Argentina, couples contribute more, paying for 55 percent of their own wedding costs.

14. South American couples are more likely to take out a loan to pay for their wedding.

While wedding costs are highest in the U.S. (nearly $30,000 on average!), nearly half of couples in South America take out a loan or incur credit card debt to pay for their big day. The average annual income is lower in countries like Peru, Chile, Colombia, and Argentina than in the U.S., which may explain the need for loans to pay for wedding expenses.

15. Brazilian and Indian couples are most likely to marry in their hometowns.

16. Indian weddings have the most guests.