28 Instrumental Wedding Songs for Every Part of Your Big Day

By Samantha Iacia July 30, 2020 77
Saved Save
From classical arrangements to movie soundtracks and unique covers of modern-day hits, these instrumental wedding songs will have you thinking twice about choosing music with lyrics.

If you ask us, instrumental wedding songs are pretty underrated. There are the popular songs you've probably heard before—like "Canon in D" and the "Wedding March"—but if you think they're your only options for tasteful, timeless wedding music, think again. Whether you're looking for classical wedding songs or instrumental music that's both modern and sophisticated, it turns out that you have plenty of tracks to choose from. We've picked our favorite instrumental wedding songs you can incorporate throughout your big day, from the prelude and your vows, all the way to the reception. Once you hear a song you like, look for wedding musicians in your area who can help you bring it to life on the big day.

An orchestra of violins and cellos make this instrumental wedding song a simple but beautiful and emotional masterpiece. Use it for your wedding processional and we guarantee there will be waterworks.

"I Could Fall in Love" by Guitar Tribute Players

This acoustic guitar cover of Selena Quintanilla's famous ballad "I Could Fall in Love" might just bring tears to your eyes. It would make wonderful choice for your processional song or first dance song—and you can easily hire a guitarist to play it live if you don't want to use the recording.

This soothing composition from the Normal People soundtrack begins slow and builds over time—perfect as a prelude song for setting the mood leading up to the start of your ceremony.

While we love the original version with lyrics, this instrumental rendition of Legend's famous song is just as catchy. The upbeat piano would be ideal for your prelude playlist as guests are taking their seats at the ceremony or mingling during cocktail hour.

Starting out with a solo violin, this song from the Far from the Madding Crowd soundtrack will give you major chills around 0:20 and again at 3:45 with a beautiful crescendo. The total track is around 4:40 minutes, making it long enough for a ceremony entrance or processional.

"Your Song" by United Guitar Players

If you're a fan of Elton John's original version of this song, chances are you'll love this toned-down rendition by United Guitar Players. The acoustic sound is mellow but cheerful, making this one of the best instrumental songs for either your processional or your first dance.

The Color Purple is a powerful, iconic movie—and the soundtrack by composer Quincy Jones is a huge part of that. The film's main title, which starts out with a harmonica, is a moving choice for an instrumental song if you're getting married outdoors in the countryside.

"Turning Page" by Sleeping at Last

If you've ever seen the Twilight movies, this song will sound familiar to you. It's a truly beautiful composition of violin, piano, and guitar—it was used for Bella's walk down the aisle in Breaking Dawn—Part 1, and again later on in that bedroom scene. The dramatic crescendos make it an excellent choice for a ceremony entrance or twirling around on the dance floor.

Set the mood for an elegant celebration with this classical piano arrangement by Chopin. We think it would be great to play as as a prelude song while your guests are arriving to ceremony venue and settling into their seats.

There are so many different layers to this instrumental track, from the soft guitar at the very beginning, to the upbeat trumpets that enter at 2:15 and the pure magic that happens at 4:05. If you're a Disney fan, this song is a must-have for your wedding playlist.

Looking for an instrumental wedding song with a slower pace? This soothing five-minute piano suite would be perfect as a prelude song or as background music during your reception meal.

Want to feel like royalty on your wedding day? There's a song for that! The Duke and Duchess of Sussex chose "Sicilienne" to be played during their wedding in 2018—it's performed here by cellist Sheku Kanneh-Mason. It's a lovely choice for a wedding interlude song or for your walk down the aisle.

"The Meeting" by John Powell

This playful composition is from one of our favorite rom-coms: P.S I Love You. It plays during the flashback scene when Gerry and Holly first meet in Ireland—talk about a sweet moment! We think it would be nice as a processional song for your wedding party or even as a bride entrance song.

Get ready to twirl around the dance floor at your reception with this enchanting tune from the Wall-E soundtrack (see more of our favorite Disney first dance songs here!). Fun fact: Composer Thomas Newman also wrote the soundtracks for Finding Nemo and Finding Dory.

With a title like "Wedding," this song from Bridget Jones's Baby was made for your big day. The way the song builds makes us think it would be perfect for the start of your ceremony—skip ahead to 1:48 for the part that we'd use for a grand entrance.

"A Thousand Years" by The Piano Guys

Speaking of bride entrance songs, "A Thousand Years" by Christina Perry is one of the most popular picks. The original is an ultra-romantic choice, but this instrumental cover by The Piano Guys is just as swoon-worthy.

"Your Hands Are Cold" by Dario Marianelli

This entire song from Pride & Prejudice is something we'd listen to on repeat all day long (it's so soothing!), but it really picks up at 2:22 with a gorgeous piano and violin suite that gives us chills. Consider it for a dramatic ceremony entrance or as a recessional song that begins right after your first kiss.

"And I Love Her" by George Martin

Here's another instrumental take on a classic rock song. Composer George Martin, who worked with The Beatles on all of their original albums, made this rendition of their hit "And I Love Her." We'd suggest it for a first dance, whether you're taking professional lessons or just winging it!

If The Notebook is one of your favorite movies, you'll be happy to hear that the soundtrack has a couple of instrumental wedding songs you can use on the big day. This one would be great for a ceremony prelude or postlude playlist.

"Canon in D-Major" by Brooklyn Duo

We couldn't forget about one of the most famous instrumental wedding songs of all time! If you're looking for a traditional processional song, check out this updated version of Johann Pachelbel's "Canon in D-Major" by Brooklyn Duo.

Pulled from one of the most memorable scenes during Love Actually (when Keira Knightley's character Juliet realizes that her friend Mark is in love with her), "Glasgow Love Theme" is a romantic choice for your walk down the aisle.

Just like the Coldplay original, this song starts out slow with a solo piano but quickly builds as other instruments are added in (giving us all the feels). It's an excellent choice if you're looking for upbeat instrumental wedding songs—use it to kick off your wedding recessional or for your first dance.

At only 40 seconds long, this short instrumental song is ideal for a prelude or an interlude if there's a break in your ceremony when no one is speaking (during a candle lighting ritual, for example).

Cue the happy tears. This soft guitar tune immediately sets the scene for an emotional walk down the aisle.

While this instrumental wedding song from Eat Pray Love starts out slow, we think it would be a lovely choice for your ceremony processional if you need an extended musical selection. We also love the name: from Italian, "attraversiamo" translates to "let's cross over", which is a fitting sentiment as you marry your true love.

Once you've said "I do," take your first steps as newlyweds with this famous recessional song. It's five minutes long, which leaves enough time for you, your wedding party, and your guests to recess out of the ceremony venue.

"Up With End Credits" by Michael Giacchino

As the main theme from Up, this instrumental wedding song is a cute choice for Disney fans. It's also surprisingly versatile—we can picture this song being used for everything from your recessional to your first dance, as your cake cutting song, or even a wedding anniversary song.

"Theme from 'The Search for Everything'" by John Mayer

On his 2017 album, John Mayer blessed us with this acoustic guitar track that would work wonderfully as a processional or recessional song. 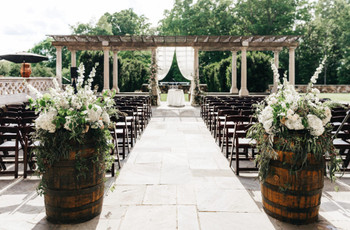 Wedding Songs & Music 29 Wedding Prelude Songs to Kickstart Your Ceremony Greet your guests with a soundtrack of wedding prelude songs as they begin... 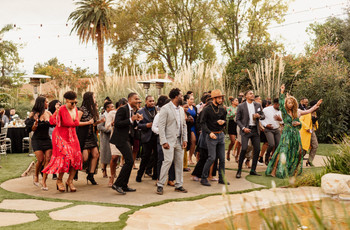 Wedding Songs & Music The 62 Upbeat Wedding Songs That Will Get the Party Started Your union is a joyful event, so be sure to play lots of upbeat wedding songs to... 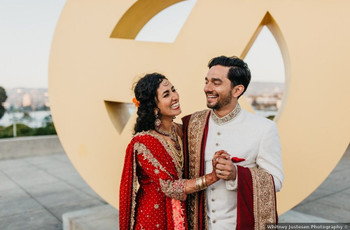 Wedding Songs & Music 51 Wedding Video Songs We're Listening to on Repeat If you're looking for the perfect wedding video song, just check out this list... 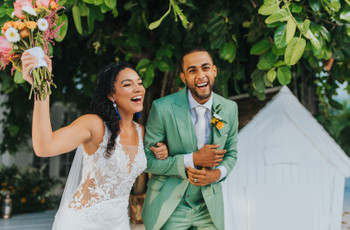