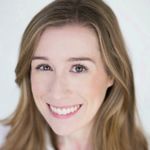 By Samantha Iacia September 6, 2019 1
Saved Save
The men have spoken. If you're planning a celebratory guys' trip—whether for yourself or someone else—these are the most popular bachelor party destinations in the country. 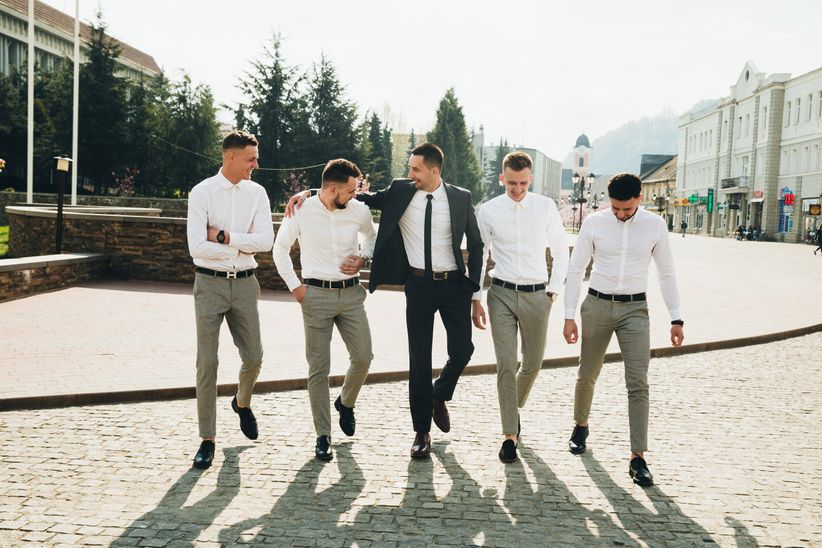 Nearly one in four grooms end up traveling somewhere for their bachelor party, but where are they going? That’s exactly what we wanted to know, and thanks to a recent WeddingWire study, the top bachelor party destinations have now been revealed. We asked recent grooms to share where they traveled for their bachelor party, and the results might surprise you. Yep, Las Vegas is on the list, but there are a few wildcards that are perfect for groups who want to shake things up a bit. If you’re getting ready to plan a bachelor party, this list of the most popular bachelor party destinations will give you an idea of where to celebrate with your crew. Whether you’re looking for an adventure-filled trip, a weekend of beer and sports, or a low-key guys’ getaway, consider adding these buzz-worthy (and groom-approved) destinations to your radar.

Keep reading for our list of the top bachelor party destinations—and what you can’t miss once you’re there. If you’re looking for bachelor party central, then head to the one and only Las Vegas. There’s a reason this city is number one on the list of bachelor party destinations—when it comes to swanky hotels, endless entertainment options, and gourmet eats around the clock, there’s truly no other place like Vegas. The city is known for its wild party scene, but there are actually a lot of things to do in Las Vegas that don’t involve gambling or less-than-wholesome activities (so tell your partner they can breathe a sigh of relief!). Whether you’re chilling by the pool, spending the day golfing, catching a comedy show, or hopping aboard a helicopter ride to the Grand Canyon, your Las Vegas bachelor party is sure to be an adventure. 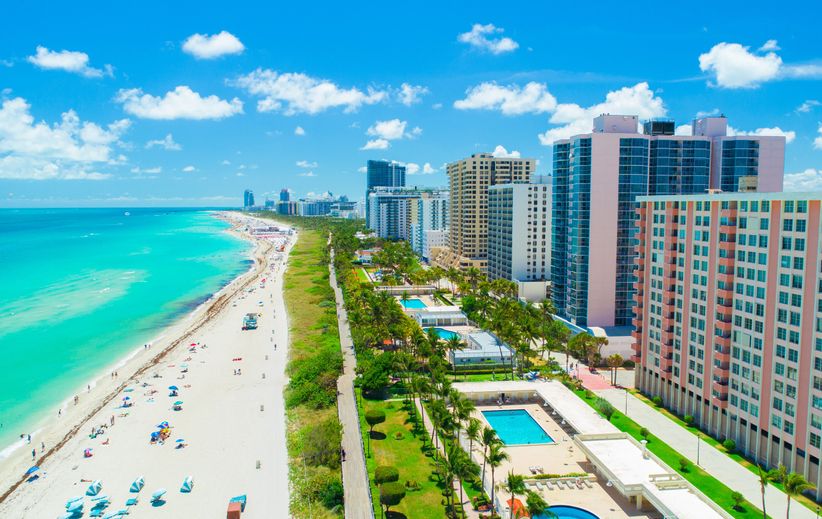 Set your sights on Miami for the ultimate guys’ night out. The temperatures aren’t the only thing sizzling in this southern Florida getaway—Miami is known as *the* place to see and be seen (let us remind you of the Will Smith song). If you’re looking for bachelor party destinations that offer a mix of glamour, nightlife, and endless sunshine, head to South Beach, Miami’s most exclusive neighborhood. Spend the day soaking up the rays on the beach or a private boat, then rest up before hitting the town after dark. Thanks to Miami’s Latin American culture, Cuban food is a must-try for anyone visiting town, so prepare for plenty of delicious meals (and cigars, if that’s your kind of thing). 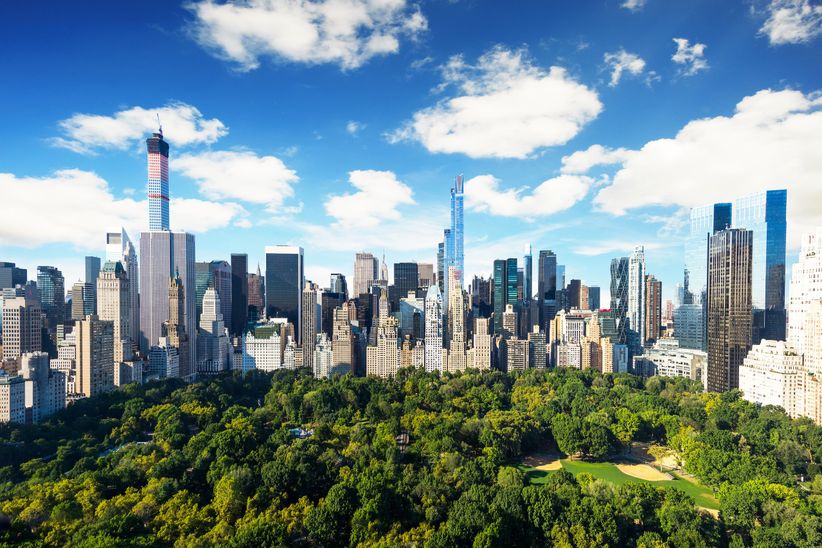 From uptown, downtown, and everywhere in between, there are so many bachelor party activities in the Big Apple. Manhattan’s iconic landmarks, like the Empire State Building and the Statue of Liberty, are must-sees if you’ve never been to the city before. When it comes to the VIP treatment, there’s no shortage of options in NYC—make the groom feel like a million bucks by renting a private suite for a game at Madison Square Garden or Barclays Center. If you’ve got foodies in your crew, they won’t be disappointed by the city’s endless options of restaurants (grab a slice of New York’s famous pizza!), beer gardens, and street vendors. 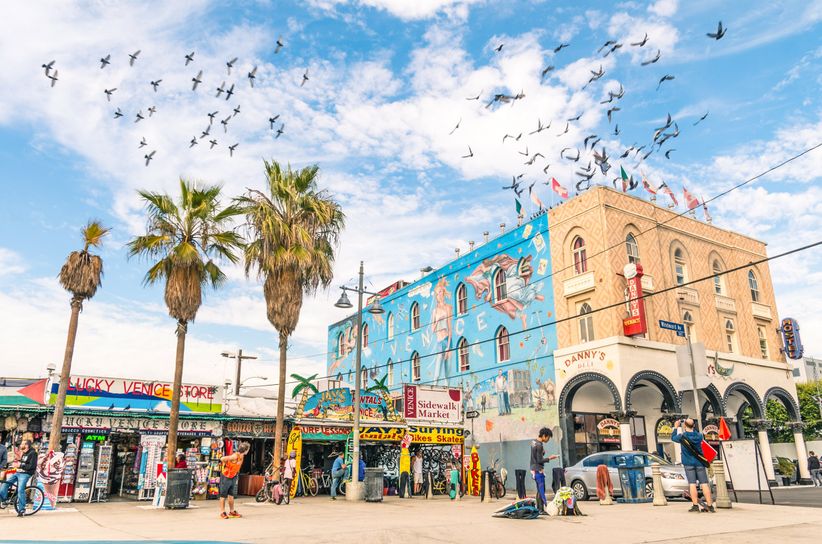 For a mix of relaxation, excellent nightlife options, and celeb-worthy hotspots, there’s no better place than Los Angeles. This sunny West Coast hub has something for everyone, which makes it a great bachelor party destination if you’re traveling with a group of people who have varied interests. Each neighborhood in Los Angeles has its own vibe and attractions. Venice is home to street performers, artists, skateboarders, and the famous Muscle Beach. Santa Monica is great for shopping, relaxing, and taking in amazing views from the picturesque pier. And then there’s Hollywood, where you’ll find iconic landmarks like the Walk of Fame and the TCL Chinese Theater. 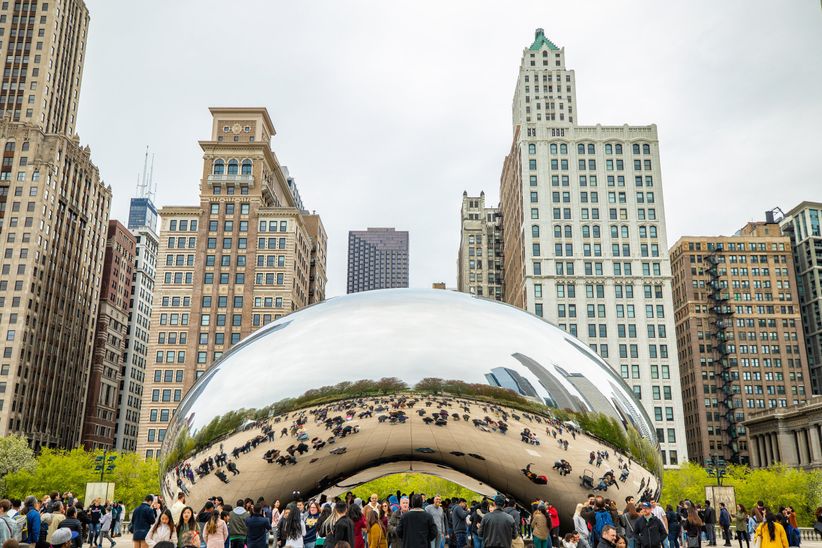 Pizza, sports, beer...what more could you need for an unforgettable trip with your buds? Chicago has all of this and more, which is why it’s one of the top bachelor party destinations in the country. The Windy City is a go-to bachelor party spot for midwestern groomsmen, but Chicago is also relatively easy (and affordable) to reach by plane from most places in the U.S. If it’s your first time in town, spend a day hitting up sights like Navy Pier, Millennium Park (home of Cloud Gate, a.k.a. The Chicago Bean), and the Willis Tower, where you can stand on a glass balcony at 1,300 feet. Other ideas include catching a Cubs game at Wrigley Field, seeing a comedy show at Second City, or chartering a party boat on Lake Michigan. 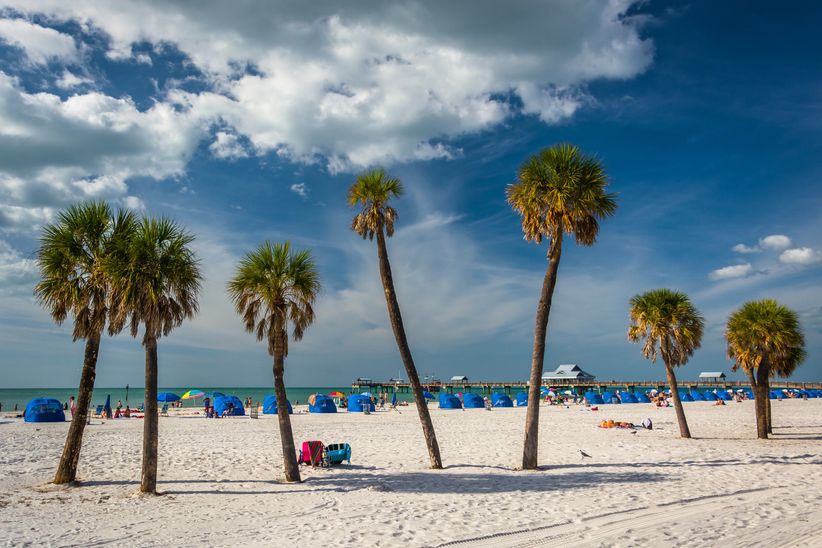 Tampa is one of the top bachelor party destinations for the crew that loves to be outdoors. Whether you’re fishing, golfing, or simply chilling at the beach, Tampa has plenty of options if you’re looking to soak up the sun—there are an average of 361 sunny days a year in this Gulf Coast town! Check out Clearwater Beach for one of the most pristine stretches of coastline you’ve ever seen, then head to Ybor City or the Tampa Riverwalk when you’re ready for a night on the town. 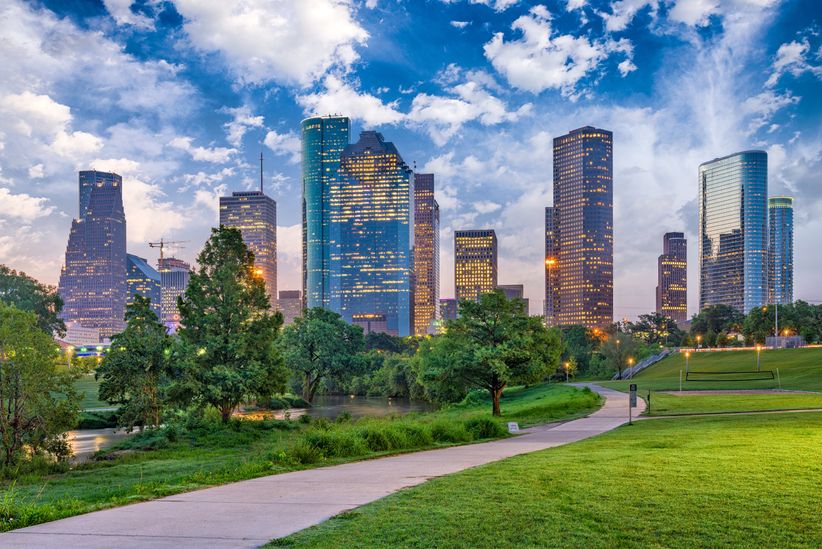 Southern charm meets urban buzz in Houston, Texas. Home to craft breweries, golf courses, space museums, and world-famous BBQ eateries, Houston is an up-and-coming bachelor party destination that’s not to be overlooked. Staying in downtown Houston puts you within walking distance (or a short drive) to a variety of attractions, including Hermann Park, Conservatory (an underground beer garden), and a stretch of the city’s best bars and restaurants. Hosting a bachelor party for a groom who loves music? Look no further than this bustling city at the southeastern edge of Louisiana. As the birthplace of jazz, New Orleans is filled with live music clubs, dive bars, indie record stores, and street performers, giving you endless musical options around every corner. If you’re looking to party, the famous French Quarter is one of New Orleans’ most historic neighborhoods, home to Bourbon Street (that’s where you’ll find the notorious Hurricane cocktail), Cafe Du Monde, and all the po’ boy sandwiches you could ever want. And they don’t call it the Big Easy for nothin’—the undeniable laid-back attitude of its residents will make your visit even more fun. 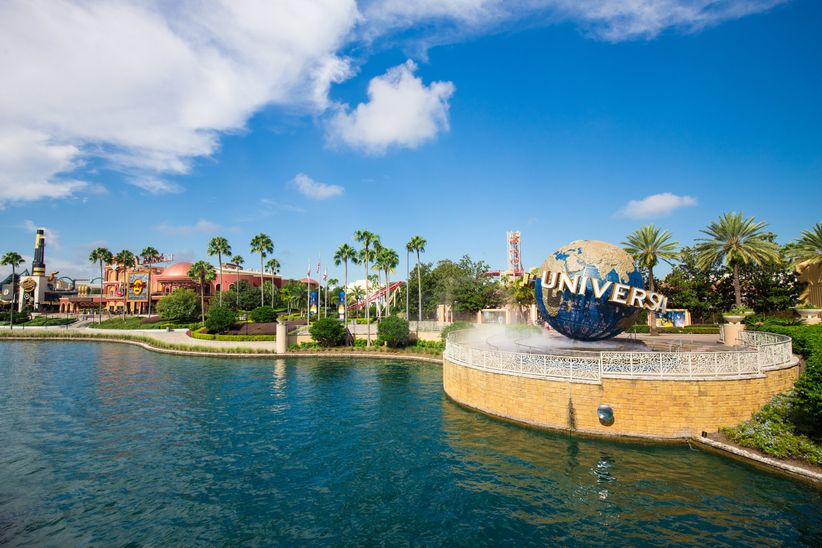 Best known for its major amusement parks (Walt Disney World, Universal Studios, and SeaWorld), Orlando is the place to be if you’re into an adrenaline-packed bachelor party. But roller coasters and thrill rides aren’t the only things to do in Orlando—you’ll also have top-rated golf courses, restaurants, and dozens of nightlife options right at your fingertips. The outdoorsy crew will enjoy paddle boarding or canoeing along the Wekiva River, while foodies and beer enthusiasts can indulge at one of the many craft breweries in Orlando. Call it the Las Vegas of the East Coast. Atlantic City, home to exciting nightlife and oceanfront hotspots, continues to be one of the top bachelor party destinations in the country. Along with its many casinos and glitzy, high-rise hotels, this resort town brings a lot to the table, including outdoor activities (golfing, windsurfing, fishing), famous restaurants, designer shopping, concert venues, and celebrity nightclubs. Plus, it’s less than a day’s drive from other East Coast cities, such as Philadelphia (about an hour and a half), Baltimore (about three hours), and Boston (about six hours).