The number-one most popular month for a wedding might surprise you—hint: it's not in the springtime!

When considering dates for your big day (and factoring in the wedding dates to avoid), there are pros and cons to choosing a day in one of the most popular wedding months. On the bright side, most popular wedding months are in demand for a reason. These months are usually known for temperate weather, and they’re not during super-popular travel seasons so it may be easier for guests to book travel and accommodations. However, there is a downside to setting your date in one of these popular months. Demand for venues and vendors is likely high during these times of year, so unless you have a super-long engagement, you might find certain vendors to be booked up. Also, some venues and vendors charge more during the “peak season,” so you might find certain costs to be higher. (Psst! If you're having a hard time nailing down an exact date, WeddingWire’s wedding date tool can be a big help.)

So which are the most popular wedding months? Here’s a list of the top five most in-demand months for weddings—and the least popular, in case you're wondering.

According to the 2020 WeddingWire Newlywed Report 10 percent of couples marry in August, making it the fifth most popular wedding month. August is a popular time for vacations (particularly for students or those who work in education), so your guests might feel more inclined and able to escape the office to travel to your wedding locale during this time of year. While it’s one of the warmest months of the year, late August does mark the beginning of the peak of hurricane season on the East Coast, so there is some element of risk involved with hosting an August wedding in that area.

Springtime is an inherently romantic season, and couples certainly prefer May flowers to April showers! May is one of the most popular wedding months (11 percent of couples marry in May) for good reason—warmer weather and the feeling of rebirth and renewal that spring brings, which is so appropriate for a wedding. In fact, springtime was historically the most popular season for weddings, but now it’s actually in fourth place. May also kicks off what’s known as “peak wedding season,” which runs until October. In this season, wedding venues and vendors are most in-demand so you’ll face more competition for desired vendors if you’re hosting your big day during this time of year.

Summer brings a time of relaxation and vacation mode for many, so it’s not surprising that June is one of the most popular wedding months, with 13 percent of couples marrying in June. Summer is actually the second most-popular season for weddings, and 31 percent of couples marrying in the summertime. June temperatures tend to be a bit milder than steamy July and August, so it’s no wonder that couples choose this month for summer soirees. In fact, in 2015, June was the most popular month for weddings!

Here’s a fun wedding fact: Couples love fall weddings. Turns out that 36 percent of couples get married in the fall, and September is the second most popular wedding month, with 15 percent of couples marrying then. September provides that fall feeling, but offers the still-warm weather of summer in many parts of the country (though, like August, you’ll run the risk of hurricanes on the East Coast).

October has been the most popular wedding month for the past few years. In fact, three of the most popular wedding dates in 2019 took place in October (the 7th, the 14th, and the 21st). Whether you’re hosting a fall-themed wedding or not, there’s so much to love about this time of year—the crisp air, the cozy vibe, the changing leaves (hello, amazing photo ops!), pumpkins, apples, and more! So raise a glass of cider to October, the most in-demand month for weddings!

Not surprisingly, December, January, and February are at the bottom of the list when it comes to popular wedding months. In many parts of the country, outdoor weddings are just not an option in the winter due to the frigid temps and increased chance of snow, so couples tend to shy away from cold-weather weddings in general. However, we think winter weddings do have their benefits. Some vendors offer discounts during the off-season, and your guests will appreciate having a fun event to attend during the often dreary, colder months. Planning Basics 9 Wedding Day Timeline Rules Every Couple Should Follow Make sure your wedding runs as smoothly as possible with this wedding day... 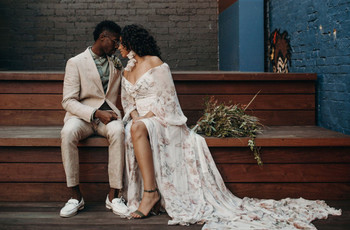 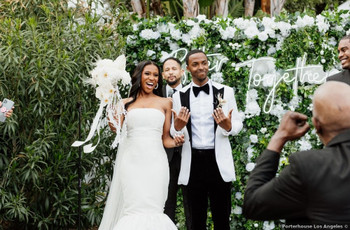 Planning Basics How to Plan Your Wedding in Just 6 Months Planning a wedding with a shorter engagement? Check out our 6-month timeline to... 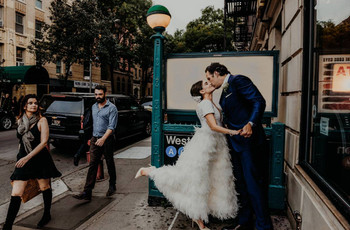