By Jenn Sinrich April 8, 2019 0
Saved Save
Finding love online can have its ups and downs, but by following a few simple tips, you'll be way on your way to finding that special someone. 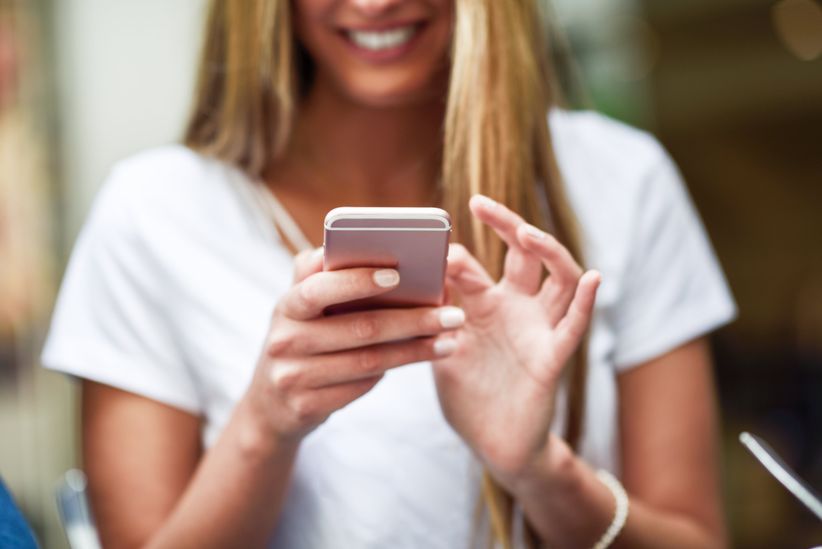 Gone are the days when folks would have to explain to questioning on-lookers what finding love online actually meant. In fact, nowadays, “dating” and “online dating” are practically synonymous, even for those who are looking for long term relationships, points out Dave Bowden, online dating expert and confidence coach. “In most circles, any stigma that used to exist around online dating has completely evaporated, as adoption of online dating apps and platforms has continued to rise, whereas, in the early days of online dating it was novel to hear about a couple who met online and then got married,” he says. “Today so many people have adopted online as their primary (and in a lot of cases, only) means of meeting people that many millennials say they don't expect to ever meet someone through other means.”

Whether you’re only just considering finding love online or are several months of years into your journey, consider these dos and don’ts from online relationship professionals.

Do: Include slightly more information than average.

“The advantage of finding love online is that it allows you to prescreen people, and others to prescreen you, which can lead to better dates with people you’re more compatible with, however, if you don’t provide enough information in your profile, people won’t be able to tell if you’re someone they think they’d get along with,” warns Bowden. “While it's true that no one wants to read a to me as long as War and Peace on your dating profile, it's also true that a sparsely filled out profile gives the impression that you're only half-serious about using whatever platform you're on, which may deter some people.”

Don’t: Use old or misleading photos.

Of course you want to put your best face forward, so you might choose some of the more flattering photos you’ve taken. However, be sure that they’re recent and accurate (a.k.a. not edited or Photoshopped in any way). “Using a photo from when you were 10 years younger or 20 pounds lighter might help you land a first date, but chances are it won’t lead to a second one, and you’ll have wasted both your time and your date’s,” says Bowden. “It’s better to be honest upfront rather than mislead people into date they didn’t expect.” He also suggests mixing in a few shots of you with friends to reveal a little bit more of your personality (and provide what marketers call "social proof").

Do: Show off your sense of humor.

Just like when meeting someone new in real life, humor can be one of the best ways to come off as charming and fun to be around online, according to Bowden. “A lot of people get intimidated at the thought of trying to come off as funny, but you don't have to be a stand-up comic or a natural jokester to inject your profile with a little humor,” he says. He recommends putting together a first draft of your profile without thinking about humor at all, then going through and looking for two or three places to poke fun at yourself or add a bit of humor.

When it comes to sending messages, Bowden says it’s best to focus on quality more than quantity. “While it may be tempting to fire off a quick ‘Hey’ to hundreds of people who look kind of attractive, chances are most of those messages won’t get a response,” he explains. “You’re better off identifying a handful of people who you’re both attracted to and interested in, and sending longer messages that can spark real conversations.”

Do: Be specific in terms of what you’re looking for in a partner.

Not everyone’s on the same digital page. “If you’re newly single and want to date several people or play the field, don’t check the box that says you’re looking for marriage, and if you’re looking for marriage or a serious relationship, don’t be afraid to say so,” says Julie Spira, online dating expert and digital matchmaker. “You’ll be attracting someone who wants the same type of relationship as you.”

At the stage in life in which you’re participating in online dating, it’s no surprise if you have an ex; however, it’s best not to mention him or her. “Complaining about how your ex was a bad parent, or about your divorce sets a negative tone on your profile,” warns Spira. “People want to date someone who’s happy and who can add enjoyment to their life—they’re not looking for someone who won’t leave the baggage behind.”

Do: Manage your emotions.

Like most things in life, finding love online comes with its share of ups and downs. For this reason, Paulette Sherman, Psy.D., psychologist, director of My Dating & Relationship School and author of Dating from the Inside Out, explains that it helps to practice emotional regulation through mindfulness or meditation so you respond in a centered objective way and you don’t personalize other daters behaviors as a personal rejection.

Many singles lose hope when they have written prospects and they don’t hear back or they get ghosted, which is understandable, explains Dr. Sherman. However, it’s best to maintain an optimistic attitude when finding love online. “When you think about it, online dating is much more mentally challenging than anything else—for example, if you had to go to singles events they would probably be more expensive, time consuming and often more depressing,” she points out. “Online dating sites have more targeted prospects for less money and you can do it on your own schedule from your pajamas at home, so it’s important to manage your expectations and psychology.”