ARE YOU A VENDOR?
Rehearsal Dinner

Rehearsal Dinner Toasts: Who Gives 'Em & What to Expect

Wondering who all is supposed to give a rehearsal dinner speech? Unlike the wedding reception, it's not a short list.

The list of speeches to be given at your wedding should be short — you don’t want to cut into that dance floor time! — not to mention the toasts themselves should be kept to a maximum time of three minutes. But when it comes to who gives a rehearsal dinner speech, this event is chance for anyone to speak and share a story, since the setting is more relaxed.

These are the guests who are typically asked to give a rehearsal dinner speech.

Fathers of the bride and/or groom

Mothers of the bride and/or groom

Again, according to tradition, once the fathers have spoken, the floor is opened up to the mothers of the marrying couple. However, this tradition is easily read as sexist, so feel free to ask your parents to give a rehearsal dinner speech in any order that pleases you. Moms should certainly be given the opportunity to toast you at some point, though.

Aunts, uncles, and other family members

The typical wedding rehearsal dinner guest list includes immediate family members, the wedding party, and sometimes, the officiant is also in attendance. At modern parties, though, other close friends, family members, and out-of-towners are often invited, including aunts, uncles, and cousins. Since these loved ones might not be on your list of wedding-day speech-givers, the rehearsal dinner is the perfect time to have them speak about you and your relationship.

It’s fine to keep your rehearsal dinner guest list small. But many couples choose to invite their friends, too—or even open it up to all of their guests. If that’s the case for you, you may want to open up the floor to your pals for a funny rehearsal dinner speech—or roast!

Since the actual day of your wedding is sure to be busy, many couples choose to invite their out-of-town guests to the rehearsal dinner. These are probably people you don’t get to see very often, so spending quality time with them before the wedding is very special. Asking these guests to give a rehearsal dinner speech can be especially sweet, since these may be people who have known you for a long time.

If your officiant has been a part of your life for many years it can be nice to have the person who will legally bind you in marriage to give a rehearsal dinner speech about the importance and meaning of commitment.

You may be fortunate enough to have many family members and friends who want to speak on your behalf. If that’s the case, and you have the time, you may want to open the floor to anyone who wants to say a few words. Ask that they keep rehearsal dinner toasts brief (tell a short anecdote, etc.)—you may be surprised (and delighted) by what you hear! 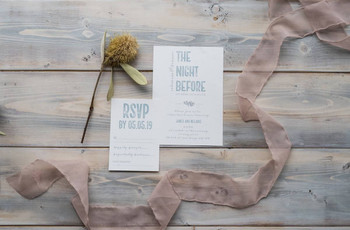 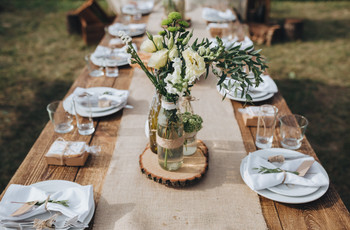 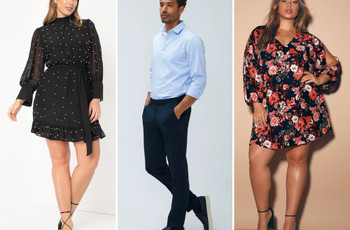 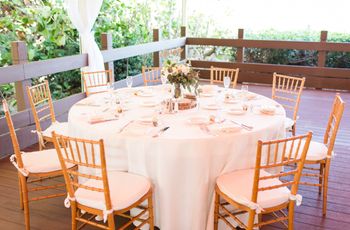 Rehearsal Dinner Who Should Sit Where at the Rehearsal Dinner? Planning your party before the party? Here's the rundown on seating etiquette...
See more articles