6 Mistakes Couples Make in the First Year of Marriage

While you're still technically in the honeymoon phase, there are still plenty of marriage mistakes that can be made during year one. Here's how to start your union on the right track.

Marriage is a beautiful thing—it binds you and your significant other in an official way that allows you to go through life in a legal partnership that affords you countless benefits. It also involves the undoubtedly romantic aspect of the two of you committing to spending the rest of your lives together—for better or for worse—which is incredibly endearing, to say the least.

According to the National Center for Family and Marriage Research, an estimated 66 percent of married couples have already lived together before they said “I do,” which is an important milestone that bodes well for the longevity of your relationship. However, there are some key psychological changes that occur when you become officially wed—even if you’re already roommates. “Many little things that didn’t bother you earlier, or maybe even that you thought were cute, may suddenly be annoying when you think about it happening forever,” says Amy McManus, LMFT, relationship therapist and owner of Thrive Therapy, Inc. in Los Angeles. “A ring on your finger is not a magic cure for any insecurities about your relationship.”

The unfortunate reality, according to McManus, is that many couples go into marriage unprepared for the challenges it can and likely will bring, and, as a result, many make marriage mistakes along the way—especially in the first year.

Here are the 6 most common marriage mistakes couples make in year one.

It’s normal to go into a relationship, and especially a marriage, with certain expectations, such as that the two of you will share your finances, that you’ll start building a family right away, or that you’ll do more things together as a couple, notes McManus. While it’s OK to have such expectations, it’s not OK to assume that your partner is on board without discussing them. “This is not an insurmountable problem, but if you find that you and your partner disagree about some fundamental things in your life together, you should probably get some professional help from a therapist or a spiritual counselor,” she says. “Therapists who are trained in couples’ therapy can give you a framework for discussing your differences in a way that feels emotionally safe, and can help you sort things out calmly and come to an understanding about each other that is deeper and more loving than before.”

Marriage Mistake #2: Comparing yourselves to other newlyweds.

“Even though we all know that Insta is not the place where everyone reveals their true self, we still compare the intimate knowledge we have about our own relationship flaws to the seemingly perfect relationships we see on our social media,” says McManus. If you start to think your relationship is not as good as that of your friends, it will likely only lead to disappointment and resentment. “This can be a great time to do some individual therapy, in order to learn more about yourself and where this insecurity comes from,” she says. “Individual therapy can also give you the tools to communicate better with your partner and improve your relationship—even if your partner doesn’t ever go with you to therapy!”

Marriage Mistake #3: Not acknowledging the change to your relationship.

“Many couples, especially those who have been together a long time before marriage, will say that nothing changes when they get married,” notes Talya Knable, a licensed clinical professional counselor.  “While this might be true of day to day experiences, it is important to be aware of the fundamental change that does take place when you get married.” The fact that you have committed to your partner for life should not be something that’s understated—ever. She urges couples to recognize the key change that has been made to their relationship and to honor that change.

Marriage Mistake #4: Trying to “win” in an argument.

Fighting is a very normal part of a healthy relationship—so long as you fight fair. Part of fighting fair means not focusing on who is right, but rather what will best solve the issue at hand. “It’s easy to become reactive and get into a senseless argument that goes nowhere,” says Tina B. Tessina, PhD, psychotherapist and author of How to Be Happy Partners: Working It Out Together. “I see couples who have become so reactive that they can’t talk about anything.” Instead, she recommends simply talking about the problem long enough to be clear what it is and then switching to solutions. “What would solve the problem? What do each of you want? How can you make that happen?” she adds.

“Make up sex” after an argument may help relieve the tension in your relationship, but it’s sort of like sweeping the issues under the rug. It will make you feel better for now, but if you never work things out together, sex will eventually not be enough, and you’ll start arguing about that, warns Dr. Tessina. “Sex is an important source of energy for your years together, and it won’t work if you don’t feel like partners elsewhere in your life,” she says.

Marriage Mistake #6: Agreeing with whatever your partner says.

Agreeing with your partner about things that you think shouldn’t really matter, but that do actually matter to you, becomes a much bigger problem in the end, warns McManus. “If something is bothering you, the best thing you can do is learn how to communicate this to your partner in a way that is not blaming or threatening,” she says. “You want to show your partner that you know you are responsible for your own reaction to things, but you would also like them to hear and understand what you are feeling.” At the end of the day, she says that it’s most important to be heard and understood.

Married Life Why Maintenance Sex Matters So Much in a Marriage If your relationship in a bit of a lull, it might be time to start putting... 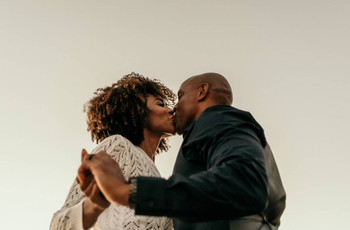 Married Life Wedding Anniversary Themes By Year: All the Gift Ideas You... Whether you're celebrating your first or 60th, this handy guide to wedding... 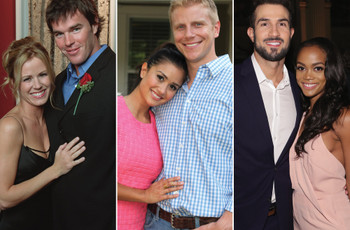 Married Life Every Single 'Bachelor' Couple That's Still Together Today What happened after the final rose? We break down how many Bachelor couples are... 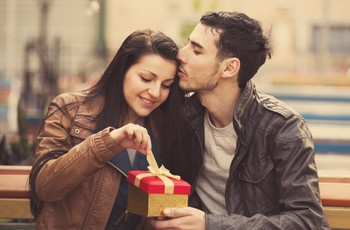