kind of in love with this BM color idea! opinions?

Ok so I was going to have my girls all in turquoise with my colors being teal/turquoise and coral for my beach wedding. Then, I found this picture! I am in love with this color scheme and then I can incorporate a whole bunch of colors in my wedding! What do you all think? 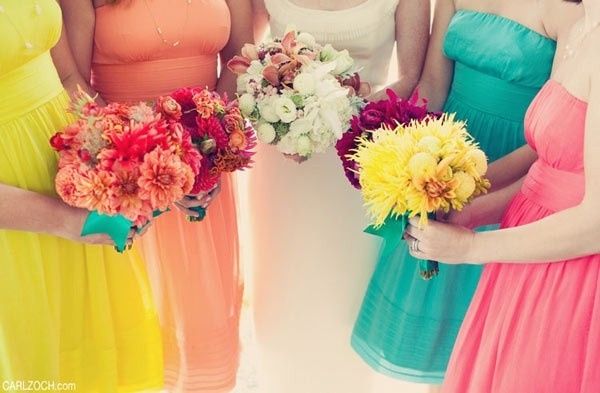