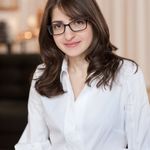 Are you having a Christian or Jewish wedding ceremony? Each religion has its own guidelines of who walks down the aisle when in the wedding processional order and which side each family is seated on. It’s important to discuss your wedding processional order with your officiant to get an understanding of what is traditional as well as what details you can customize.  For example, if a bride wants her father and stepfather to escort her down the aisle, she may enter the ceremony venue with her stepfather and halfway down the aisle meets her father who will escort her to the altar.

Here is a guide to help you organize your wedding processional order.

The following wedding processional order can be used for Christian denominations:

Groom’s Parents: It’s optional to honor the groom’s parents by having them walk down the aisle. They can be seated after all of the guests and before the mother of the bride.

Mother of the Bride: The mother of the bride is the last person seated before the officiant, groom and best man take their places at the altar. She can walk alone or be escorted by her son, son-in-law or another relative. She is seated on the left side in the first row.

Officiant: Awaits the couple at the altar

Groom and Best Man: Enter the ceremony venue and stand at the altar

Bridesmaids and Groomsmen: Walk down the aisle in pairs or if an odd number of members individually or in a group of three

Maid/Matron of Honor: Walks down the aisle alone

The Ring Bearer and Flower Girl: Children can walk together or the ring bearer can enter before the flower girl

The Bride and Father of the Bride: The bride walks on her father’s right side

During the ceremony the bride stands on the left and the groom on the right, both facing the officiant.

Depending on the religious service of your wedding ceremony, a Jewish wedding processional order may vary slightly from the following:

Rabbi and Cantor: Either walk down the aisle before the wedding party or enter the room from the side and stand at the altar

Best Man: Walking alone, he precedes the groom and his parents

Groom: The groom walks down the aisle with both of his parents, his father on his left arm and mother on his right

Maid/Matron of Honor: Walks down the aisle on her own

Ring Bearer and Flower Girl: Children can walk together or the ring bearer walks ahead of the flower girl

Bride: The bride walks down the aisle escorted by both of her parents with her father on her left arm and mother on her right

A Jewish wedding ceremony is held beneath a chuppah. The couple will stand with the best man and maid of honor as well as their parents during the ceremony. Grandparents take seats in the front row after they walk down the aisle.  Members of the wedding party can stand to the sides of the chuppah (groomsmen on the left, bridesmaids on the right) or they can be seated in the first row.

Same-sex couples can organize a wedding processional order that reflects the religious service of their ceremony and/or personal preference.  The couple can walk down the aisle together or individually, escorted by someone or on their own. Some same-sex couples create two aisles that allow the couple to walk down each aisle at the same time and meet together at the altar.

A military wedding ceremony can be a civil or religious service. Couples having a military ceremony can follow the religious guidelines of their faith or create a wedding processional order that reflects their wedding party.