Why Having Frequent Sex in Marriage Is so Important

By Jenn Sinrich April 15, 2019 8
Saved Save
If you and your spouse lead busy lives, frequent sex in marriage may be less of a priority. Here's why it's so important. 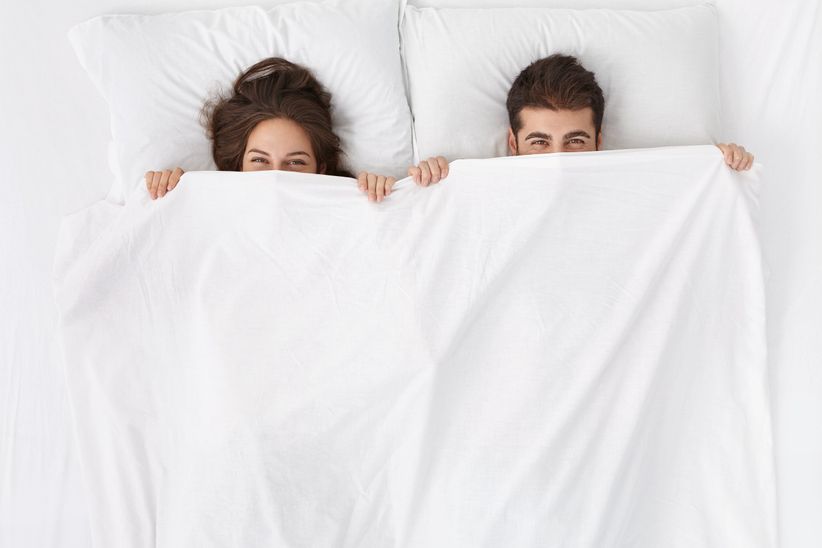 When you and your partner first met and fell in love, you probably couldn’t get enough of each other! In fact, it’s no surprise if you were hitting the sheets on a multiple-times-a-week (or day) basis. But as the months and the years have passed, you might have noticed not-as-frequent sex in marriage. You may have been living together for some time and, while you love your partner dearly, you might prefer to simply cuddle on the couch at the end of a long day as opposed to having sex. If this sounds like you and your partner, there’s no immediate cause for concern, however, experts agree that having regular, frequent sex is one of the best things a couple can do to enrich their relationship and their marriage.

What defines frequent sex in marriage might be entirely up to the couple. “For some couples, nothing less than five to seven times a week would qualify as frequent, while, for others, even once a week could feel frequent,” explains Jenny Block, sex educator and author of The Ultimate Guide to Solo Sex. The key, she says, is knowing what feels right for the two of you as a couple. “If you’re feeling connected and satisfied, if you’re feeling intimately connected and fulfilled, then your frequency level is right on track.”

Here are some impressive reasons why frequent sex can enhance your marriage.

It gives you more alone time.

Frequent sex in marriage tends to allow couples to have the adult time and connection that is needed to have the relationship have a better shot to work out long term, explains Stef Safran, Chicago-based matchmaker and founder of Stef and the City. “You need to have time as a couple without the daily stresses of work, friends, family and kids, to connect as a couple and to make your relationship a priority to remember why you are guys are into each other!

It makes you happier.

Did you know that research shows that couples who have sex weekly experience an increase in their overall happiness level? “Research showed that weekly sex versus monthly sex created a greater increase in happiness than people who made $75,000 vs. $25,000 a year!” says Jonathan Bennett, a certified counselor and relationship coach. “So, a happy marriage likely hinges more on good sex than your combined paycheck!”

It makes you healthier.

Put simply, frequent sex in marriage is healthy. “Orgasming is good for the brain, your skin and even your heart,” says Block. “Having lots of them will make you feel great and make you want to have even more sex—and nothing’s better for a marriage than wanting to be close to your partner.”

It can help you de-stress.

There’s no denying that life can be stressful, but sex can actually help relieve the tensions you're feeling—both in and out of your marriage. In fact, one study published in the journal Biological Psychology, found that those who had sex reacted better to stressful situations as observed through lower blood pressure. “Since a marriage can be stressful, frequent sex can help you deal with it,” reminds Bennett.

Physical intimacy, however,  without emotional intimacy can be damaging to a relationship, according to Bonnie Winston, celebrity matchmaker and relationship expert. “If all you’re having is a lot of sex, but not talking, sharing, parenting together, or spending time outside of the bedroom together, you might as well be single,” she says. She does agree, however, that sexual intimacy is important. “It builds self-esteem and imparts a sense of well-being, and physically, it’s been shown to improve overall health as well, with the boost of endorphins.”