Thinking of Firing a Bridesmaid? Follow These 6 Steps First.

Let’s see if we can’t de-escalate before you consider firing a bridesmaid. 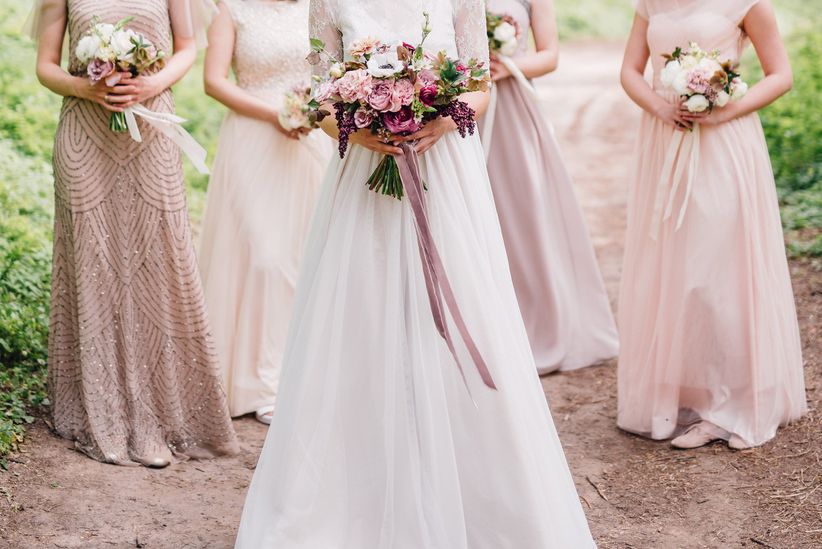 You know what they say about the best laid plans—and there’s no time quite like wedding planning for even the most meticulous vision to become spectacularly upset. And it’s not just stuff that can go wrong, either. People, from the chillest of brides to the mildest of mothers-in-law, can be thrown totally out of whack by an impending wedding. And while it all will likely get figured out as soon as you and your betrothed walk down the aisle, a best-friend-turned-misbehaving-bridesmaid can start to feel like way more trouble than she’s worth long before that—and firing a bridesmaid may seem like the best solution. So, what do you do?

While the impulse may be to “fire” her, it’s worth taking a step back and a deep breath first. You wouldn’t fire your fiancé(e) even though you keep getting into arguments about wedding decor and cocktail hour snacks, would you? And you wouldn’t (read: can’t) fire your mom for driving you absolutely crazy about every single wedding decision you’ve made so far. Furthermore, you wouldn’t fire your best friend from being your best friend over a fight—so why are we as brides-to-be so quick to want to fire a bridesmaid? My guess is that we feel like we’re asking a lot of our bridesmaids, and in “firing” them, we almost feel like we’d be relieving them of whatever huge responsibility is making them act out. Or maybe it’s that emotions are running extra-high during the wedding planning months and our reactions follow suit.

Whatever it is, let’s see if we can’t de-escalate before you consider firing a bridesmaid.


Step 1: Figure out why you're actually upset

There’s a reason why firing a bridesmaid may sound like a good idea—maybe she’s missing all your events, got wasted and threw up on your grandmother at your shower, or plans on wearing white to your wedding?—but then there’s the reason you’re upset, which is a whole ‘nother animal. Maybe you’re mad because you feel like she should care more about your big day, maybe you worry getting married is going to cause the two of you to drift apart… Take a moment to figure out what’s going on underneath the superficial reason that that made you angry with her in the first place. You might be surprised to find it has more to do with you and your wedding stress than your actual friend and what she did.

Especially when your emotions and anxiety are running high, it can be easy to skip the obvious steps of resolving an issue and go straight to the “Forget it! I’m done!” part—just so you can cross something stress-inducing off your list. But you’d be amazed at how much better just talking out a bridesmaid conflict might make you feel over firing a bridesmaid, upsetting your wedding plans, and not having one of your best friends by your side on your wedding day. After you’ve had time to collect yourself, grab coffee with the ‘maid in question, and put your feelings on the table. Tell her exactly what she’s doing that’s got you so upset, and remind her how important your wedding is to you, and, even more, how important it is that she be there with you on your wedding day—without the bad vibes. Give her the space she needs to respond, and try your hardest not to let the conversation get heated. Oh, and, another thing? Do not have this conversation through text message! 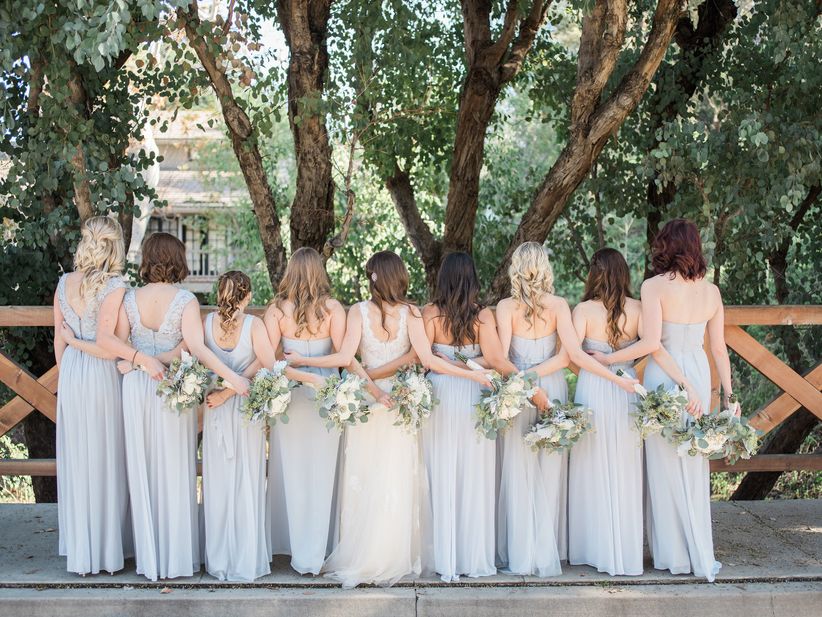 Step 3: Spend more time together—just the two of you

Ironically, even though part of having a wedding is to celebrate your close friendships by inviting them to be a part of your bridal party, planning a wedding means you’ll probably be seeing less of your close friends than normal. This distance can cause anxiety, conflict, drama—all the feelings that lead to blow-out fights and wondering why you even invited a certain person into your bridal party anyway? Before you go nuclear and give her the boot, think back to the last time you actually had friend time with her—if you can’t remember, schedule a GNO, ASAP. Erase expectations, forget whatever it is you were fighting about, and just have a good time like old times. If you feel that familiar explosion of love for her wash over you by the end of the night, it’s probably a good indication you do not want her out of your bridal party, so, if whatever conflict that brought you here is still bothering you, start over at Step 1 and work it out.

Step 4: Ask if she still wants in

It’s highly possible that your pal isn’t being the World’s Best Bridesmaid because of something going on in her own life—not because she wants to sabotage the best day of your life. And while firing a bridesmaid may only make you both feel terrible, offering her the opportunity to bow out amicably—but still be present at your wedding as a loving friend—might be just what the doctor ordered. Some people just aren’t the bridesmaid type, or live too far away to make it work, or have crazy busy or complicated lives, or just don’t really get the whole bridesmaid thing. Maybe she said yes because she felt pressured, and is acting out on that pressure, causing conflict that’s making everything worse? Whatever it is, sitting down with her and kindly, non-passive-aggressively explaining that she doesn’t have to be a bridesmaid if she doesn’t want to, but you still consider her one of your closest friends regardless could be the wonder solution: If she bows out, you don’t have to deal with an uninterested, drama-causing ‘maid anymore but you also don’t have to fire anyone, and if she stays on board, you’ve been able to explain to her how seriously her behavior has affected you. And if she does opt out? Of course you’ll be bummed! But just know you tried your best, and the future will (hopefully) be negativity-free!

In weddings as in life, it takes a village. And with all the weight of wedding planning on your shoulders, you shouldn’t have to take on dealing with a troublesome bridesmaid by yourself. That’s what the rest of your bridesmaids are for! Before you get to firing territory with a ‘maid, have a chat about your frustrations with her with the rest of your bridal party—in a pragmatic, “let’s fix this!” way, not a catty way. If everyone works together to rally the one bridesmaid that’s making things difficult, there’s a good chance her issue can be solved without you having to resort to extreme measures. One thing everyone in a wedding party can usually agree on? No one wants an upset bride!

This isn’t a step, really. More of a state of mind to return to if bridesmaid drama becomes overwhelming. As you may have realized, the decisions we make while wedding planning are not decisions we’d normally make in our regular lives. There’s so much emotion, so many expectations and such pressure to please everyone. But it’s important to try to keep in perspective that your bridesmaids are friends—people!—rather than just more wedding props. And with people, rather than, say, table linens, you can work problems out, rather than just ditching ‘em for something else. Also with people, rather than table linens, they’ll still be around long after your wedding ends. And that’s why you really shouldn’t fire your bridesmaid. Trust me: Unless your ‘maid does something really unforgivable, you probably won’t regret keeping her in your bridal party. And, best of all, patching things up together will make your friendship that much stronger on your wedding day. 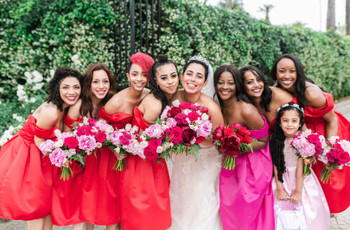 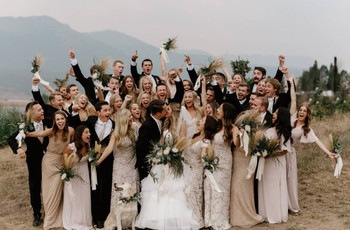 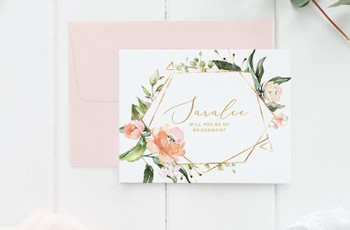 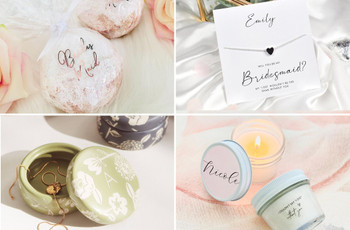 Wedding Party The 27 Cutest Ideas You Have to Include in Your Bridesmaid... Ready to propose to your bridesmaids? Here's exactly what to put in a bridesmaid...
See more articles