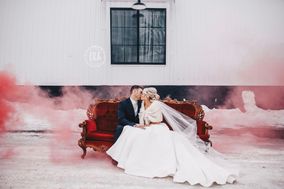 The Mill Events, LLC is a wedding venue located in Chetek, Wisconsin that was created with love and a passion for modern architecture. This industrial venue creates a private and inviting setting for a one-of-a-kind celebration, letting you experience comfort and casual elegance all in... (Barn & Farm Weddings Minnesota) 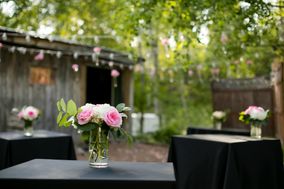 The Little Cloquet Cove provides a rustic, elegant setting just north of the city of Duluth. We offer something new, with the flexibility of selecting the vendors you want, in a peaceful, intimate setting. An ELCA Lutheran Pastor is available to offer online Prepare & Enrich classes as well as... (Barn & Farm Weddings Minnesota) 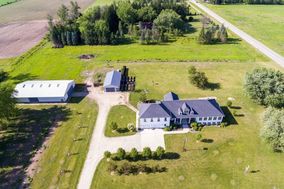 Hayvn at Hay River is a wedding venue located in Boyceville, Wisconsin, just an hour away from the Twin Cities area and 10 minutes from Meonomonie. The renovated property is nestled among picturesque rolling hills, offering a tranquil setting for any celebration. This venue would suit to-be-weds... (Barn & Farm Weddings Minnesota) 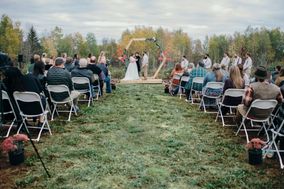 Located in Esko, Minnesota, Sitio Weddings + Events is an elegant event space for hosting milestone celebrations. Nestled among gardens and woodlands, here you can celebrate your love surrounded by the beauty of nature. It sits in the middle of Hammarlund Landscape Nursery. This venue is located... (Barn & Farm Weddings Minnesota) 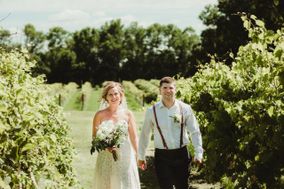 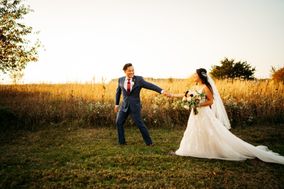 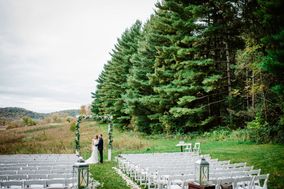 Round Barn Farm Event Center is a historic barn wedding venue located in Red Wing, Minnesota. Build in 1914, it is the perfect location for the couple that’s looking for an outdoorsy venue complemented by scenic views and a rustic, country atmosphere. This charming bed and breakfast provides a... (Barn & Farm Weddings Minnesota) 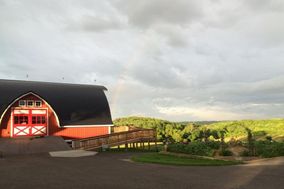 The Barn at Jean Acres is a rustic wedding venue located in Ellsworth, Wisconsin that has natural surroundings and country charm. This family-owned and operated farm will help you create an event that is truly as unique as you are, using their stunningly elegant big red barn as the backdrop. Book... (Barn & Farm Weddings Minnesota) 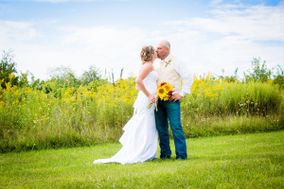 Emerald Ridge Weddings & Receptions is a campsite with a barn and banquet hall for couples’ weddings in the greater Minneapolis, Minnesota area. This outdoorsy and rustic venue offers two indoor spaces with the option of hosting an outdoor wedding ceremony. This venue can be found in Menomonie,... (Barn & Farm Weddings Minnesota) 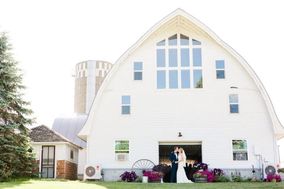 The Barn at Five Lakes Resort in Frazee, Minnesota fuses vintage charm and the scenic backdrop of northern Minnesota. As a private resort, couples and their guests can celebrate various wedding events while enjoying the beautifully maintained setting. Add a personal touch to this venue with the help... (Barn & Farm Weddings Minnesota) 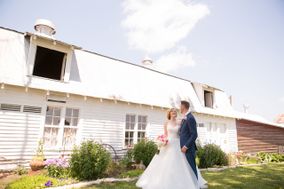 Take a step into rustic elegance at The Barns of Lost Creek wedding venue in Beldenville, Wisconsin. The expansive property on 40 acres of farm hosts multiple spaces for wedding celebrations. Couples can customize the space to reflect their dream wedding day. The serene beauty offers a smile as the... (Barn & Farm Weddings Minnesota) 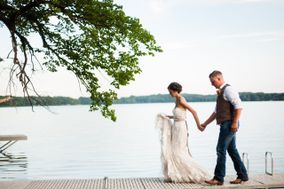 The Hideaway at Xanadu Island is a lakeside barn wedding venue located in Battle Lake, Minnesota. The extremely secluded facility is on a private island, surrounded by natural beauty and irresistible charm. The space successfully marries rustic with retro, and allows for couples to make it truly... (Barn & Farm Weddings Minnesota) 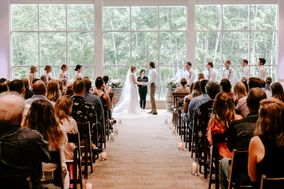 Surrounded by fields and forests, the Braham Event Center is a modern banquet hall with rustic decor on the outside and a modern, open floor plan on the inside. Our main feature is our large window with a view to beautiful birch trees, perfect for ceremonies in addition to receptions. The center can... (Barn & Farm Weddings Minnesota) 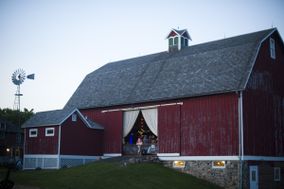 Bruentrup Heritage Farm is a historic barn wedding venue located just 16 minutes from the Twin Cities in Saint Paul, Minnesota. While its location makes this venue centrally convenient, its acres of open prairie will have you feeling as if you are perfectly secluded. This beautiful event space... (Barn & Farm Weddings Minnesota) 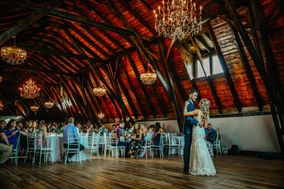 Big Rock Creek is so much more than just a place to get married! This is THE place to host a wedding EXPERIENCE!. Big Rock Creek offers lodging for up to 24 people right on the property! This allows you to host your grooms dinner, ceremony and reception all without gettting in the car and going... (Barn & Farm Weddings Minnesota) 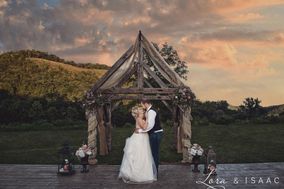 Outback Ranch Inc. is a vintage barn wedding venue based in Houston, Minnesota. This rustic and romantic ranch is perfect for the couple who loves the outdoors. Surrounded by horses and hiking trails, it serves as a one-of-a-kind and unforgettable country wedding venue.Facilities and Capacities With... (Barn & Farm Weddings Minnesota) 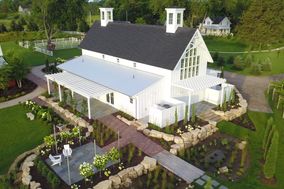 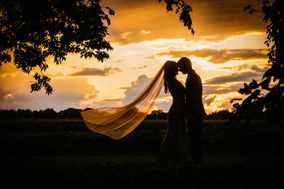 North Star Farm Event Center is a wedding venue located in the hills of the Minnesota river valley just outside of Le Sueur, Minnesota. They are interested in creating an atmosphere that is pouring with rustic charm and comfort. The venue is located on a picturesque farm that will enchant you and... (Barn & Farm Weddings Minnesota) 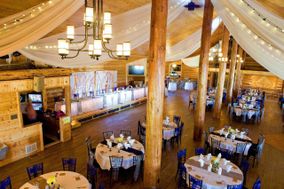 Glenhaven Events is a wedding venue located in Farmington, Minnesota, also serving couples from around the Minneapolis and St. Paul areas. This barn wedding venue is a rustic and charming location for you to celebrate your wedding ceremony, reception, rehearsal dinner, or other special event. Plan... (Barn & Farm Weddings Minnesota)

See other couples' reviews of barn & farm weddings in Minnesota 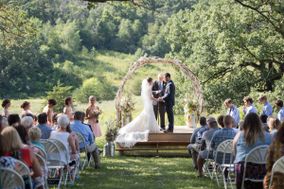 Almquist Farm
44 Reviews
Molly H.
5.0
We got married July, 2021 at Almquist and want to let you know how truly special our day was at Almquist Farm. Not only was the wedding day ...

The Barns of Lost Creek
36 Reviews
Kristina G.
5.0
This venue is absolutely breathtaking!! It is a gorgeous venue. It took the photographer a long time to figure out possible photo locations ...

North Star Farm Event Center
20 Reviews
Alex S.
5.0
Amazing venue with even more amazing owners/staff. The folks around North Star are alway there to be helpful and genuinely care about you ... 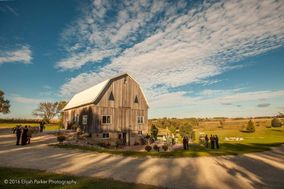 Pond View Barn
23 Reviews
David K.
4.8
The property was super beautiful in late July when we got married. Randy and Barb were superb. They answered all of our questions and were ...

Round Barn Farm Event Center
22 Reviews
Renee B.
5.0
5 OUT OF 5 FOR SURE! Kirk, Wendy, and Faith were all amazing to work with. They were attentive, kind, and actually care how their couples ... 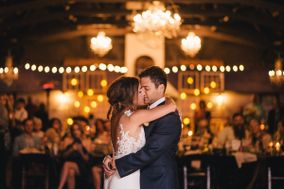 The Hidden Meadow and Barn
43 Reviews
Katelyn D.
5.0
This venue was an absolute DREAM. It perfectly fit our romance meets rustic vibe and I feel so happy with our decision to choose this ... 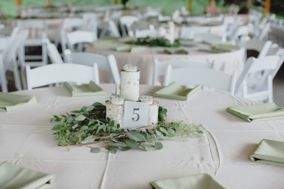 Cedar Creek Barn
14 Reviews
Tia S.
5.0
My husband and I fell in love with this location immediately and we are so grateful that this is where we decided to say 'I do'. The venue ... 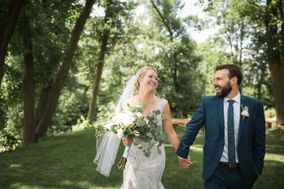 Croix-View Farm
41 Reviews
Christina L.
5.0
There is no where better if you are looking for a relaxed, country, laid back experience. My wedding weekend was so amazing and I couldn’t ... 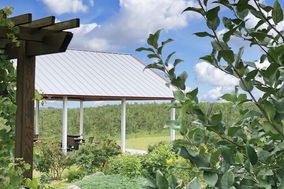 Fireside Orchard & Gardens
1 Review
Susan H.
5.0
What WASN'T perfect about our wedding event at Fireside Orchard? You would not believe how beautiful the setting is. Gorgeous landscaping ... 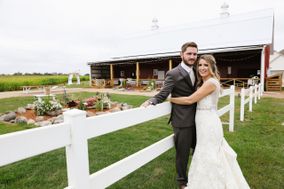 Scenic Escape Barn
4 Reviews
Elizabeth N.
5.0
My friends got majored here this last weekend and I was the maid of honor. The staff were all so friendly and helpful and helped not only ...

Rustic romance abounds throughout the North Star State. Farms and parks are plentiful, with nearly 40 percent of land defined as “rural” in 2017. Situated in the upper part of the Midwest and sharing a border with Canada, nature plays a key role throughout the state. Besides this, the Twin Cities and smaller locales serve as hubs of cultural influence. Mighty literary and musical legends such as Sinclair Lewis, F. Scott Fitzgerald, Prince, and Bob Dylan were all born in the state. Diversity in atmosphere and ambience are easy to come by. Chic, sophisticated, countryside charm: these attributes and more can be applied to weddings hosted at the many venues to choose from.

The production of dairy is heavily important to Minnesota and its economy. It is no surprise then at the abundance of barns that dot the landscape, built during different eras. This difference in history has given rise to varying architectural details, from classic red barns over 100 years old to new builds that are unabashedly modern. No matter the choice of location, Minnesota barn wedding venues feature tree-lined vistas and clear freshwater lakes nearby. You can celebrate with your loved ones in a covered shelter of bucolic sophistication or have your chosen DJ play songs under the splendor of stars.

Wisconsin, next door to The Gopher State, boasts similar natural and rural features. Agriculture likewise factors heavily into the economy. As such, it is not hard to find rolling hills of farmland that ebb and flow into reserves of forests, much like Minnesota. State and national parks, such as Devil’s Lake State Park and the Apostle Islands National Lakeshore, are only the tip of the iceberg in terms of natural recreation sites.

Minnesotans often jest that there are two seasons in the state: winter and construction. Jokes aside, the state in reality experiences all four seasons in equal measure. Winters are marked by immensely cool temperatures often complemented by blankets of snow. This then fades into longer and warmer days of spring until finally settling into hot and humid summers. Come fall you can expect hues of orange, yellow, and red to mark the trees creating postcard-worthy views. The days grow shorter and cooler, with average temperatures in the month of October at around 58 degrees F. Each month of the year offers you the chance to plan a wedding with a seasonal theme, topics you can discuss with your wedding planner.

6 months and you need one at least 5 days before your are supposed to get married.

The Barn at Five Lakes Resort

The Barns of Lost Creek

The Barn at Stoney Hills