If you're feeling a little anxious in the bedroom, you're not alone. Here, 10 engaged and newly-married couples reveal their sex insecurities. 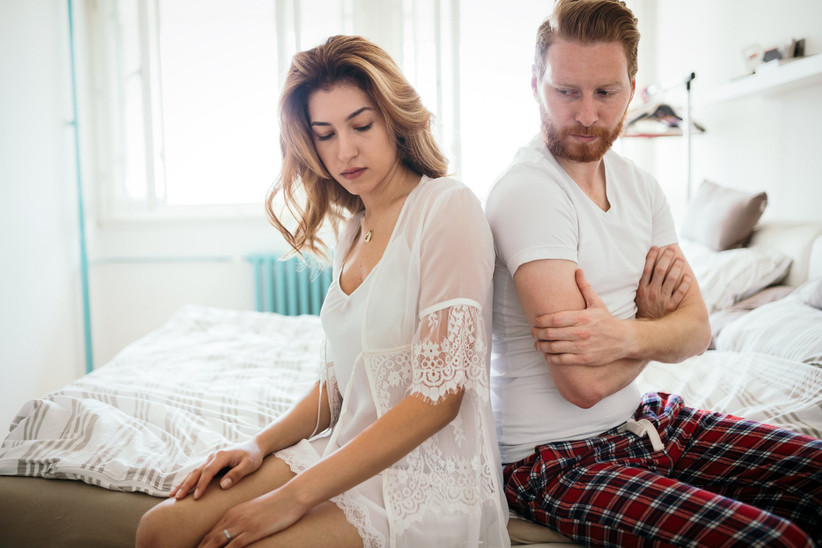 As many couples know, just because you love your partner and can’t wait to spend the rest of your life with them, doesn’t mean that everything is perfect. Some have issues with finances while others may struggle with family dynamics (ahem, mother-in-law drama!), the problem for others might be reserved for behind closed doors. Just because you are in love with someone doesn’t mean you don’t have any issues when being intimate with them, which can lead to sex insecurities both before and after your wedding day.

Zoe Kors, a sex therapist and intimacy coach says people would be surprised by just how many couples don’t actually talk about sex before getting married. And because of that, the most common fears she hears from newlywed patients are:

“We're culturally conditioned not to speak openly about sex, and when we do, it’s often through the lens of sexual performance, which can be fraught with anxiety and shame,” she said. So we asked engaged and newly married people to open up about their biggest bedroom fears or insecurities in the hopes that by sharing their raw admissions, others will feel less alone. Check out what these 10 engaged couples revealed about their own sex insecurities.

1. “Frequency is going to take a hit and there’s nothing I can do about it.”

“I’m recently engaged to my lovely fiancé and we have a very healthy sex life in the bedroom. By healthy, we average sex 5 to 6 days a week. Many of my married friends state that after marriage, the frequency of sex with their partners decreased significantly. Men often worry about this going into a marriage. Although I’m not concerned about this for us; it’s still in the back of my mind (as a man). I’ve often heard stories of how after marriage, things change and often one of the biggest changes is in the bedroom.” — DG

“I was friends with my wife since high school, so we knew a lot about each other before getting married and one of those things happened to be how she loved to have rough sex with her boyfriends. I always went out with girls that wanted you to ‘make love’ to them and be gentle so I didn’t have a lot of experience with the rougher side of things, and this caused me a lot of anxiety when we finally started to have a relationship where sex was inevitable.” —JH

3. “I struggle with directing him when it comes to what feels good.”

“One of my sex insecurities is not being able to fully vocalize what I like in the bedroom — especially if some of the things my partner does are not the most pleasurable and cause discomfort. It's hard to not get in your own head during these moments and to not feel the pressure of wanting to make him feel good but also wanting to enjoy everything that he's doing for you. And being able to tell him that you may not like something he's doing and knowing how to say that in a way that doesn't make him feel badly.”—Anonymous

“I’m currently engaged and getting married next year. My biggest fear is that my partner will want sex less often. She is very much so attracted to me now but I worry that once we are married and finalized, there is not much of an incentive to try to be intimate. I am also insecure that my sex drive is way higher as I am younger than her and I do not want to look like a horndog when she is completely satisfied.” —BR

“Sometimes I worry that I’m too boring in bed and that one day, years from now, he’ll eventually grow sick of our same old routines. It’s not that there’s no passion there — there is! — but since we already live together, and have spent over a year quarantining in a small apartment, we’ve become more like an old married couple and less like spontaneous soon-to-be newlyweds. Maybe that’s normal, considering how long we’ve been together … or maybe it’s a sign that we need to spice things up?” — KS

6. “My body insecurities are going to continue to impact our sex life.”

“I’ve always been pretty self-conscious of my body, but after postponing our wedding three times, putting on over 20 lbs, and living in sweats for the past year, my self-esteem has taken a real nosedive lately. I just don’t feel sexy right now, and as a result, I’m rarely in the mood for sex and even less likely to initiate it — unless the lights are off. I know my fiancé loves me regardless of my size, and that I need to learn to let go of all these hang-ups, but I just can’t seem to. What if this only gets worse after we have kids, and my body issues take over our sex life?” — KB

“My wife and I had dated for 2 ½ years before being married last March, (yes, three days after the COVID-19 shutdown). We had not been intimate together while dating, and had not lived together, we were waiting until we were married. The ‘fear’ was really more of a nervous/scared feeling. While I had full confidence that I would be able to care for my wife in an intimate way, I still had no idea what I was doing, and she felt the same way. My wife and I talked constantly about our likes/dislikes and how we were feeling when it came to intimacy, which really helped through our first year together. If I could offer any advice, I would say, don’t worry about it and talk with your partner. An open line of communication is key to help bridge the gap of an unknown element, such as intimacy. We continue to check up on each other and have a solid communication foundation, which I think is important.” — JB

8. “The idea of never sleeping with anyone else but him freaks me out.”

“I love my fiancé, but I do worry about forever. Is this really the last person I'm going to sleep with? What if I want to sleep with someone else? What if I get bored with sex after we get married? What if we stop trying to make it interesting? I love him, but I know these things can wane the longer you're with someone. Plus, I have some stomach issues that can sometimes make their way into the bedroom, so what if he starts to get sick of me too?” — GL

9. “I get in my head and struggle with orgasming.”

“Having sex isn’t like the movies for me, and most women — so I don’t orgasm every time. In fact, it’s a rare occasion when I do and because I’m not nearly as experienced as my fiance, he takes it personally when I don’t. He always wants to please me and works hard trying to each time — but that just puts more pressure on me to try and not ‘let him down’ because I know he feels bad when I don’t orgasm. It’s become a vicious cycle that I fear I won’t be able to break.” — SP

10. "I’m never going to be able to shake the effects of past trauma.”

“I struggle with not being able to ‘relax’ and get out of my head, no matter how much I want to because of past experiences and insecurities. Because of this, it’s very rare for me to completely be in the moment with him, fully enjoy, and be more adventurous the way I know he’d like. Sometimes I even avoid initiating sex because I know how tense I’m going to be.” — LM

Married Life These 6 Sex Challenges Will Spice up Your Life Between the... If you and your partner are in a bit of a rut when it comes to intimacy, these...

Married Life Why Maintenance Sex Matters So Much in a Marriage If your relationship in a bit of a lull, it might be time to start putting...

Married Life 12 Sex Toys for Married Couples to Bring You Even Closer If you're looking to amp up your time in the bedroom, these sex toys for married... 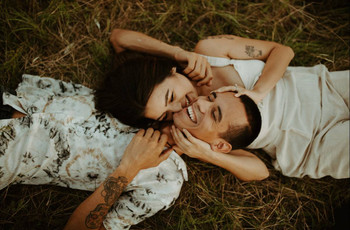 Married Life 14 Affordable Wedding Anniversary Ideas That Are Actually... You don't have to spend a fortune to celebrate a special milestone. These...
See more articles