Why Maintenance Sex Matters So Much in a Marriage

If your relationship in a bit of a lull, it might be time to start putting maintenance sex on your schedule.

When you’re in the honeymoon phase of your relationship, whether it’s while you’re dating or in the early stages of your marriage, sex was probably something that happened quite frequently. Of course, there’s no standard and every couple is different, but the average is about once a week, according to a study published in Social Psychological and Personality Science. But after a while, you may notice that you and your partner are having sex less often, and perhaps even just doing it sometimes for the sake of the fact that it’s been a bit longer than usual. There’s nothing wrong with having what’s known as maintenance sex, according to experts.

In fact, it can be incredibly beneficial to your relationship. “Intentional maintenance sex helps you remain connected, which means you talk about and plan when arousal may be most available for each of you,” explains Celeste Holbrook, Ph.D., sexual health consultant in Fort Worth, Texas. “Sometimes sex is just average—it may not be incredibly mind-blowing or may have an emphasis on only one partner, yet it is still an effective way to stay physically connected.”

As long as maintenance sex isn't the only type of sex you’re having with your partner, Dr. Holbrook notes that it is a very normal part of long-term relationships. And this is important, since even maintenance sex has its benefits, including enhancing your bond. It’s no coincidence that you tend to feel closer to your partner after you’ve done the deed. Actual brain chemicals are released when you have sex, including endorphins and oxytocin, which enhance a sense of calm, relaxation and less stress. Sex can also boost your level of happiness, per a study published in the Journal of Economic Behavior and Organization and may even improve your sleep quality, per a separate study published in Frontiers in Public Health.

If you’re holding off on having sex because you don’t have the energy, or perhaps the time, here are some tips for how to incorporate maintenance sex into your relationship.

Establish a sex calendar of sorts.

It doesn’t have to be a physical calendar that you write down what days you plan on having sex—although that certainly works. But to incorporate regular sex to maintain a strong sexual connection, it’s vital that you’re actually committing to when you’re going to have it. How you define “regular” is an individual decision, according to Dr. Six. “Regular (scheduled sex) is not the same as those spontaneous moments of passion, which might show up at any point, and, in fact, the likelihood of spontaneous sex increases when couples are having regular sex,” she says. “For some couples, regular sex happens daily, and for others, once or twice a week is sufficient, but the most important thing to understand as a couple is that regular or maintenance sex should be put on your calendar, for real.”

Dr. Holbrook recommends having actual conversations about when the framework for sex is most available for each of you. In the evening? Mid-day while kids are at school? Right after working out?  After coffee but before breakfast? She also recommends discussing what you can do for each other to help arousal become more available, whether it’s asking for help getting the house cleaned up and organized, having some quiet alone time before you jump into sex, or perhaps enjoying a warm bath beforehand. “Ask for it, so you can show up fully for sex, and probably enjoy it more,” she says.

Of course, your hectic schedule doesn’t stop just because you want to have sex—or think it’s time you did. But Dr. Holbrook urges couples to try their best to create boundaries. “We know that responsibility kills arousal so begin to be intentional about leaving your responsibilities outside of your bedroom when you know you are going to have sex,” she says. “Even if maintenance sex is not wild, it can be really enjoyable and connective but not if you are thinking about the contract you still need to sign.”

If you’re short on time and have very busy lives, Dr. Six recommends finding some quick and easy ways to connect, such as in the shower, bath or hot tub. “Quickies can be exciting and fun and remember, there’s no goal or expectation,” she says. “Touching each other sensually in the shower as you’re both getting ready for the day counts as having regular sex—it’s not about the orgasm, rather it’s about feeling connected and desired.”

Married Life These 6 Sex Challenges Will Spice up Your Life Between the... If you and your partner are in a bit of a rut when it comes to intimacy, these... 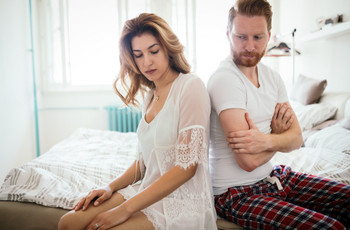 Married Life The Biggest Sex Insecurities Real Couples Actually Face If you're feeling a little anxious in the bedroom, you're not alone. Here, 10... 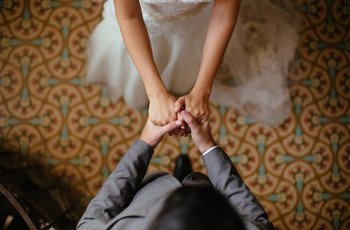 Married Life 6 Mistakes Couples Make in the First Year of Marriage While you're still technically in the honeymoon phase, there are still plenty of...

Married Life 12 Sex Toys for Married Couples to Bring You Even Closer If you're looking to amp up your time in the bedroom, these sex toys for married...
See more articles