How to Tell Someone They’re Not a Bridesmaid 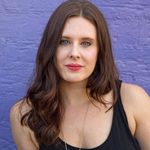 By Lindsay Tigar May 9, 2018 0
Saved Save
This may be one of the toughest conversations you'll have during wedding planning. Here's how to tell someone they're not a bridesmaid without totally ruining your friendship. 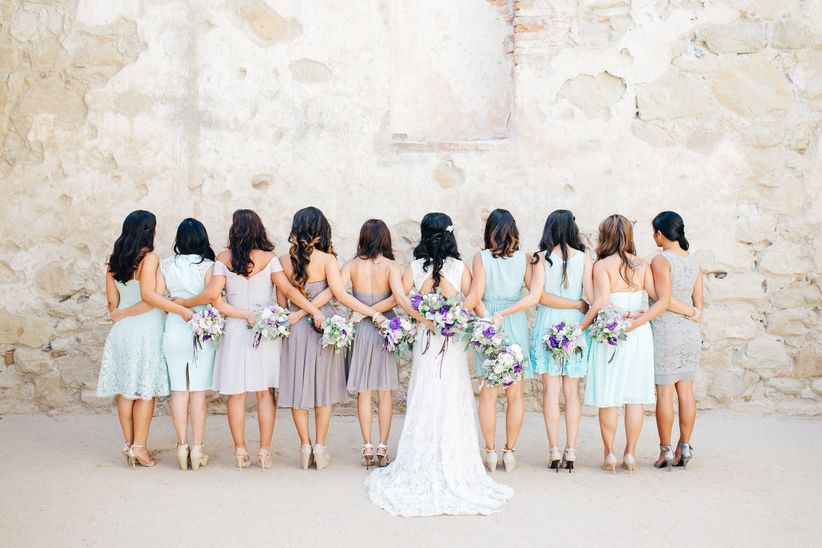 The most important decision you’ll ever make? Who you marry. The second-most important decision you’ll make? Who you ask to be part of your wedding party. Okay—maybe not exactly—but when you’re in the process of mapping out who will stand next to you on your one-and-only big day, it might feel like the pressure is on. That’s because it is: especially if you’re confronted with the super uncomfortable conversation of breaking the news to that someone is not a bridesmaid. “Whether or not you choose someone as a bridesmaid in your wedding is often viewed as a reflection of how important they are in your life. Telling someone they are not a bridesmaid can feel like you are telling them, ‘you just aren't that important to me,’” licensed psychologist Dr. Sarah Schewitz says. “Even if that is not true, it's often feels that way to the receiver which makes talking about it difficult and awkward.”

Though no matter which way you go about this chat, feelings are bound to be a bit bruised, it’s important to have it ASAP in your wedding planning, instead of avoiding it. This gives your friendship time to heal before your wedding date arrive.

Here, experts give their best advice on how to make telling someone they’re not a bridesmaid as cringe-less as possible:

Here’s the deal: you definitely don’t want to lie when you’re explaining why you didn’t pick your pal as a bridesmaid, but you also don’t need to be so brutally blunt that it’s cruel. As Los Angeles-based psychologist Dr. Yvonne Thomas says, “It is important to be honest because the truth can get discovered and you will then be seen as an untrustworthy type of individual even if you're not if you weren't sincere with the person. Out of respect to her, try to be upfront and real when explaining the situation.”

However, Dr. Schewitz says when you’re discussing the matter, it’s not recommended to say "Hey, we’re not that close, so obviously you’re not a bridesmaid"—even if that’s how you feel. “If the reason someone is not a bridesmaid is that they just aren't important enough to you to make the cut, I'd opt out of sharing that information and just say something like ‘This was such a hard decision because you are so important to me but we really wanted an even number of bridesmaids and groomsmen and that meant I had to exclude some people that I really love and care about,’” she suggests.

Reiterate how much you value her.

Your friend is going to feel slighted—especially if she picked you to be in her wedding party or would choose you in the future. To rescue your bond, stepping in to reassure her will help soften the blow. “Let the person know that you value her and your relationship with her and that you don't want her not being picked to be a bridesmaid to create a wedge between the two of you,” Dr. Thomas suggests. While she might be hesitant at first, and initially pull away, if you consistently check-in and reaffirm you do have something special, you will likely be able to keep your closeness in the long run.

Invite them to be part of other events.

So, sure, your friend is not a bridesmaid—but does that mean she’s excluded from everything? Definitely not, according to Dr. Schewitz. You can throw the rules and traditions of weddings etiquette aside and invite whoever you want to your pre-wedding festivities. “If the friend is someone you would want to be in the room getting ready with you and the other bridesmaids, let her know that and invite her to be part of your big day even though she is not standing up next to you,” she says.

You might be tempted to list off all of the reasons while—sadly—they can’t be part of your party, but Dr. Thomas urges brides to bite their tongue and let your friend speak. It can be an important way they digest the information, allowing you the opportunity to respond with kindness—if they lose their cool. “Let this be a dialogue in which the person doesn't just listen, but can also respond to what you're saying and ask questions. If things get heated, have a time-out long enough for both of you to de-escalate things before resuming the conversation,” she says.

Remember, it might not be as bad as you think.

It’s normal—and expected—to be anxious delivering this awkward info. But Leah Weinberg of Color Pop Events in Long Island City, New York, reminds brides-to-be that sometimes, you might think your friend wants to be part of your party, where in reality, they could feel, well—relieved. “Imagine that your friend might actually be happy not to be a bridesmaid. Being part of a wedding party involves a good chunk of time and money, so she might be ecstatic that you're saving her both of those things,” she reminds. 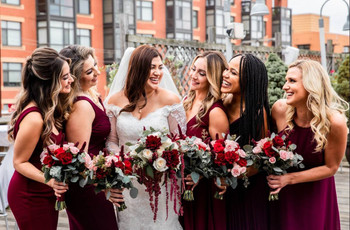 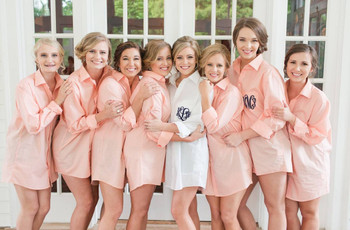 Wedding Party These 17 Bridesmaid Button-Down Shirts are Super-Cute—and... Looking for the perfect gift for your 'maids? These bridesmaid button-down... 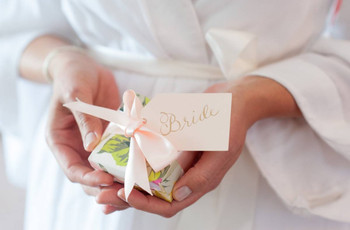 Wedding Party 20 Creative (and Thoughtful!) Bridesmaid Gifts for the Bride... These thoughtful gifts from the bridesmaid to the bride are sure to make your... 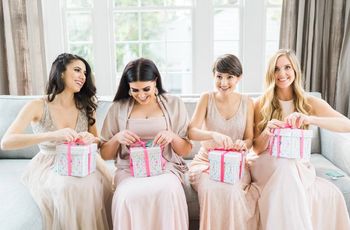 Wedding Party 21 Bridesmaid Gifts You'll Also Want For Yourself Say "thanks" to the girls who have always had your back with these bridesmaid...
See more articles