Is There an Ideal Age to Get Married? Here's the Answer.

What's the average marriage age in the U.S. and is that actually the ideal age to wed? We've got all the answers and more.

There are many reasons for this shift in the age of marriage, starting with the number one reason why people wed today: for love. In the distant past, marriage was more about a financial arrangement, according to Bonnie Winston, celebrity matchmaker and relationship expert. “Wealthy families wanted to retain property and increase wealth, so they arranged marriages to that effect,” she says.

Love was never really a part of the equation until more recent times. “Nowadays people are delaying marriage much as a result of both men and women going to college, continuing their education, and dedicating more time to their careers,” says Winston. “There’s also no longer any stigma towards living together prior to marriage, so couples don’t feel that added pressure.”

Although the average marriage age is going up year by year, experts note that there still remains no “perfect age to marry.” In fact, certified life and relationship coach, Sophia V. Antoine, notes that the ideal age to get married is simply when you and your partner feel the timing is right. And, in fact, she warns against trying to conform to a certain years of age that society thinks is best for marriage. “Marriage is a huge commitment on its own, but when you throw in parental consent, pressure from family, friends, and so-called experts, you will only get a relationship built on someone else's standards,” she says. “Now more than ever, it is acceptable to be an individual—it's okay to make choices that aren't in line with what everyone thinks.”

Of course, child marriage or underage marriage—marrying before age 18, which is the legal marriage age of consent per Massachusetts state law, for example—is not encouraged, but Winston agrees that every couple is unique and that there should never be one set standard for when is the right age or time to get married. “Each person is as unique as a snowflake and there are no two alike,” she says. “A 19-year-old man could be more mature than a guy twice his age.”

Age gap relationships can surprisingly be beneficial, but the biggest tell tale is the mutual respect between the two people getting married. If that respect is there, it doesn't matter if they are 2 or 10 years apart in age.

If you and your partner are wondering whether or not you’re at the right age to get married, here are some words of wisdom from relationship experts.

Remember there is no perfect age.

As the saying goes, “age is only a number.” If you are mature enough to weigh the pros and cons of getting married (and are following marriage laws in your state), Antione believes you are very likely the right age to be wed. Additionally, Winston points out there is no marriage age limit. “My mother-in-law was 80 and her boyfriend was 90 when they married, and they had 10 great years together,” she says. “There are many single people that are looking for love at all ages, so don’t ever give up on finding love.”

Listen to your gut.

Before venturing into marriage, Antione recommends that couples get a clear understanding on what they believe about marriage roles, including child rearing, in-law involvement, and many other matters that can cause contention. This will help you both understand what each of you expects of each other and further confirm whether or not you are truly the right fit for each other.

Antoine also recommends that couples spend time learning how to fight fairly. If you and your partner can never remedy an issue between the two of you, maybe it’s not time for marriage. “Have a safe word that will pause the disagreement when things get too heated so that you can continue when you’re both more relaxed,” she says.

Love the person from the inside out.

Yes, you’re probably very physically attracted to your partner, but it’s important to remember that they will change in many ways—and physically is one of them. “External beauty is wonderful, but be prepared for bodies to change, as children, illness, and life are factors,” says Antione. If you know that, at the end of the day, your partner’s looks could fade and you will still be happy being their person, than you’re probably ready to get married.

Average Marriage Ages Around the Country

Curious about what the average marriage age is in around the country? Here's a list of the average age when couples get that marriage license, state by state! (Note: Data was not available for Alaska). 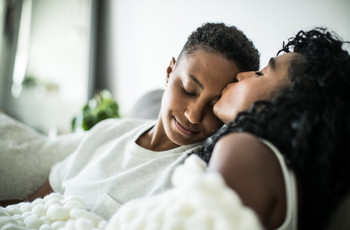 Married Life How Long Does the Honeymoon Phase Last? Here's the Answer. There's nothing more exciting than the buzz of a new romance. But how long does... 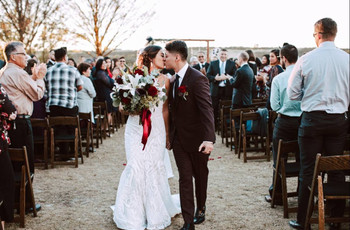 Married Life 6 Gut-Instinct Signs You're Marrying the Right Person Getting ready to walk down the aisle? Look for these signs to tell if you're... 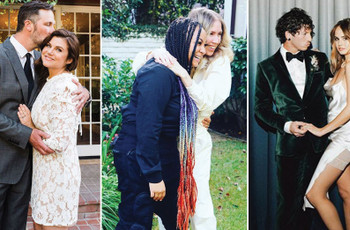 Married Life 15 Celebrities From Your Childhood You Didn't Know Are... Ready for a blast from the past? You won't believe how many former child stars...

Married Life 12 Sex Toys for Married Couples to Bring You Even Closer If you're looking to amp up your time in the bedroom, these sex toys for married...
See more articles