Should You Ever Argue Over Text? Experts Weigh In

We've all been there. But is it really okay to argue over text message? Here, relationship experts share how to fight fair via text and IRL.

Over 80 percent of Americans (and 96 percent of young people) have smartphones nowadays, according to Pew Research Center survey, on average checking their phones a whopping 85 times a day! Those statistics alone are proof that social media and digital devices are the most common modes of communication in our modern world, and we’ve come to rely on them, explains family communication expert and author of the new book Girls Just Want to Have Likes, Laurie Wolk. “Texts like ‘I’m running late - order an appetizer without me if you’re famished’ or sending a birthday greeting of emojis via Facebook and Instagram have become mainstays of our culture,” she says. And there’s not necessarily anything wrong with having these convos over text.

But what about arguing over text message? Are they OK to be typed out rather than spoken face-to-face? According to Laura F. Dabney, M.D., relationship psychiatrist in Virginia Beach, Virginia, there’s not a black and white answer. While she’s more for having arguments in-person rather than via text, she says there are a few pros to the latter. “One possible positive of arguing over text, is that sometimes people may be unable to discuss negative feelings in-person, so if the only way for someone to be able to get their feelings out is through text, then that is absolutely better than not saying anything at all!”

So is arguing over text message ever okay? We asked experts to share their words of wisdom on the subject.

The scoop on arguing over text.

Most experts agree with Dr. Dabney in that arguing over text message isn't necessarily bad, but rather ineffective.  “Little disagreements, like if I'm at the store and my wife tells me to pick up a bag of green apples, but then I argue how our youngest daughter won't eat the green ones, usually end in a pretty quick concession in either direction,” explains Robin S. Smith, LCMFT, with The Couple and Family Clinic, in Bethesda, Maryland. “However, arguing over text about big-ticket items is a recipe for disaster.” What constitutes a big-ticket item? If the back and forth starts to get tense, and is inching towards some 10+ squabbles back and forth.

The better way to argue.

Instead of arguing over text message, when you notice that a conversation is starting to run off the rails, Smith suggests that it might be time to respectfully draw the boundary and express to your partner that it would be your preference to continue the conversation when you’re together face-to-face. “If your partner will not respect that boundary, you can modify your language and reaffirm the boundary by saying, ‘I won't continue this conversation until we can speak face to face,’” he says. “Some partners are more pugnacious than others, so you really have to have your story straight for drawing such a boundary, such as ‘It’s important to me that I fully understand where you are coming from, and vice versa, and I don't believe that we can accomplish that at present.’"

If your partner still insists that you must engage with them, he says the choice is now yours when it comes to whether or not you want to get sucked into their demands. Your other option? “You can respectfully communicate that you won't talk about it until you're next face to face,” he says. “Being assertive is a must to maximize the healthy outcomes of any relationship.”

What if you’re long-distance, or won’t be seeing each other in-person in the foreseeable future? Luckily the rules bend a little for you. The next-best thing to arguing in-person is arguing over the phone, according to Amanda Ruiz, licensed professional counselor and founder of The Counseling Collective.“At least this way you can hear their voice and the way they say things and can easily ask a clarifying question rather than misinterpreting,” she says. “You do still miss out on body language, but this is a step up from just texting.”

Tips for arguing the right way

If you can have a face-to-face discussion about your disagreement rather than a text or phone conversation, here are a few tips:

Sit down with no distractions.

“Give your partner your full attention and let them just talk, while you just listen,” says Ruiz. “Don't be defensive, don't try to formulate your response as they talk, just listen.” After your partner is done speaking it is time for you to share your thoughts and feelings.

Consider using an object to help mediate the discussion.

If the two of you have a habit of cutting each other off, Ruiz suggests designating something as a "talking" object—something you have to be holding in order to talk. “Grab a box of tissues or the remote control and whoever is holding it may talk—then switch,” she says. “This helps to take turns listening, and to limit interrupting.”

Come up with "rules to fight fair”.

“No name calling, or no swearing are simple rules to start with, but you could also be creative with your rules,” says Ruiz. “Maybe you have to hold hands as you are arguing—or you have to give each other a kiss when you are done talking.” These “rules,” she explains, are helpful for keeping the discussion on track, but also for helping you to be respectful of each other. 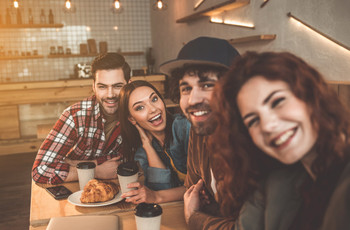 Married Life If You and Another Couple Are Vaccinated, Can You Double... Once you and your partner have received your full course of vaccinations, when... 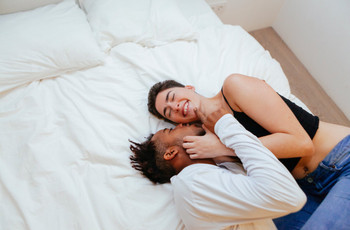 Married Life Relationship Advice That’s More Relevant Than Ever Right Now... Your partnership can come out of 2020 stronger than ever—just follow the best... 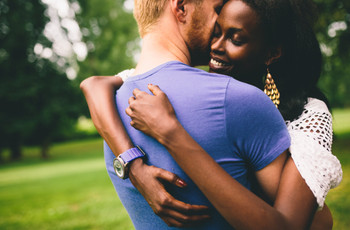 Married Life 5 Signs That You’re Growing Together as a Couple Whether you've been together for months, years, or decades, growing together as... 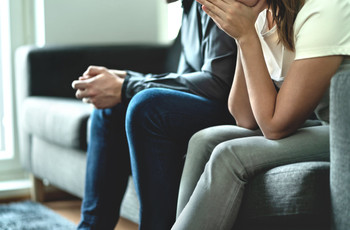 Married Life 5 Things Your Partner Should Never Expect You to Do It turns out there are certain things you'll definitely want to avoid in your...
See more articles