I am so stressed at the idea of a dress...as a plus size bride (though I've lost almost 60 pounds)...I'm FREAKED. Of these 3 which do you guys think looks the best? (Or none of them!) Thanks so much for your opinion!

The 3rd dress didn't fit so it does look a bit "odd"...but you guys get the idea of how the design. lol 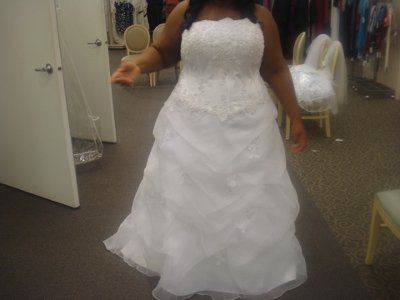