What Is an Open Marriage? 6 Surprising Benefits

The term “open marriage” is something most of us have heard about, but few of us truly understand everything that it entails. After all, for most Americans, traditional marriage is a sacred union that is entirely monogamous, meaning that the married couple only has intimate relations with each other and there are no secondary partners.

An open marriage works a bit differently. Open, relationships fall under the umbrella of consensual non-monogamy, explains Rachel Needle, Licensed Psychologist in West Palm Beach, Florida and the Co-Director of Modern Sex Therapy Institutes, which is a relationship style in which those in a couple agrees not to be in a monogamous relationship.This means no exclusivity. “While those in open relationships might have different ground rules and boundaries, most often people in open relationships can have sexual relations with others without forming a more intimate bond or romantic relationship with anyone other than their primary partner or primary relationship,” she says. “Each couple, however, has to decide how they will define an open marriage for themselves.

The two main types of an open marriage are swinging and polyamory. "Swinging refers to casual sex outside the relationship while polyamory involves romantic longer-term relationships (that often involve sex as well)," says Sarah Melancon, Ph.D., Sociologist & Clinical Sexologist. "These scenarios can certainly overlap with open marriages as well."

Contrary to what most people would expect, open marriages are not that uncommon. In fact, according to a study published in the Journal of Sex & Marital Therapy, an estimated one in five adults report having been in some form of an open relationship during their lifetime. What’s more: Gabrielle Usatynski, a Licensed Professional Counselor and relationship expert and author of The Power Couple Formula, notes that, throughout the course of human history, humans have engaged in forms of marriage, called polygamy, where one person is married to two or more spouses at the same time. “More specifically, polygyny, where one man is married to more than one woman, has been very common across the course of human evolution,” she says.

Who would benefit from an open marriage?

While an open marriage is certainly not for everyone, experts note that certain couples may thrive in this circumstance, especially couples who want to maintain sexual freedom without lies and secrets that follow traditional affairs, Tina Sadri M.A M.F.T, Licensed Marriage & Family Therapist points out. “It is also a benefit to couples that have one partner that is not comfortable performing certain sexual acts with other sex partners, yet being comfortable with their spouse having them with another consenting adult,” she adds.

Sex drive also has a lot to do with it. “Relationships where both partners have a high sex drive and want to act on it, maintaining their commitment without the boundaries of traditional monogamy, can find an open marriage to be quite convenient,” notes Dr. Melancon. “Even in relationships in which one partner’s sex drive is substantially higher than the other’s, the couple may feel the higher drive partner’s needs could best be met by an open marriage.”

What are the benefits of an open marriage?

Higher levels of satisfaction in relationship

According to research published in the Journal of Social Psychological and Personality Science, couples who participate in open marriages report higher levels of overall satisfaction and trust in the relationship—and Sadri notes that they may also experience lower levels of jealousy. “An open marriage allows for more sexual freedom within the relationship ironically making couples less likely to break up over a stale sex life.”

Sustaining open relationships still takes hard work and for both couples to experience personal growth, Dr. Melancon notes that there must be clear lines of open communication so couples can discuss nuances in relationship dynamics and emotion. “Emotional intelligence is a close companion, because it is much easier to communicate when you understand what you are feeling and why,” she says. “Couples must feel safe sharing their most intimate feelings, even (or especially!) if it might upset the other and both must be able to hear positives and negatives about the situation.”

A deepened sense of trust

In order for a partner to feel comfortable with their spouse dating and/or having sexual relationships with other people, it is necessary that they trust that their partner will always come home to them, according to Dr. Melancon. “Experiencing your partner enjoying intimate time with someone else, then happily returning back' is an ‘if you love something, set it free-type of experience,” she says. “As such, open marriages can actually reduce fears of infidelity.”

An added level of love and appreciation

“While a common stereotype of open marriages is that the couple isn’t actually that committed and don’t really care for one another, in successful open marriages there is often an abundance of love,” says Dr. Melancon.“But when your partner ‘lets’ you see someone else, it often engenders a sense of gratitude and a greater desire to express love.”

Space to “miss” your partner

While closeness is important in a relationship, so is time and space apart. “There are few other activities that allow you to see your partner as so separate as when they are dating or having multiple sexual partners,” Dr. Melancon points out. “In polyamorous relationships (where the emphasis is explicitly on multiple loving relationships, which often but do not always involve sex), feeling joy for your partner’s joy is called comparison.” 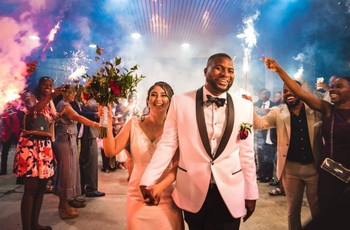 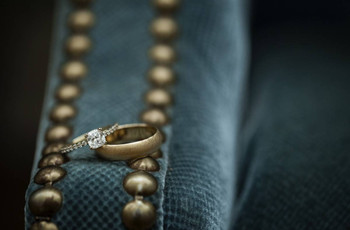 Lifestyle What is a Marriage Prenup & How to Know If You Need One Marriage prenups may not be the most fun topics of discussion during your... 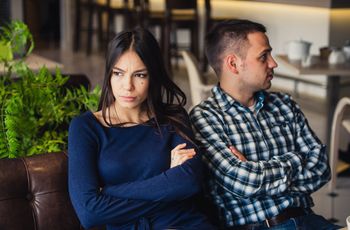 Lifestyle 6 Reasons Fighting Can Actually Be Good for Your Marriage It might seem counterintuitive, but fighting in marriage can actually help your... 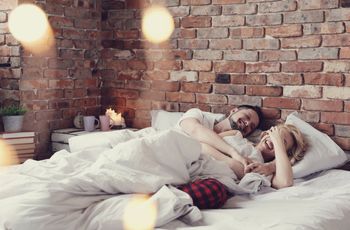 Lifestyle 4 Morning Habits That Make a Stronger Marriage Start your day off on the right foot. These seemingly small morning habits will...
See more articles