5 Ways to Deal With a Passive Aggressive Partner

You’ve probably heard the term “passive aggressive” being used—often with the sentiment to not be a passive aggressive partner. But you might not really understand exactly what it means. In a nutshell, being passive aggressive means feeling angry or upset, but expressing it indirectly instead of actually coming out and saying how you really feel. It’s a very common behavior in relationships of any kind, but especially romantic relationships—and the short of it is that it’s not helpful and, in fact, can be rather damaging.

“More often than not, the the passive aggressive partner has unresolved issues in the relationship that has not been worked through based on either history of upbringing, for example not being encouraged to express feelings directly or feeling invalidated,” explains Lisa Bahar, licensed marriage and family therapist, professional clinical counselor and certified drug and alcohol counselor. “In a romantic relationship, one partner may shut down and resort to other means of expressing emotions. In more stressed relationships, this can be seen as emotional gaslighting, which is a form of gaining control over someone by acting out deep rage that has not been processed or worked through that the current relationship is triggering.” Over time, she warns that passive aggressiveness can create a sort of co-dependency and a cycle of emotional abuse that wears the relationship down irrevocably.

Call out the behavior.

Though it’s not the most comfortable discussion to have, especially if your relationship is particularly new, bringing the issue of passive aggressiveness to light is one of the best things you can do to stop it in its tracks. “There’s a chance the passive aggressive partner has no idea that they’re doing this,” explains April Masini, New York-based etiquette and relationship expert. “They may be so used to this bad behavior that it’s ingrained.” When you give the behavior a name and call them out for acting a certain way, it shows that it’s affecting you in negative ways and that you’re not going to just go along with it.

Passive aggressive behavior is a way to cover up deeper issues, explains Masini. “People who use passive aggressive behavior in relationships allow problems to fester until they’re bigger than issues than they should be, and they’ve got history,” she says. This can create an even larger disconnect in the relationship, and potentially even lead to its demise. “When you offer to talk through bad feelings, you’re giving your relationship a chance to grow, heal and progress in a positive way,” she adds.

Look out for potential triggers.

Oftentimes, passive aggressive behavior can result when a person is triggered in a certain way, explains Paulette Sherman, Psy.D., psychologist, author of Marriage and the Law of Attraction and the host of The Love Psychologist podcast. “Is it during fights about your kids when they don’t feel they have a voice? Does it happen when you say something that is very painful for them so they strike back in those ways?” she says. “Stepping back and identifying patterns can enable you to respond in new ways and to explain to them what goes on.”

Take yourself out of the situation so you can regroup.

It’s not easy to recognize that there’s something wrong with your relationship—after all, you don’t want there to be anything wrong with it. But it’s important to notice when something feels off. If you believe you have a passive aggressive partner, but aren’t sure, Masini recommends taking yourself out of the conversation, text messaging or the room from your partner. “This gives you a chance to think about and identify what’s going on.”

If you find that, despite your best efforts, you and your partner keep sliding back into these passive aggressive behaviors, it can be helpful to seek couples therapy or try a relationship counseling app like Lasting. 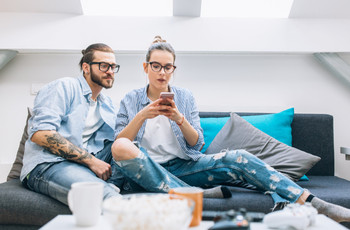 Married Life How to Deal When Your Partner's Not on Social Media If you spend a good chunk of time of Facebook, Instagram, and more, and your... 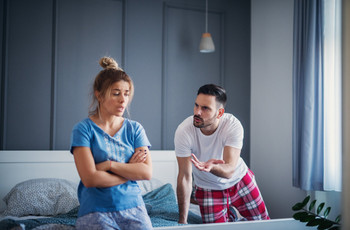 Married Life 5 Fights You and Your Partner May Be Having Right Now The coronavirus pandemic is probably causing stress in your relationship. Here... 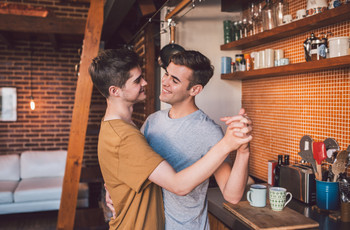 Married Life “The Most Surprising Thing I’ve Learned About My Partner... Social distancing isn't easy, but it does give you an opportunity to learn more... 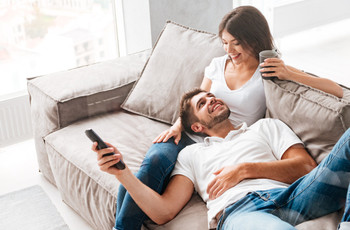 Married Life 6 Ways to Boost Your Relationship from Home While staying at home can be difficult, there are many ways you can boost your...
See more articles