5 Reasons Fighting Can Actually Be Good for Your Marriage

By Jenn Sinrich June 19, 2018 0
Saved Save
It might seem counterintuitive, but fighting in marriage can actually help your relationship grow. Here, experts share why. 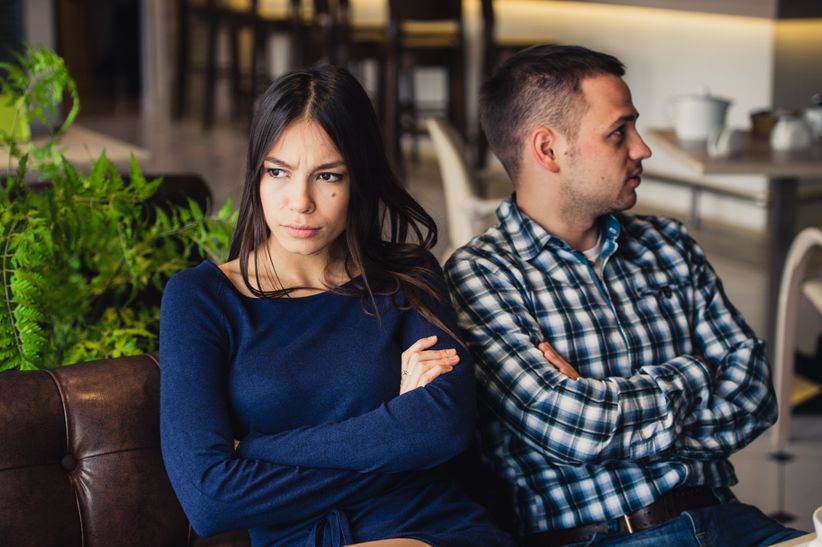 Of course, you hate having fights of any kind with your significant other. But, disagreements, especially between two people romantically involved are inevitable—and totally normal. What’s more is that fighting in marriage is not always a bad thing. In fact, conflicts between couples can be seen as opportunities to have adult conversations that will ultimately lead to a better understanding of one another, according to Antonia Hall, psychologist, relationship expert and author.

“When couples fight, they often become adversarial, with a 'me versus you' mentality that can only have a winner and loser,” she explains. “A healthier version of this dynamic allows partners to see each other as being on the same team, communicating in a collaborative way to better understand one another and find a solution that works for both people.” The ultimate goal of working through your disagreements, of course, is to build a stronger bond as spouses.

Here, relationship experts share a closer look at the ways in which fighting in marriage can actually improve your relationship.

It can help resolve conflict

While silly, meaningless fights do happen, many of the arguments you have with your significant other are likely born out of real issues you’re dealing with in the relationship. Bringing up and addressing your feelings, even if it invokes a fight, can be beneficial, explains Dawn Michael, Ph.D., clinical sexologist, relationship expert and author. “It is sometimes easier to just let things go, but if something is preventing closeness in a relationship, it needs to be addressed before it turns into resentment,” she says. “A good argument may be the only way to get the issue to the surface in order to resolve it.”

It teaches you things about your spouse

Understanding how your spouse responds to certain situations, even ones that involve the two of you fighting in marriage, can teach you a great deal about him or her. As Dr. Michael puts it, If we don't fight we don't really get to know our spouse. “It is important to see how they respond in a situation where they are feeling threatened or not understood so that we can learn from it and try to prevent some of the disagreement before it happens and minimize the more heated arguments that lasts for hours, days or weeks,” she says.

It forces you to communicate

According to Dr. Michael, couples who learn to argue in a peaceful fashion usually will last longer and not get separated because they are forcing each other to open up and communicate. “Once in a while it is also helpful to repeat what the other person is saying so that both are showing active listening.” Of course, she is not insinuating that you allow a fight to turn into a screaming match, but rather an opportunity to resolve the issue at hand and feel heard and understood on both sides of the coin.

It allows you to feel more connected with each other

While it might sound like the contrary would occur after a fight, it’s true that couples tend to feel more connected and comfortable with each other after they’ve reconciled. “Fighting in marriage can bring a couple closer together instead of apart,” says Dr. Michael. “Sometimes you may lose the argument or sometimes you may win, but the outcome will force each of you to take responsibility for your actions or statements.”

It can create much-needed alone time

According to Hall, there is a space between disagreements and healthy fights—a cooling off period—which is important to take to prevent reactionary responses that often escalates things. “People in a healthy relationship know that taking a cool off period to gather one's thoughts and calm down is a healthy part of working through fighting in marriage,” she says. “Letting things carry on unresolved for days isn't good for the relationships either.” She recommends taking a moment to yourself before working things out in a timely manner so that you can get back to enjoying each other faster.