It seems like everyone in my circle is broke/having $$ problems so I feel like a C-word plus a B-word (in no particular order) yapping to my friends about buying a new "toy". I need to find a sewing/crafting forum but in the meantime can I share with yall? LOL!

I bought a sewing machine last year and have been wanting to get a serger. I had a little $ set aside from selling some of my wedding items. I've done some reading and last week visited a local sewing machine store and they showed me what they thought would be a good starter machine ($350) that I wouldn't soon outgrow. The girl told me to go online b/c they were out of brochures. So I got home and looked online for reviews and found the same machine for $199 brand new! The only trade off is at the store they will give you free lessons to teach you how to use it & you get 20% off in the store. So I'll have to teach myself or find a class on my own. Anyhow it gets delivered tomorrow. I can't wait to get my hands on it! 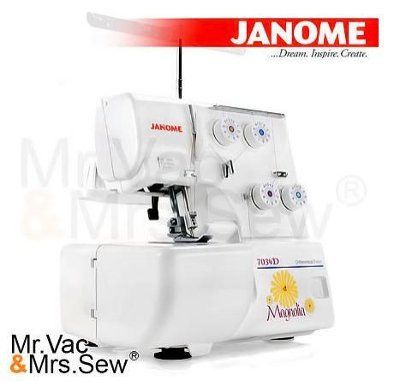