Browsing wedding venues is among the very first steps of planning your big day. But with so many wedding venues to choose from, how do you find The One? First, consider the style of venue you’d like: Garden or beach? Ballroom or barn? Then, read reviews of wedding venues in your desired city and select a few to tour in person. Happy venue hunting! 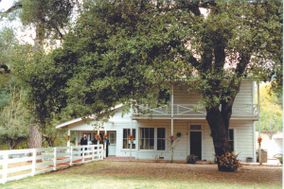 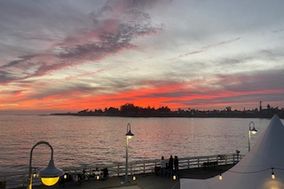 We are a wine bar located upstairs on the Santa Cruz Wharf. We feature many local wines and beers. Our venue provides the best 360 degree views of the ocean and gorgeous sunsets. Our tapas and on staff baker will round out your event. We are close to many local hotels and downtown providing many... (Wedding Venues Santa Cruz) 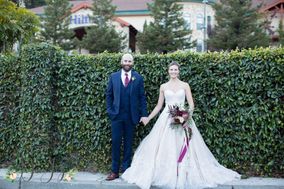 Hilton Santa Cruz/Scotts Valley is a classic wedding venue located in Santa Cruz, California. This luxury, versatile venue offers an outdoorsy feel in each of their event spaces with scenic views in both the indoor and outdoor settings. With their talented and experienced event planners, Hilton... (Wedding Venues Santa Cruz) 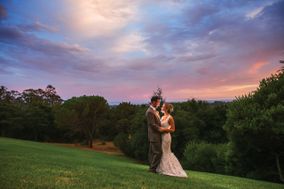 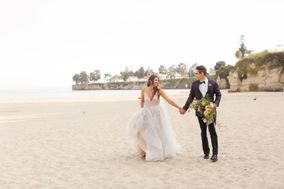 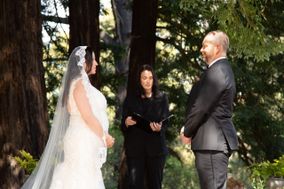 Congratulations on your engagement! Secret Garden Ceremonies is located in Santa Cruz County, CA and provides wedding officiant services for our venue locations or offsite at the location of your choice. We offer micro-wedding ceremony areas & photography locations for 30 or less guests in Santa... (Wedding Venues Santa Cruz) 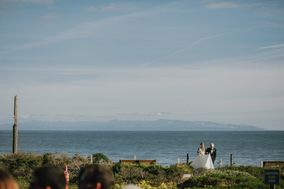 Santa Cruz Museum of Art & History is a historic wedding venue in Santa Cruz, California. Their wide variety of event spaces provides an artistic, modern feel that will create a unique setting to enhance your special day. The MAH strives to create shared experiences and memorable connections that... (Wedding Venues Santa Cruz) 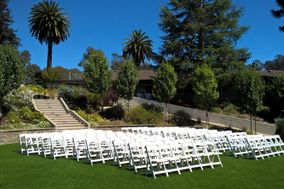 The Inn at Pasatiempo is a rustic wedding and event venue located in Santa Cruz, California. This charming bed and breakfast is less than four miles from the gorgeous shores of Santa Cruz beach and is also conveniently located near Highway 17. Nestled into a grove of majestic Eucalyptus trees and... (Wedding Venues Santa Cruz) 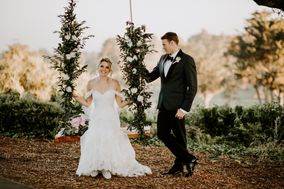 Nestled on the California’s Central Coast, Santa Cruz is famed for its unblemished beaches and ocean views. Colloquially known as Surf City, this West Coast gem is an ideal destination for a seaside celebration. Santa Cruz is home to some of the Golden State’s most romantic wedding venues. Given the city’s aesthetic beauty and thriving culture, you are sure to find an idyllic setting for your own wedding paradise.

Perfection on the Pacific

From picturesque beaches to elegant hotels, The Surf City boasts a variety of venues suitable for your special day. The Santa Cruz Wharf is replete with seafront hotels that welcome couples to exchange their vows on golden sands. Here, you can say “I do” accompanied by the sound of waves and surrounded by panoramic views of the bay. Luxurious retreats and vineyard venues can be found amid the mountains that surround the city. A wedding venue in Santa Cruz typically costs $8,000, although this can vary considerably due to the variety the city has to offer.

A Special Day in San Jose

Perhaps better known as the Capital of Silicon Valley, San Jose is not only a center for innovation, it is also a scenic wedding destination. The city is located 26 miles north of Santa Cruz and features numerous hotels and banquet hall venues, many of which are situated in the city center. Like Santa Cruz, San Jose benefits from its rural surroundings. Couples can enjoy romantic strolls in places like Joseph D. Grant County Park and Alum Rock Park.

Soak up the Sun in Santa Cruz

Santa Cruz typically remains warm throughout the year, good news for couples who are planning a beach wedding. The city often experiences extended summers, with temperatures of up to 108 degrees that continue into October. Given this heat, you may wish to consider a reception venue that has adequate air conditioning. If you are partial to milder weather, a celebration in the springtime may be suitable. You can use this helpful tool to see which dates are preferable within your desired season.

Aside from sunbathing and surfing, Santa Cruz offers a myriad of romantic and recreational activities. A must-see is the Santa Cruz Beach Boardwalk, a historic seaside amusement park, which for a night out, can be followed by a venture downtown to take in a jazz concert. Adventurous couples may be interested in the scenic attractions that surround the city, such as Wilder Ranch State Park and Moore Creek Preserve.

The average price for a wedding in Santa Cruz and the neighboring Bay Area is around $40,000. This is slightly higher than the national average, however, your expenses will depend on factors such as where you choose to host your occasion and which vendors you use.

Search Beyond Wedding Venues in Monterey

Other Wedding Vendors near Monterey