About Ceremonies by Bethel

Ceremonies by Bethel is a professional wedding officiant based in Bonsall, California, working with couples throughout Temecula, Palm Springs, and the entire San Diego region, including La Jolla, Del Mar, and Rancho Santa Fe. Since 2009, Bethel has specialized in creating customized and non-religious wedding ceremonies that truly celebrate her couples, working with each couple to incorporate the rituals and messages that mean the most to them, as well as celebrating their stories and their journey together. She enjoys inspiring every audience of family and friends with a truly meaningful and personal wedding ceremony - a ceremony that celebrates this couple they care greatly about and is worthy of what they share.

Experience
It began in 2006 when Bethel Nathan was asked to officiate her brother's wedding - a non-religious couple coming from two different religious backgrounds - and she spent a great deal of time not only looking at the traditions of their two families, but also finding out about their story and what marriage meant to them, resulting in a wedding that was all theirs. Soon after, two other friends asked her to do the same for their non-religious and interfaith weddings, and she had found what really touched her heart. She founded Ceremonies by Bethel in 2009, and has since married over 1000 couples, thoroughly enjoying celebrating really great couples in the way that fits them best. Ceremonies by Bethel has also been a proud recipient of the Couples Choice Award since the very first year.

Services Offered
Ceremonies by Bethel proudly officiates wedding ceremonies for all couples looking for a ceremony that is fun, personal, meaningful, and non-traditional, usually non-religious (or with a tinge to satisfy a family member), and has always been a supporter of marriage equality. Her couples often come from interfaith and/or intercultural backgrounds, and are looking for a way to honor where they've come from but in a way that fits what the two of them particularly share. Whether her couples describe themselves as non-religious, spiritual, interfaith, or agnostic or atheist, she works closely with each couple to create and then deliver their ceremony in such a way that touches the hearts of not only the couple being celebrated in that moment, but all those who are there for them as well, often with a mixture of laughter and happy tears. 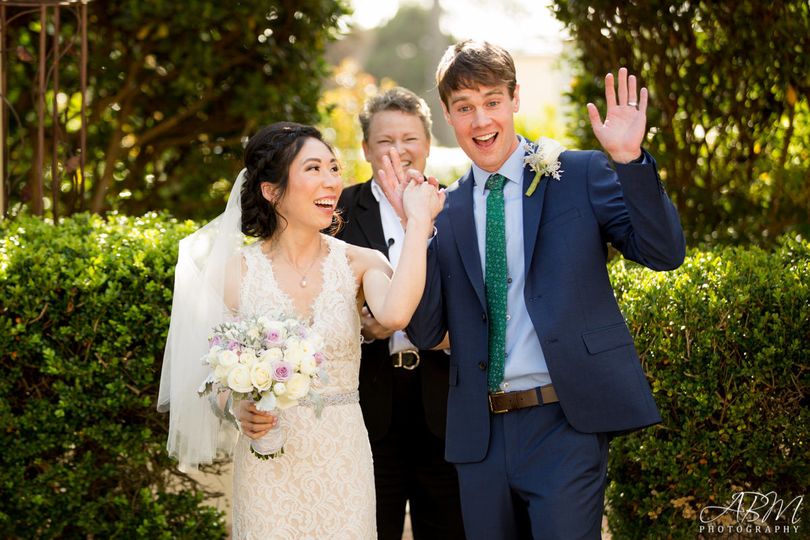 328 Reviews for Ceremonies by Bethel