ARE YOU A VENDOR?
Rings & Jewelry

What is Morganite and Why the Heck is it So Trendy?

Skip the diamonds, morganite is the new engagement stone in town. Learn more about morganite and why you should consider it for an engagement ring.

Shopping for engagement rings and thinking diamonds might not be for you? Totally okay! While traditionalists might stick to a diamond, there’s no rule book saying you have to follow suit. If you’re craving something more unique, consider a morganite engagement ring—the pale pink stone that’s making ring-buyers go gaga.

Don’t’ believe us? Here’s why you should be loving morganite engagement rings right now.

So, what is morganite?

Morganite is a pink gemstone that’s a close cousin to emerald and aquamarine—in fact, it’s a mineral that includes both. This rare stone ranges in colors of pink—from pale blush, to rose, to peach, to salmon. The most common—and popular—stones are often on the lighter shade of the family, but deeper shades may be more valuable. Morganite is often heat-treated to improve the color, which gets rid of the yellow or orange tint these stones sometimes carry. That leaves you with a pretty pink—and a stable color that won’t fade.

The history of morganite

Also known as vorobevite or rose beryl, the morganite stone was first discovered in Madagascar in the early 20th century by George Kunz, the chief gemologist of Tiffany & Co. Kunz named the stone after J.P. Morgan, a gem aficionado himself. Morganite flew under the radar until the 21st century, when its pink hue and affordability as compared to diamonds caused a rise in popularity as an engagement ring stone. Many wearers like how morganite’s pink hue looks particularly lovely with on-trend rose gold settings. Those who love the look of pink diamonds, as worn by celebs like Blake Lively and Anna Kournikova, may consider a morganite engagement ring.

Not only is morganite a beaut, gemstone lore considers it of Divine Love. Mythology says the stone brings compassion, assurance, healing, and promise—all things that make up a happy marriage!

How does morganite compare to diamonds?

Morganite makes for a great alternative to diamonds when it comes to engagement rings, not only for its pretty-in-pink beauty, but because of its durability. On the Mohs 10-point Hardness Scale (a test used to see a stone’s resistance to being scratched), it ranks as a 7.5 to 8. A diamond, by comparison, is a 10. That means, treated with care, a morganite engagement ring can last you a lifetime. Like diamonds, morganite also has a high-degree of brilliance, so you’re not going to miss out on that sparkle.

The pink gemstone is also an affordable (but no less attractive) option. On average, a high quality morganite—rich in color—can be found for about $300 a carat with a custom cut. Paler versions can go for less. By comparison, on average, a diamond can cost upwards of $3,250 per carat. Pink diamonds (a similar look to morganite) can cost even more. Ironically, morganite’s rarity is what keeps the gemstone relatively affordable.

Why do we love morganite for an engagement ring?

For the non-traditional bride, this is a stone that won’t go out of style but still has a lot of personality. Unconventional, its delicate color still makes morganite a timeless classic. And since morganite is so rare, you’re likely to be the only one of your friends rocking a morganite engagement ring.

Morganite’s strong durability makes it ever-lasting, something you should be looking for in a ring that comes with a lifetime promise. And its beautiful color pairs with any setting—whether you prefer a rose gold, gold, or platinum band. You can also pair your morganite engagement ring with other precious stones, including a setting that has pave-cut diamonds. 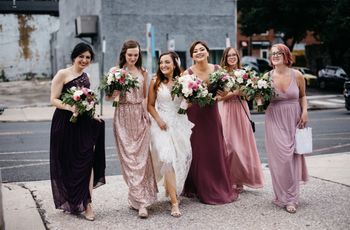 Bride & Bridesmaids 10 Trendy Bridesmaid Dresses for the Fashion-Forward Squad From sequined gowns to asymmetrical looks, these trendy bridesmaid dresses are... 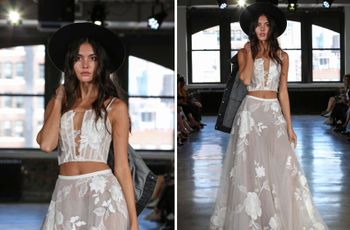 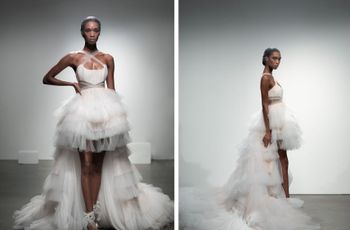 Bride & Bridesmaids 15 Ballerina Wedding Dresses That Are So on Pointe Whether you're a lifelong dancer or simply want to feel graceful on your big... 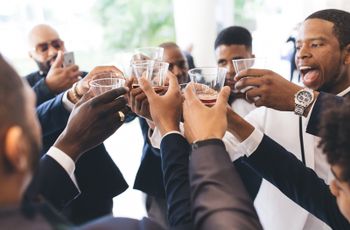 Groom & Groomsmen 7 Not-So-Obvious Tips for Happy Groomsmen Getting all of your main guys together to celebrate your wedding day can be as...
See more articles