7 Tips for Attending a Wedding When You Don't Know Anyone

If you’re attending a wedding alone, you might find it difficult to push your self-consciousness aside and actually enjoy yourself.

By Lindsay Pietroluongo February 2, 2017 0
Saved Save 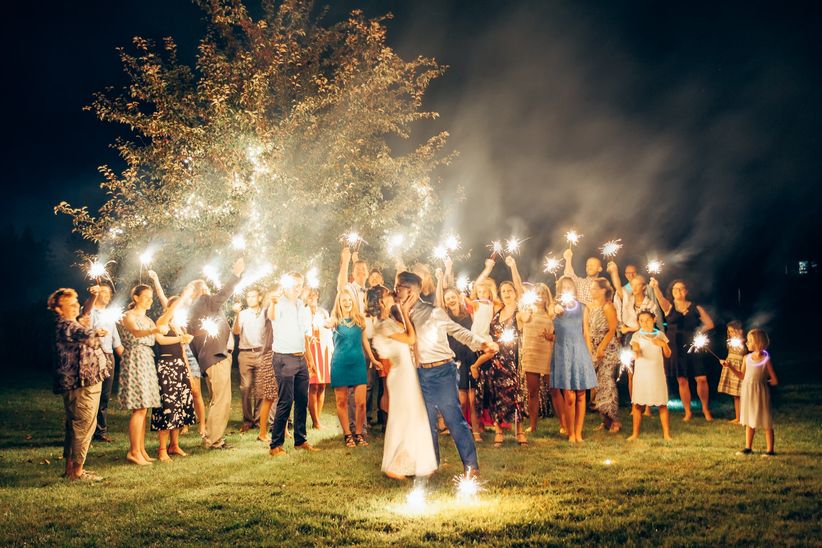 On the surface, weddings offer everything that’s good in life: delicious comfort food in bite-sized portions, cute DJs who play your favorite songs, endless vodka-and-pineapples that don’t cost a dime, hilariously terrible dancing that gives you the courage to bust a move. If you’re attending a wedding alone, though, you might find it difficult to push your self-consciousness aside and actually enjoy yourself. I’ve been to one wedding solo and two others as the Best Man’s date (which leaves you on your own for half the time as they pose for photos and eat at the head table). I barely knew anybody at these weddings, but I got through them unscathed and without any embarrassing moments.

Here's how to successfully pull off attending a wedding solo:


Lower your expectations to zero
Sometimes weddings are disappointing. Personally, I’ve never met a cocktail hour appetizer I didn't like, but I’m sure it happens. Maybe the music will be awful or the cake will smash on the ground, leaving you dessert-less. Maybe nobody will dance and you’ll be bored for four hours or everybody will dance and you’ll be the only person sitting alone at the table. Maybe everything will be great and you’ll have the best night of your life. Whatever’s going to happen will happen. Keep your expectations as low and nondescript as possible. This way, however the wedding turns out you’ll have great memories or a this-was-so-lame-it’s-funny story to tell.

Act fast
Whoever you’re going to be for the night—the adventurous one who makes a beeline for the dance floor, the super-social one, the funny one who makes the entire table double over with laughter—be that person from as early on as possible. From the moment you file into the ceremony, everyone is sizing everyone else up to figure out who looks the best, who’s wearing what, where the single people are. Whatever you’re putting out there, people will see it. The wedding is only six hours long, which leaves you a short window of time to make a good first impression but a long time to spend without anyone to talk to.

Start with the people around you
Strike up a conversation with the people at your table. If you’re at a wedding where nobody was invited with a plus-one, you’re probably sitting with other solos who are also hoping to make friends. Even if you’re the only person alone at a table of couples, trust that the bride and groom put everyone at your table together for a reason. The simplest ice breaker is to ask, “So how do you know the bride and groom?”

Make friends with the older generation
Sometimes it’s easier to talk to people who are a bit older than you, especially if you’re feeling a bit unsure of yourself. If you can seek out friendly relatives of the bride and groom, not only will they be happy to chitchat but they’ll also know everyone in attendance and can make introductions.

Head to the bar
The bar is where people go when they don’t know what to do, so it won’t be hard to find someone who’s interested in talking. Having a cocktail or two can take the edge off and relax you enough to approach someone. Know your moderation sweet spot, though. For me, it’s two drinks, then I alternate water with alcohol, both of which I sip slowly. Loosened up and natural is just a few cocktails away from that horrible drunken point of no return.

Seek out the escapees
Every wedding has at least one group of people who are doing something else. They may be gathered around a TV in the hotel bar to watch the game or lounging on couches in the lobby to take a break from the music and bright lights. Find them, complain about whatever they’re complaining about and then introduce yourself.

Remind yourself that all eyes are not on you
Yes, you’re all scoping each other out, but in this situation you won’t be the center of attention for long—the newlyweds have that covered.

Armed with the right mindset, you won’t just survive a wedding when you’re solo, you’ll thrive and maybe even come out bearing a new friend or two. 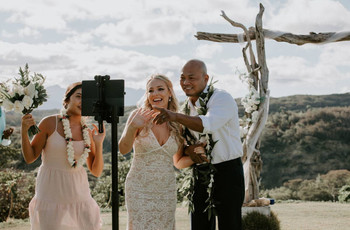 Wedding Guests 10 Ways to Include Your Virtual Guests in Your Wedding Yes, your virtual wedding guests can have just as much fun as your in-person... 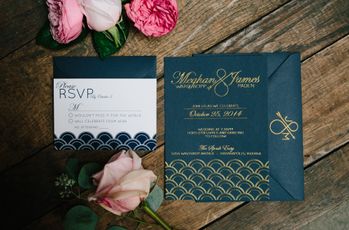 Wedding Guests 5 Plus-One Wedding Etiquette Rules Couples MUST Follow While it’s never easy to figure it all out, here are few expert tips to help you... 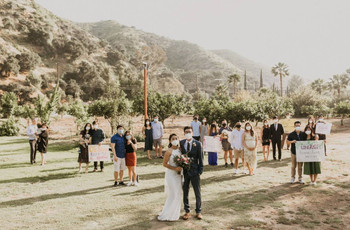 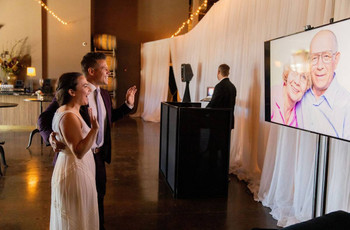 Wedding Guests How to Be the Very Best Virtual Wedding Guest Sorry, you can’t just roll in to the Zoom wearing your PJs. Here’s all the...
See more articles