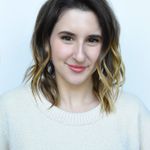 By Lauren Rodrigue February 15, 2017 0
Saved Save
My favorite parts of married life! 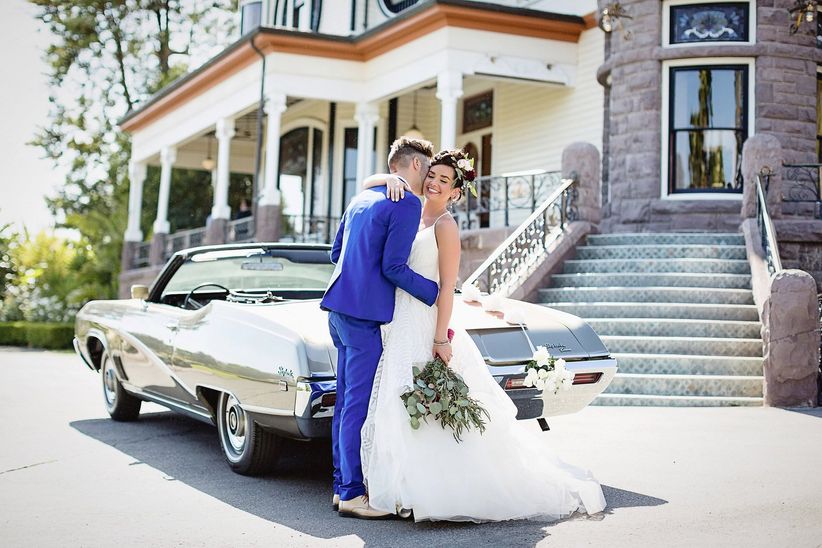 I won’t lie—I wasn’t prepared for married life to be that much different from engaged life. Before we tied the knot, Joe and I had gotten into a pretty good cohabitation groove after living together for almost two years (he became the unofficial toilet cleaner, I became the unofficial sheet launderer). I thought that our wedding would be symbolically meaningful, but not necessarily concretely—after all, it wasn’t 1950, and I wasn’t about to be flung from my childhood bedroom into a starter home with a man for the very first time! What could possibly be different now that we were wearing rings and had a marriage license, we wondered?

But—I was wrong (first time for everything!). Things do feel surprisingly different, but luckily, only in the very best ways. It’s weird to explain, but it almost feels like we both got new jobs the day we got married—like we entered into some exciting new long-term project together, and we’re both the ones in charge. The project, of course, is building a kick-ass marriage together, and always optimizing it: Making it happier, more fun, more valuable, more generous, more conducive to a great life for both of us and the family we’ll have later on. Now that we’re married, when I make decisions for myself, I think about them in terms of my project with Joe—not just about how they might impact my own life, like I used to when we were dating. It’s an exhilarating feeling, and, though I can’t speak for other couples, I imagine it’s the reason people get and stay married in the first place.

In step with our new “jobs,” we have slipped into some comforting, fulfilling, and overall make-me-super-excited-to-be-grown-up routines and rituals that I can only attribute to our new married status. Sweet phenomena that often make me stop and think, “Oh, so THIS is what married life is!”

These are things I didn’t expect to happen, but I hope never stop happening, even after newlywed bliss wears off:


I hope we never stop traveling together.
Everyone has those friends in their groups who are always off on a wild adventure, stocking their Instagrams with envy-inducing (and perfectly composed) shots of them cresting a mountain, or jumping out of a plane, or swinging from a hammock hanging from a tree in the middle of a warm-watered ocean. That ain’t Joe and I. Besides traveling for lots of weddings throughout the past couple years, we’re the biggest homebodies I know (and have #noregrets!). But, since we’ve gotten married, it feels as if we’re both suddenly emboldened to explore the world more, bitten by two acute cases of wanderlust, and armed with the knowledge that relationships grow richer with experiences. It feels like a gift to our marriage to invest in trips—and work harder to be able to afford them—and it’s awesome to spend time planning them together, like we have with our honeymoon (which we are about to leave for today—I’m writing this piece as we wait in the airport for our flight!). Traveling used to intimidated me—the cost, the fear of the unknown, the huge amount of organization that goes into every flight (and I effing hate organization), but with my partner in tow, it’s now an exciting new part of my life that I can’t wait to grow into. I know having children and new financial responsibilities will make traveling more challenging as our marriage matures, but I hope we always keep adventuring a priority.

I hope we never stop getting into bed at the same time.
This one’s a much simpler achievement than traveling more, but in some ways, it means the world. To me, it’s so important to end each day together—no matter what stresses or negative experiences or wild rides the day brought—and it brings me so much comfort that each night when I crawl into bed (at around 10, because I’m secretly ancient), Joe (and his partner in crime, our dog Molly) stop what they’re doing (usually video games) and crawl into bed with me. He stays awake to read while I fall asleep, but before I do we usually chat for a while—sometimes just a few minutes, sometimes longer—and though it’s no grand gesture, it’s such a meaningful moment of connection that I think we really need as a typical modern, super-busy couple. I know that as we grow up and develop new routines, we might decide to go our separate ways some evenings—maybe he’ll want to watch TV in another room while I go to bed—but I really hope we can stick to this as long as we can. It’s one thing to never go to bed angry, but I’d much rather never go to bed alone.

I hope we never stop teaching one another things.
We got married a couple months before the Presidential Election that Rocked America, and though I won’t get into politics in my wedding column, I will say that throughout the election season, I’ve had about…seventeen million questions about what the heck is going on out there. Joe is the smartest person I know and also happens to be incredibly informed in (and interested in, for whatever reason) all things American Government, so he has been an asset to me through it all. Being able to turn to him when I’m stressed or just plain clueless about what will happen next has been essential for my sanity—and it’s an amenity of marriage I didn’t expect at all. I love that I have learned so much from Joe in the months we’ve been married, and I am so excited to have the opportunity to learn so much more in the years to come (it’s like I have an infinite membership to the College of Joe!). Likewise, I’m proud to be able to teach him things about topics on which he’s completely clueless—like health and medicine, in which I am freakishly knowledgeable and he is hilariously inept (sorry, babe!), how to load a dishwasher, and how to properly wash sweaters without shrinking them to infant-size.

I hope we never stop planning for our future.
When you’re planning a wedding, you’re always thinking about “Your Future” because your future is a very expensive party in which the stakes are quite high. So after the wedding, you're sort of stuck in that planning-for-the-future mindset, and… it kind of rules? It’s like, once you pull off this highly impressive feat of planning (a year-long feat of multi-event planning, that is) you feel like this expert planner duo who can plan anything/everything/a trip to the moon. Now, several months into marriage, we’ve always very vocal with one another and actively working toward what’s next in our lives—even if what’s next is years away. Our move back to Maine in a few years, potentially opening our own business, having kids, buying that boat and lake house I’ve always wanted, and a house big enough for that husky Joe has always wanted. We hash out these plans as excitedly and concretely as a couple planning a trip to Disney, and I really hope this mutual zeal for crafting the future of our dreams never fades. It makes every step we take now that much more meaningful.

I hope we never stop going to Putnam’s.
Or whatever other cozy neighborhood pubs we find ourselves living near in the future. Putnam’s is this place that we started going to when we first moved in together—they have the most incredible fries on planet Earth, truly—and now, years later, we still go weekly. When our families visit, we take them. We go with friends, or alone. We take our dog and sit on their sidewalk patio in the summer. We even went to Putnam’s to celebrate the moment after we got engaged, hearts still racing. For whatever reason, going to Putnam’s now that we’re married feels even more special—like our cozy little respite from crazy NYC, where it always feels like Christmas and the time is always right for toasting Prosecco and getting down on a burger. I hope we always have a spot like that near wherever we live, because we both suck at cooking, but more importantly, because I never want to loose sight of how special it feels to be just us, at a table in a dark pub, enjoying one another and forgetting about the world.

I hope he never stops making me waffles on Sunday mornings.
Because who wouldn’t want waffles every Sunday morning? Ok, fine, and I hope I find something to make him once in a while too—besides a salad (because he never eats his damn vegetables).