thoughts on these stickers for the favors..

I know in the long run it reeeeaaalllllly doesn't matter but I'm still curious to hear your thoughts.. our favors are red velvet whoopie pies with cream cheese fluff... they're classic for the area where our wedding is... think they're too boring? does it make sense? 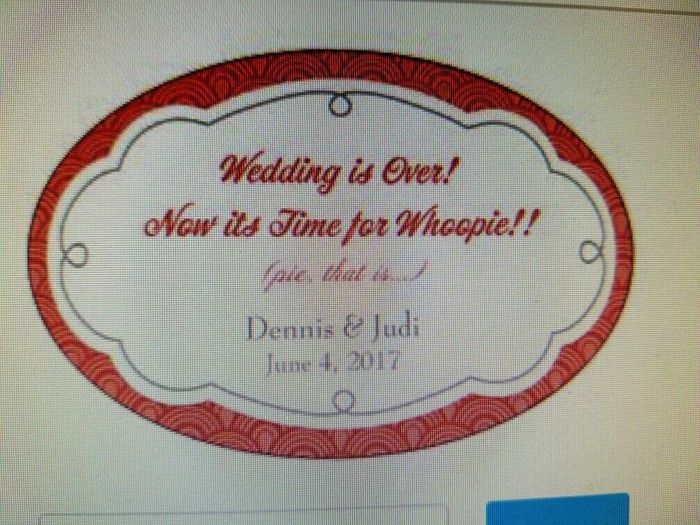