ARE YOU A VENDOR?
Savvy November 2019

Thoughts and Opinions on David’s Bridal vs Boutiques

Cheryl, on January 14, 2019 at 12:14 AM Posted in Wedding Attire 0 107
Saved
Reply
Hi ladies! What are your real thoughts on Davids’s Bridal quality, style, price vs that of boutiques? I’m not a snob by all means but I don’t have much experience shopping for bridal gowns.

I didn’t expect this but I almost walked away with an Oleg Cassini Ball Gown for $1850 (didn’t realize it was on sale for $1450) I didn’t want to say yes yet because it was the first shop I went to and was unsure since this was such a traditional style unlike all the other gowns I’ve pinned or liked. I know I can’t afford Lazaro or Berta that’s very modern and romantic looking with the sheer bodices, plunging necklines and 3D appliqués.

My wedding planner told me to hold off on a gown and that for the $1850 price tag, I can definitely find one as glamorous with better quality at a smaller store. If it weren’t the fact that they were closing, I have a feeling I would have tried on the gown again and bought it. My planner said that David’s known for cheap prices but also pressuring brides to buy that day. She says that I’ll get more attention with champagne and won’t be pushed to buy if I go to another store.


Thoughts? Experience? My budget is $2000 but ofcourse less is good too. This dress is lovely and I can see myself walking down the aisle with it but open to new things. I also was under the assumption that David’s sold dresses at around $800. 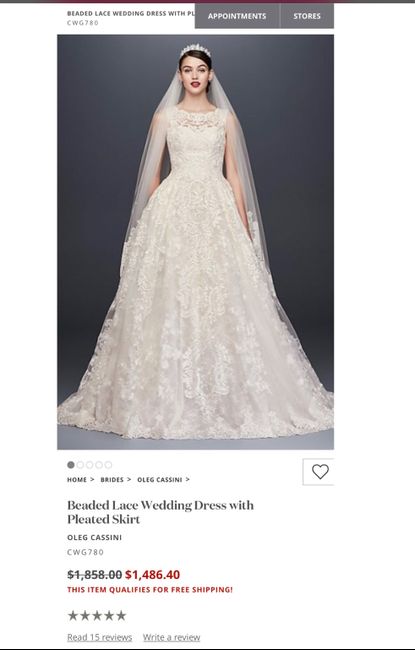 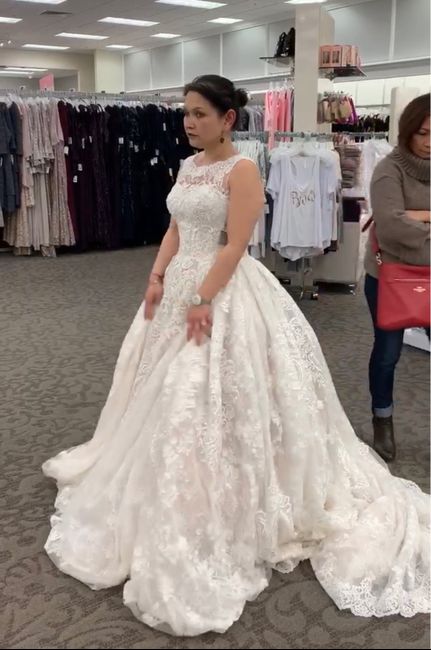