A Sense of Place

Originally built in 1891 as a stable for the Plant Hotel, 420 West Kennedy Boulevard has gone through several transformations in its 122-year history. In the 1920s an arcade of shops ran through the center of the building from Kennedy to Grand Central, a feature that is echoed in the current design. More recently, housed within the brick walls was an insurance company, photo studio, and dentist’s office. If you have lived in Tampa long enough you may have visited Oxford Exchange in a few of its previous forms.

Oxford Exchange is really two buildings: the original four walls of Number 420, and a new structure that took the place of an older building next door. Painstaking restoration of the older elements, most notably the brickwork, was done alongside the creation of new features, such as the many skylights and the glass-roofed conservatory. It is hard to tell the new from the old, which underscores Oxford Exchange’s mission to showcase the best of the contemporary and the classic.

While on a visit to London, Tampa businessman Blake Casper found himself drawn to the architecture, feel, and use of English shops and clubs. Sensing the potential for these kinds of multi-use spaces in his hometown, Casper began to conceive a place where people could meet, mingle, work in solitude, or simply pass a few moments outside of their hectic lives.

For the adventure of launching this novel concept, Casper assembled a team of architects, engineers, designers, and craftsmen to transform the old building into a state-of-the-art complex: Smith-Dalia Architects in Atlanta; EWI Construction in Tampa; Project Manager James Brearley; and Interior Designer Mary Beth Courier. Then came the team that would bring the building to life: Dave and Susan Ward of Buddy Brew Coffee, and Abigail St. Clair of TeBella Tea Company came on board; Sarah Fairbairn of One Fine Day Inc. took lead as Special Events Director; Executive Chef Erin Guggino began to develop the menu for the Restaurant; Allison Casper Adams created the Shop, Alison Powell devised the Bookstore, and both started filling a warehouse with finds.

And so, in 2011 Oxford Exchange began to take shape, writing a story that begins at the front door and continues throughout the building every day. Depending on how you look at it, Oxford Exchange is either a large house, or a small town. Each area offers its own feel and personality, and yet each contributes to the whole, which is designed to fulfil a diverse range of needs, from coffee to conversation. Oxford Exchange was hand-built, using materials from over a dozen countries. Italian marble, reclaimed white oak, leather panels on walls and ceilings, and brass fittings, are just a few of the details that enrich the experience.

Oxford Exchange opened its doors at 6:30AM on September 24, 2012. In addition to the careful planning of the physical structure of Oxford Exchange, a great deal of thought went into the activities and products offered here—the spirit of the place. Curation is a key concept behind the food, goods, and programmed events at the OE. With choices overwhelming us all these days, there is a great relief in having the field narrowed by those with the passion and expertise to help us find our way to wonderful new discoveries. 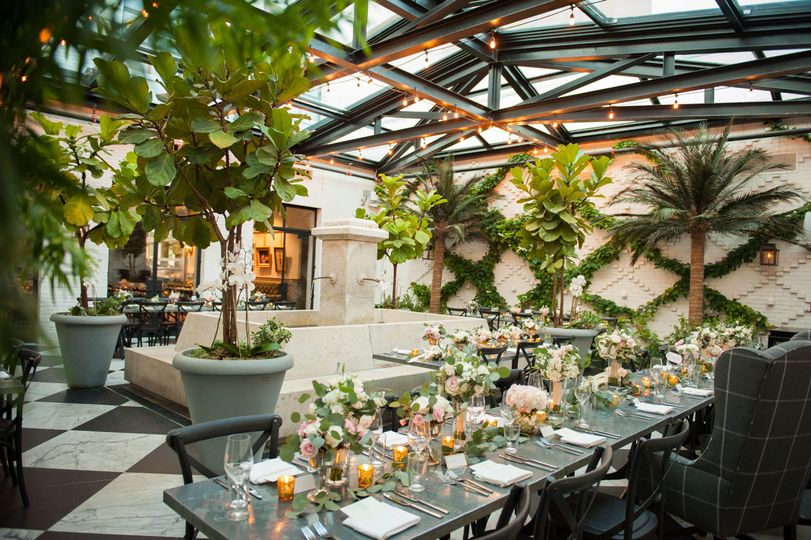 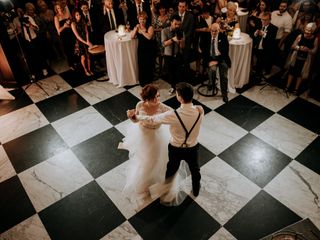