About The Texas Gypsies

Formed by experienced professional musicians including GRAMMY winners and musicians from many famous recording artists, this band has established itself as a classy, unique and fun full time professional band with hundreds of successful performances and has sold thousands of their CD's!

They have played all over the USA,Mexico and even as far away as Dubai!

Some of the artists our band members have played with are: The Jacksons, Wings, Ray Charles, Ella Fitzgerald, Texas Playboys, Wynton Marsalis, Tony Bennett, Barbara Mandrell, Blues Brothers and many more!!

Need the band to also play dance music from 60's Motown or 70's disco to classic rock? No problem they are all experienced pros and have played those music styles for many events! The band also has a female singer they can add in for that that if you like!

We have many recordings of the band playing each of these styles so email if you want to hear more of a certain style than the others! This band can perform from a TRIO TO Twelve PIECES with our HORN section added!

The Texas Gypsies are on the rosters of 3 prestigious arts programs — the National Endowment for the Arts American Masterpieces touring program and the Touring Artist Program of the Texas Commission on the Arts, and the Mid-America Arts Alliance! 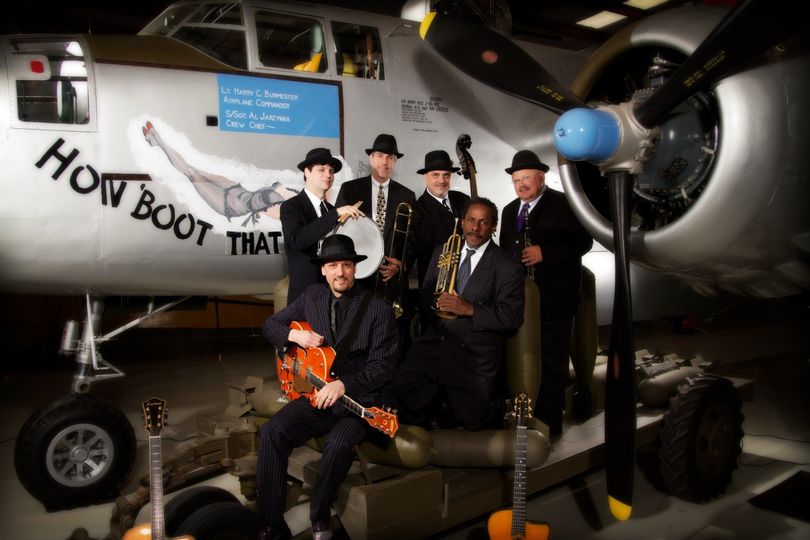 10 Reviews for The Texas Gypsies

Write a review
4.9 out of 5.0
10 The Texas Gypsies Reviews
Sort by:
See more reviews