Louis Pettinelli Entertainment is an award-winning musical entertainment agency based in Northern New Jersey. LPE's former clients include The United Nations, Lockheed Martin, Congress, and Nationwide Auto Insurance, just to name a few. In addition, LPE's ensembles have performed at venues such as The Grand Ballroom of the Plaza Hotel in New York City, Skytop Manor in Ringwood, NJ, The UN in New York City, and many more.

Louis Pettinelli Entertainment currently offers options perfect for weddings of any size and theme, including 4 live bands in its roster, as well as DJ services and a number of smaller ensembles.

*Note*: All of LPE's ensembles include emceeing services, as well as requests! LPE hires musicians of the highest professional quality, and it's easy for us to learn any song requests you may have!

The Suyat Band plays a diverse repertoire of music, specializing in top 40 selections and wedding classics! Recordings of The Suyat Band are available on my website, http://www.thesuyatband.com. The Suyat Band ranges from The Suyat Acoustic Duo (2 pieces) up to a 10 piece band!

The Suyat Band is led by its lead vocalist Matthew Suyat, who is the nephew of critically acclaimed vocalist Israel Kamakawiwoʻole, whose album "Facing Future" garnered him worldwide recognition upon its release in 1993.

The Louis Pettinelli Jazz and Pop Group specializes in both jazz selections of The Great American Songbook by artists like Frank Sinatra and Cole Porter, as well as upbeat musical selections for dancing by artists like Michael Jackson and Earth Wind & Fire. The band typically plays jazz selections during the first half of the reception as guests are eating dinner, and then launches into the dance music for the dancing portion of the reception. The Louis Pettinelli Jazz & Pop Group is available anywhere from 5-8 pieces. However, if you're looking for a band that just plays jazz music, the band is available from 1-4 pieces as well.

Intrinsic Groove is the most versatile of the bands that Louis Pettinelli Entertainment has to offer. The full configuration of Intrinsic Groove includes a vocal frontline trifecta, with each vocalist having a genre specialization, as well as a horn section and full rhythm section. 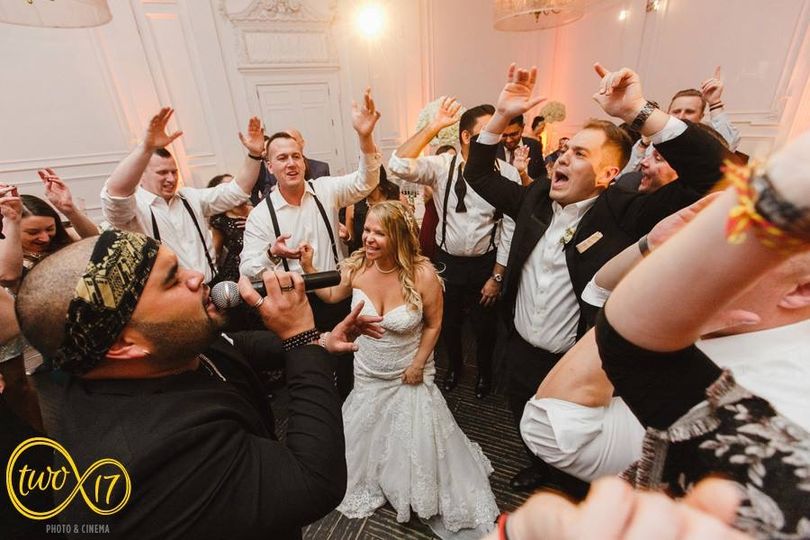