About Simply The Best Party !

DJ - Master of Ceremonies
If your goal is to put together a celebration everybody remembers, for all the right reasons, we are the people to help!

We bring together all of the critical players needed to make unforgettable memories and lend you the confidence needed to enjoy your party as much as your guests...

If you are ready to learn more about how to make your wedding day a Signature Event, let's get started!

Event Planning, Production & Coordination
What is a "Signature Event"?

Count on our team to bring together all the critical details that impart the perfect impression to everybody in attendance...

The confidence we provide makes the difference between simply "getting through it", and really shining.

you can count on a confident professional with the type of personality it takes
to get the most out of your day, while loving every moment.

Who else presents highlight images from your event on the day of?Checkout the kind of results you can expect.

Video
Experience your wedding day through the eyes of an artist!

Wedding Videos have gotten a bad reputation... We bring together high technology and expert film making to create Magic!

Event Lighting
When technology and art meet, the magic begins...

The combination of techniques we use to set a one of a kind atmosphere at your eventare guaranteed to make your event stand out in everybody's memories for years to come.We paint with light on the canvas that is the backdrop for your event,creating an ambience that can not be accomplished with any other medium.

Photo Booth
It seems almost anything is being offered as a "photo booth" these days.... Don't be fooled.

Our Elegant Signature Photo Booth is superior to all the other "booths" in so many ways...
• A true "Booth" which provides the intimacy necessary to really "let loose"!
• Setup in as small as a 6' x 8' area and accommodate 2 to 17 people
• Touchscreen operation with audio prompts and musical clips to inspire the action
• Pictures displayed provide entertainment even when you are not in the booth! 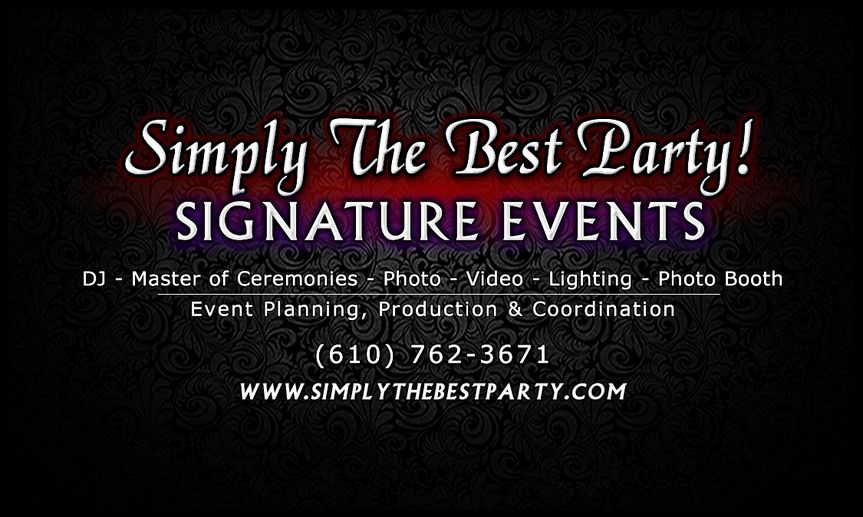 15 Reviews for Simply The Best Party !