About Larger Than Life

Larger Than Life is perfect for couples having a 90's themed wedding, or who just want an interactive reception. Your guests will enjoy their amazing DJ, MC, and unique Performers. "LTL Events" prides themselves on their friendly and dynamic staff who will ensure an unforgettable event.

This full-service band offers multiple packages to choose from depending on your needs and preferences. They're happy to perform for your ceremony, cocktail hour and reception, as well as during breaks. They're willing to learn new songs, and will provide you with sample music. While they're based out of Yonkers, they love to travel and are happy to perform all over New York and New Jersey. Additional services include: 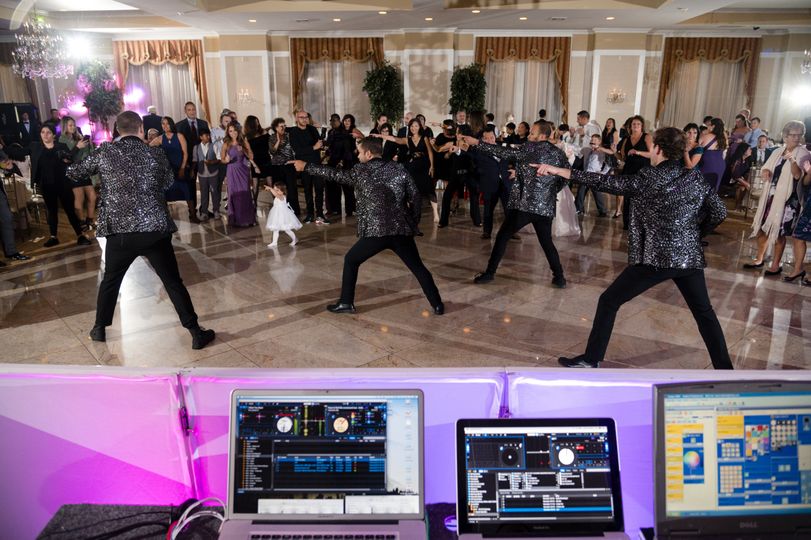 22 Reviews for Larger Than Life

Team of Larger Than Life

Known not only for his work as an Emcee and host but also for wearing many hats in the entertainment business. He broke into the silver screen with “The Taking Of Pelham 123”, starring John Travolta and Denzel Washington, Later came lead roles in films "The Jersey Devil" and "29 Alexander". TV roles on "Orange Is The New Black", "Blue Bloods", "Mysteries Of Laura", "A Gifted Man", and more.

He is also the founder behind "Larger Than Life" providing entertainment for theaters, festivals, theme weddings, theme parks, and other events. Currently he performs in Larger Than Life's "Ultimate Boyband Tribute"