DJ SHY got her start at the world-famous Laugh Factory comedy club in Hollywood, where she spun for top comics like Dane Cook, Dave Chapelle, Chris Rock, and the Wayan brothers. Shy's creative endeavors has also taken her to the big screen, with guest star roles on CBS “The Bold and the Beautiful” and MTV's "True Life." Shy is most well known as the first female DJ at America’s #1 radio station, 102.7 KIIS-FM in Los Angeles hosted by Ryan Seacrest. However, Shy's most fulfilling gigs includes spinning for charity as well as for significant events especially weddings. Shy has spun for NICK LACHEY & VANESSA MINNILLO's wedding shower as well as many other events entrusted by a variety of celebrities. Some of the events include Halle Berry's Revlon RunWalk, Cookie & Magic Johnson's CJ clothing line, Sugar Ray Leonard's Foundation for the fight against diabetes, George Lopez's birthday, and the list goes on. This reputable DJ brings her talent wherever she goes! 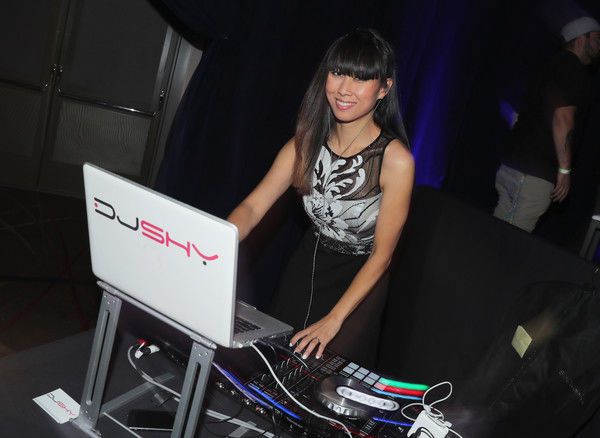