Jumping the broom. Maybe you’ve used this term in place of “getting married” in common conversation, maybe you’ve seen it on TV or in a movie, or maybe you’ve actually done it yourself at your wedding! But you may not be aware of the full history and meaning of this wedding tradition, which spans centuries and continents, has roots in the African diaspora and slavery, and today represents a reclamation of Black history.

Read on for everything you need to know (and have always wondered) about jumping the broom ceremonies.

What is jumping the broom?

In practice, this marriage ritual is pretty self explanatory. To do it, the marrying couple simply lay a broomstick on the floor at their altar, and hop over it together with joined hands, usually following their wedding vows and accompanied by a prayer, song, or reading. The broom is often decorated with symbolic flowers and ribbons, sometimes provided by guests as a metaphor for their well-wishing for and partnership with the marrying couple. After the big jump, the broom is usually saved as a memento (and never used for cleaning!).

What is the history of jumping the broom?

Like many traditions, the history of jumping the broom at a wedding ceremony is complicated and difficult to trace back to one single source. Some believe the practice originated in the early 1700s in Wales, when broomstick weddings served as a Welsh marriage rite for Roma communities who were not permitted to marry in churches. In this execution, the broom was placed at the threshold of a door, and the groom jumped first, followed by his bride. The practice grew in popularity over the decades, and by the turn of the century, was quite common. It may even serve as the original inspiration for the “carrying the bride over the threshold” tradition we see practiced by modern couples of all cultures today.

Another theory is that jumping the broom originated in West Africa, in the region now known as Ghana. It’s believed that in this practice, the broom cleansed the marriage ceremony of evil spirits and represented the couple’s commitment to caring for and maintaining their newly shared home (and, metaphorically, their marriage). In some cases, the couple would both jump the broom, and whoever was observed as jumping the highest would be given the role of decision maker for the home.

The practice is thought to have eventually made its way to the American South as a result of the transatlantic slave trade. Another theory for how this practice became implemented by African Americans is through cultural exchange with poor white American southerners, many of whom were direct descendants of British islanders who practiced broom-jumping as a legal wedding alternative, as described above.

Who practices jumping the broom today?

As you can see from the (very abbreviated) history in the previous section, jumping the broom is fraught with cultural implications, inextricably linked to slavery, racism, and the restrictions of civil rights of oppressed classes. That’s why today, it’s practiced in the United States mostly at African American weddings by Black couples, who pay tribute to the struggles of their ancestors by taking ownership of the very practice that was once implemented by their white persecutors to keep them oppressed. For all of these reasons, it would be very problematic for a white couple to include this practice in their wedding—especially without researching it first.

Where can I find examples of jumping the broom in pop culture?

If you want to learn more about the custom of broom-jumping before including it in your wedding, be sure to check out the wide range of pop culture references of the custom from past and present.

In the iconic 1977 TV miniseries Roots, based on the eponymous novel by Alex Haley that follows a Black man and his descendants from slavery in the 18th century to modern times in America, lead Kunta Kinte/Toby (played by John Amos) jumps the broom with wife Belle (played by Madge Sinclair) during their marriage ceremony.

The 2011 romantic comedy Jumping the Broom tells the story of an aristocratic Black family’s clash with a blue-collar Black family and the themes of class divide that come into play throughout. In the film, the lead characters, Jason Taylor (Laz Alonso) and Sabrina Watson (Paula Patton), do eventually jump the broom at their wedding.

You can find even more jumping-the-broom scenes in popular TV series like This is Us, The Originals, and Grey’s Anatomy, as well as in the 2016 film Birth of a Nation.

Should I jump the broom at my wedding?

The decision to incorporate a broom ceremony in your wedding shouldn't be made lightly. You and your partner should devote plenty of time to researching the practice, along with all of its history and implications, and be sure that the both of you, as well as your family and friends, are clear on why this ritual is being included in your wedding and what it means for all of you. 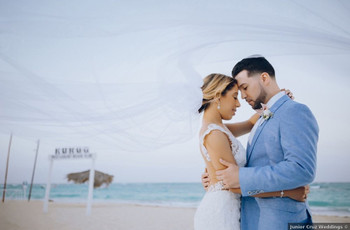 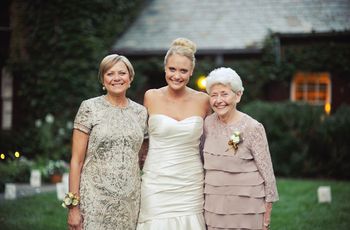 Places to Celebrate 7 Unique Wedding Venues in St. Louis for the Non-Traditional... Looking for a space that's not like one you've seen a million times before?...
See more articles