With the help of an Etsy invite designer, we created the most fun and beachy invites and I am obsessed!! Our colors are royal/colbalt-ish blue and orange.. and the guys will be in grey pants and vests.

They will be going in a signature pocket invitation folder (invite on one side, and the insert and rsvp in a pocket to the right... and it all folds up like an envelope) 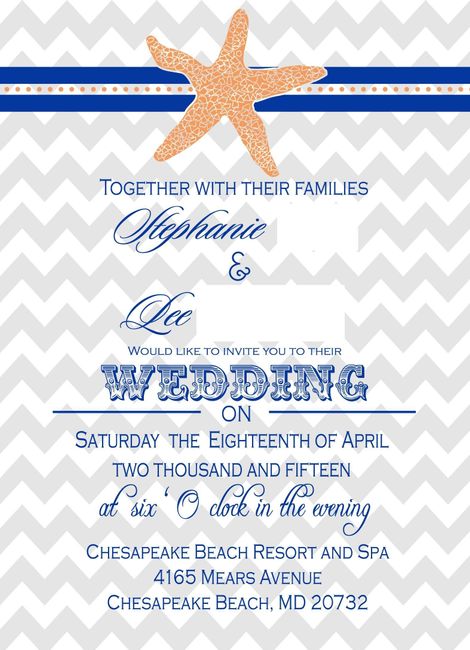 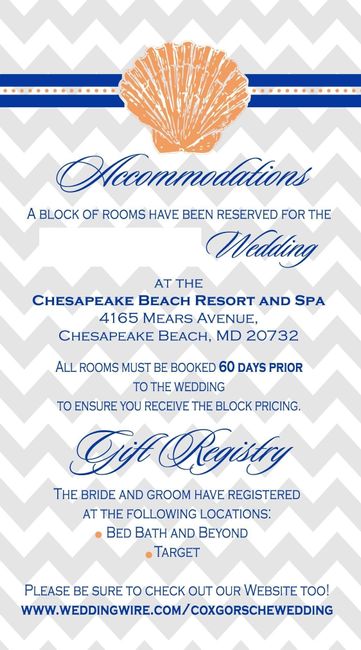 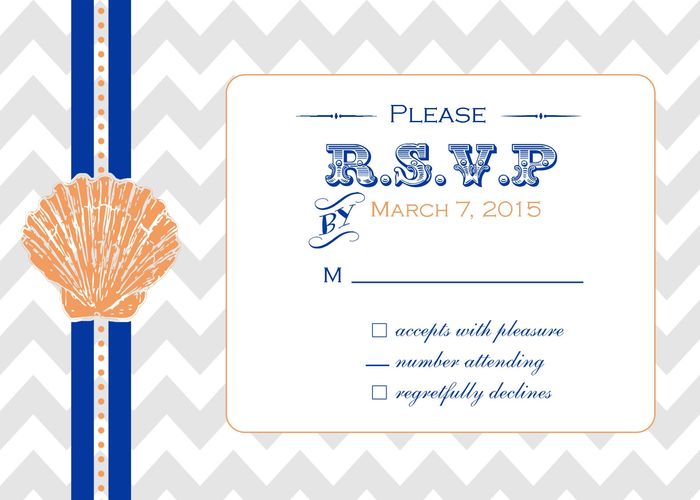