ARE YOU A VENDOR?
Devoted November 2015

I would love opinions/suggestions for these. (5B will be one of our table numbers since we are playing up that we have been long distance for 6 years and each table will represent an apartment number where one of us has lived) We will also have 4-6 frosted votives with gold glitter accents on the table. Also please ignore the hole on the top left I accidentally broke this one. 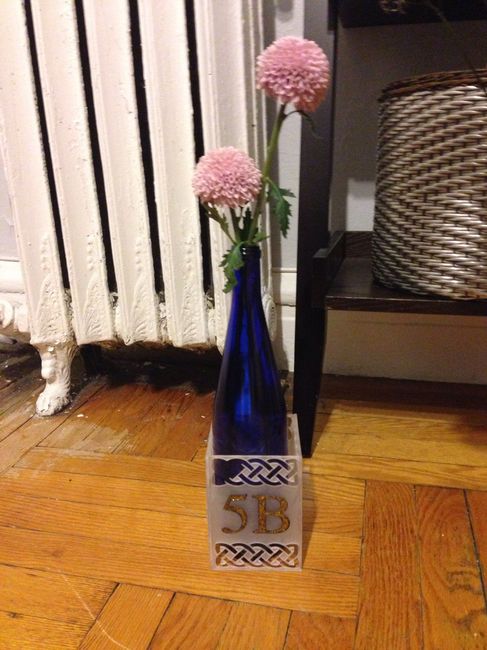