ARE YOU A VENDOR?
Kimi

Rob was born in Norfolk, May 1971, graduated from Lake Taylor High School in 1990, and joined the Air Force January 6, 1993. He attended Basic Training and Security Police Tech School in San Antonio, Texas. Prior to his first duty assignment at Grand Forks AFB, North Dakota, he completed additional training at Fort Dix, New Jersey. He was also stationed at Charleston AFB, Charleston, South Carolina, Kunsan AFB, Gunsan, South Korea and Eielson AFB, Fairbanks, Alaska. He retired from the Air Force February 1, 2013, having served his entire 20 years and 24 days in Security Forces. During his career he was deployed multiple times to the Middle East and Africa (Iraq, Qatar, Saudi Arabia, Afghanistan, Djibouti, Ethiopia, Kenya, and Syria). He has three sons, Robert (1997), Andrew (2003), and Jackson (2007). Robert and Andrew are extremely talented artists and musicians. Jackson has not shown us where his talents are yet. After his retirement, Rob worked briefly for the United States Postal Service, but in July 2014 returned to Virginia to be closer to his family. (He is lucky enough to still have both grandmothers living here.) He is currently working on his Bachelor Degree in Criminal Justice. Kimi was born in Roanoke in 1970, attended Zama American High School (Camp Zama, Japan) before returning to Denbigh High School to graduate in 1988. She graduated from Thomas Nelson Community College with an Associate in Applied Science, Nursing degree in 1991. She completed her Bachelor of Science Nursing degree from Chamberlain College of Nursing in 2014. She is currently attending Grantham University where she is working on her Master of Science Nursing degree, with a major in Nursing Education. She has worked as a Registered Nurse for 24 years and is currently employed at Chesapeake Regional Medical Center on the Orthopedic – Neurosurgical Surgery unit. She is an avid baseball/Atlanta Braves fan. Our first phone conversation was SIX hours long. We met for the first time on the second floor at MacArthur Mall prior to going to the movies (We saw Tammy – which I later bought for him). We then went for a drink at Buffalo Wild Wings in Chesapeake. Our first date was supposed to be at a Norfolk Tides game, but we couldn’t wait and went to the movies a day earlier, but still attended the ballgame (where I dazzled him with my ability to score the game, LOL). He asked me to marry him March 12, 2015. My ring is not the traditional diamond, per my request. Rubies are my birthstone, but that is not the only reason we chose it as my stone. Rubies are considered one of four precious stones in line with the emerald, sapphire and diamond. They are the second hardest gemstone after the diamond. The ruby engagement ring symbolizes life, love and commitment; as well as devotion, integrity, courage, vitality and happiness. Red color is closely associated with fire and blood, so red rubies are associated with warmth and life for humankind. Within the intricate, curving lines of the Trinity Knot, faith in God is illustrated, as the three points symbolize the Father, the Son, and The Holy Spirit. The combination of the trinity knot into rings, linens, jewelry, and other bridal designs is associated with eternity and eternal love. Our wedding day was chosen, not because it represents any particular day for us, but because we have to work around summer birthdays (his oldest son and I share the same birthday 7/7), the boys’ summer visit with us (we COULD NOT get married without them here), my refusal to be a June bride (too many in my family that didn’t work out), and my work schedule. Rob was hesitant to choose the 13th, as that means we will periodically have an anniversary on Friday the 13th. I’m not THAT superstitious, I had a black cat for goodness sake (RIP Peanut). We both wanted to be finished with school before we got married, but that is just not going to happened. On the bright side, my degree will have my married name on it (yes, I am changing it; no I am not hyphenating – seriously Kimberly Standifer-Holman is just TOO LONG!). I will also be able to attend my commencement, which will be in Kansas.

Hello! I'm a bridesmaid in a wedding next weekend and I'm going to put together a bridal emergency kit for the bride. I found lots of good ideas on Pinterest for what to put in it, but any suggestions...

I am setting up some wedding cake consultations and we get to pick out 3 different flavor combinations to try for one bakery, but of course am a horrible decision maker. I love to have things that are... 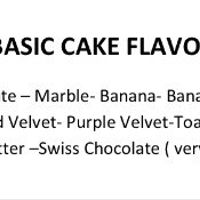 Hi! Quick question. If any of you are having framed signs at your reception, where are you buying them? Also, how big should I get them? I think 8x10, but I'm not good with measurements :/ I'll... 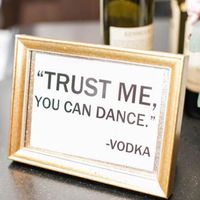 I uploaded a photo in Jessica's discussion

1574 days ago
3 pt
Seeing each other before the ceremony for pictures?

It seems like everyone is starting to see each other before the ceremony to take pictures and we are having trouble deciding what we want to do! What did you do? If you did a first look, what did you do to make it special? If you waited, what did...

I uploaded a photo in the Grooms's discussion

Happy Wednesday everyone! Are there any brides/grooms going to grad school during your engagement? How are you handling both? I'm wanting to start in January with a masters in nursing education program, do you think I'm putting too much on my plate....

I uploaded a photo in Flying's discussion

I'm getting married in Suffolk. I'm currently looking for a bakery but I want some personal opinions on places you may have tried or bought from. I've checked the vendor tab and contacted a few bakeries but I want to make sure I'm getting a good deal...

8 messages · Reply
View all activity
WeddingWire celebrates love ...and so does everyone on our site! Learn more