Rev. Mercy - Bilingual Wedding Officiant is a wedding officiant based in Los Angeles, California. Company founder and lead officiant Mercedes Ibarra is a bilingual Interfaith and Interspiritual Minister who is fluent in both English and Spanish. Ordained by One Spirit Interfaith Seminary in 2016, Rev. Mercy specializes in creating unique ceremonies for couples who don't fit the traditional mold. Whether couples come from multi-faith households or identify as spiritual rather than religious, Rev. Mercy can customize a ceremony that gives them a sense of tradition and community. She also believes that Love is Love and Black Lives Matter. Rev. Mercy is currently providing COVID-safe weddings. 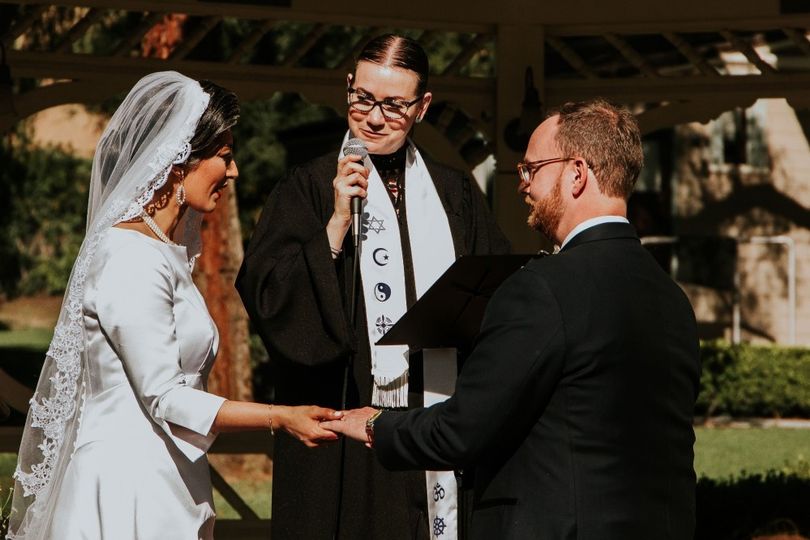 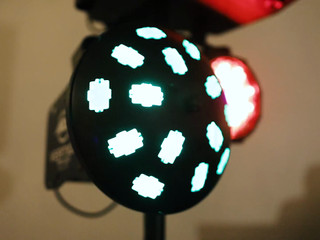 Hello, I'm Mercedes, a.k.a, Rev. Mercy! I'm the daughter of Cuban immigrants, born and raised here in the Los Angeles County area (specifically in Hawthorne and Inglewood). My first language was Spanish and I speak Spanish and English fluently.

I grew up Catholic, but I was always surrounded by what author Luisah Teish calls the "whispers" of the Afro-Cuban Lukumí tradition. When I got to college, I discovered yoga, which led me Hinduism. When I was 25, I married an atheist-Muslim who introduced me to Buddhism. Eventually all of this spiritual seeking led me to One Spririt Interfaith Seminary, where I was ordained as an Interfaith/Interspiritual Minister in 2016.

The day of my ordination, one of my old friends sent me a message asking me to officiate his wedding because he could not find a bilingual officiant who understood his Dominican culture nor his and his fiancee's non-religious spirituality. I said yes to officiating their wedding and fell in love with the entire process, so much so, that I've been officiating weddings ever since.

Another big thing to know about me? I'm also a professional Flamenco dancer and teacher. That's why you see me here in polka-dots.