About Music by Desi

Music by Desi, based in Carlsbad, California, provides island-influenced musical entertainment in an authentic Hawaiian style. Originally from Oahu, Hawaii, Desi Relator is one of the top island-style musicians on the West Coast, providing music that is both fresh and reminiscent of old Hawaii in a fun and professional manner. As a musician of over 20 years, Desi is an experienced and well-organized performer whose laid-back personality allows him to blend into any event space.

Desi Relator entered the world of music at a young age, with his mother teaching him to play guitar and ukulele as a young child. Soon after, he became the protégé of renowned ukulele teacher, Roy Sakuma. As he grew older, his performance skills improved, and eventually he brought his talents to Hawaiian bands throughout the Los Angeles area. Since 2013, when he produced his first CD, he has been working full-time in the music industry, bringing his rich voice and melodic guitar stylings to a wide variety of events. Desi is bound to captivate your wedding party with his melodic, island-style music

Music by Desi offers fun, high-quality performances in a variety of genres, with Desi being skilled not only in island music, but also in Latin, Motown, country, surfer, rock, and pop music. Desi offers couples a number of additional services including: 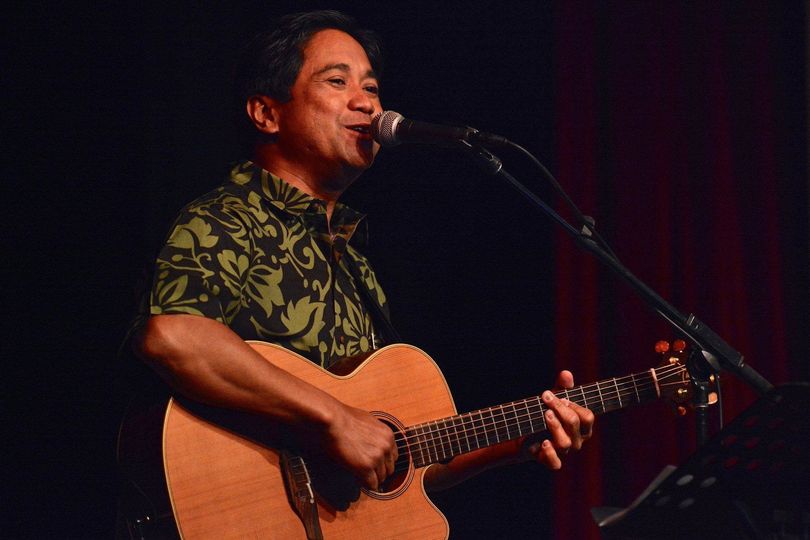 42 Reviews for Music by Desi