Named after one of the top finest chefs in Miami

Experience the best of catered dining in Miami, with exquisite dishes highlighting modern inspired cuisine, delivered with flawless service in beautiful surroundings of your choice.

A true mark of excellence, quality, and consistency. Named after one of the top finest chefs in Miami and to reason, Chef Anthony's Table is the perfect choice for catered occasions.

For a more intimate experience, You choose your favorite foods, and we will assemble a divine menu for you and your guests. 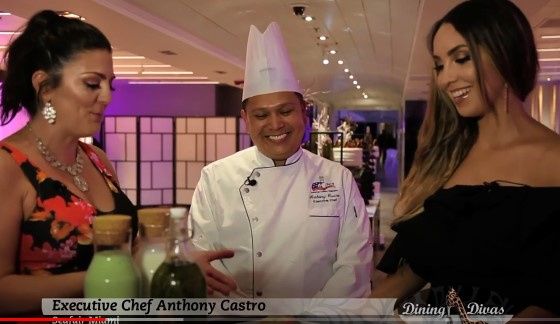 Chef Anthony Castro, with 22 years of experience, orchestrates culinary feasts, including superb banquets served in luxurious surroundings and with undeniable panache. His consummate passion and talents prove worthy. He is a master of his craft, known for his creativity, passion, technique, and commitment to the very best.

Chef Anthony decided to pursue his career overseas and joined the Edinburgh Castle of the famed Chef in England Terry Greenhouse, A Culinary Olympic Team Captain for England as Sous Chef.