Benjamin Pila is a classical guitarist based in Tampa, Florida offering beautiful wedding music entertainment. His talent will set the tone for your special day with arrangements from Bach to the Beatles. Juilliard trained, Benjamin Pila will serenade your guests with his exceptional skills, backed by an impressive and extensive list of credentials.

Benjamin received his Master's degree from The Juilliard School and his Doctor of Musical Arts degree from the University of Southern California. He is currently the Professor of Guitar at Polk State College. He is the only classical guitarist ever named a Presidential Scholar of the Arts, and he has performed for Pope Francis, Barack Obama, and George W. Bush. He has also performed at Metropolitan Museum of Art, Lincoln Center, John F. Kennedy Center, and Herbst Theater. Ben's playing has been featured on NBC's Today Show and NPR's From the Top. He also received ASCAP's Best Performance of a Contemporary Work, and is a Grand Prize winner of the Pacific Guitar Festival, the Tampa Bay Symphony Concerto Competition, and the USC Guitar Concerto Competition. Currently, Ben is a semi-regular performer at the 9/11 Memorial Museum, and his debut CD, “Commemoration” is a tribute to the victims and survivors of 9/11.

Benjamin Pila’s instrumental music services extend from your rehearsal dinner all the way through the end of your reception. He can customize his setlist to accommodate your personal preferences, seting the perfect tone for your wedding from start to finish. Wedding music services include: 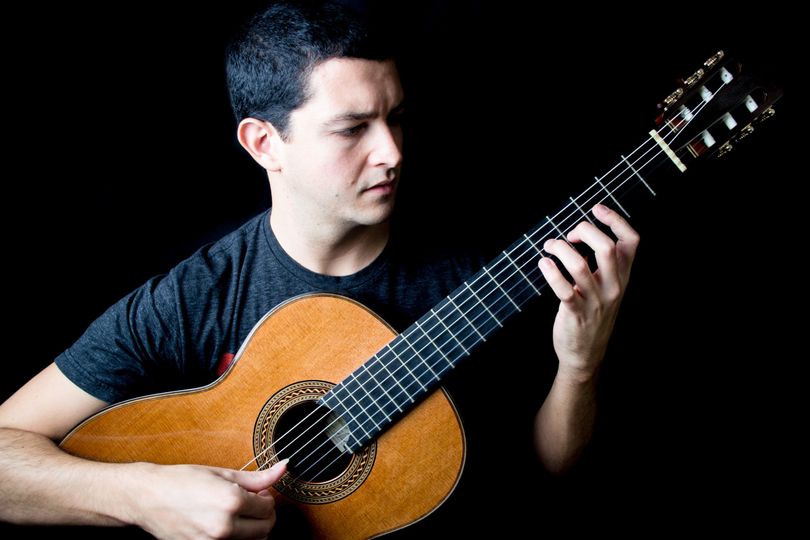