Bedell Cellars is a unique wedding venue located in the hamlet of Cutchogue in New York’s Suffolk County. This gorgeous family-owned and operated winery officially opened nearly 40 years ago in 1980 on the North Fork of Long Island. The experienced team of event specialists at Bedell Cellars will assist you with every single detail of your wedding day, as they are committed to helping you create an event that will be remembered for a lifetime by you and your loved ones.

Bedell Cellars can accommodate up to 200 wedding guests in its scenic covered and uncovered outdoor event spaces. The barn-style mahogany pavilion offers stunning views of the picturesque farmland and rolling vineyards that the winery is nestled within. Ceremonies, receptions and cocktail parties may also be held in Bedell Cellars' apple orchard, lavender field and vineyard lawn. Couples who decide to host their special day at Bedell Cellars have exclusive access to the winery’s tasting room, which was originally constructed as a potato barn in 1919. In 2001, the space was renovated by famed interior designer Vicente Wolf and features rare artwork from the private collection of Bedell Cellars’ owner, Michael Lynne.

Bedell Cellars is available for hosting bridal showers, engagement parties, rehearsal dinners, wedding ceremonies and receptions. On the day of your wedding, staff at the winery will assist you with setup and cleanup before, during and after your event. Couples may bring in their own outside vendors to help them in turning all of their wedding-day dreams into a reality, or use Bedell Cellars' list of prefered vendors in the local area. Pets are welcome at the venue and there is wireless Internet available to all throughout the entire winery. Parking and valet service is also available to couples and their guests at Bedell Cellars, which is a wheelchair accessible venue. 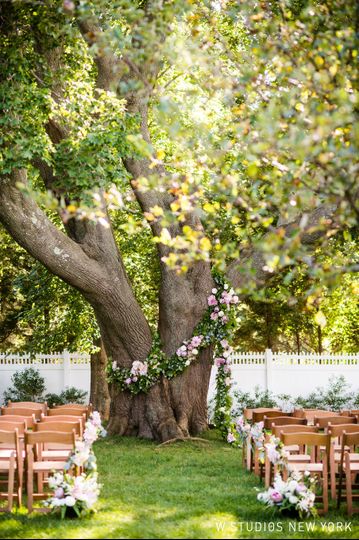 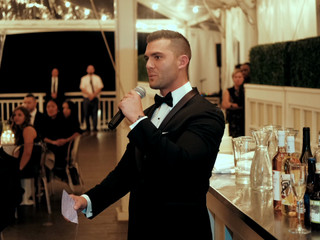 What items and services are included in the starting site fee at Bedell Cellars?

Bedell Cellars includes the following items and services for wedding events in its starting site fee:

What are the most important characteristics of Bedell Cellars in terms of venue type, style and location?

The space offered by Bedell Cellars for wedding events is known for:

What kind of indoor/outdoor options are available at Bedell Cellars for wedding events?

What kind of wedding events does Bedell Cellars offer?

What services does Bedell Cellars offer for wedding events?

What percentage of users recommend Bedell Cellars and which are the most valued aspects of their wedding services?

Bedell Cellars is recommended by 100% of couples who have used their services. Their overall rating is 4.9 out of 5 with the following breakdown: 5.0 in average response time, 5.0 in professionalism, 4.9 in quality of service, 4.9 in flexibility and 4.8 in value.
Write a review
Wedding Venues Long Island
Wedding Vendors Long Island