I love seeing tattoos and hearing about their special meanings. So let's see them and hear about them!

My tattoo is a memorial for my best friend who died in a car accident when we were in high school. I didn't just want the typical memorial tattoo with a name and date and a cross or butterfly or angel wings. I wanted something that was significant to us. So I chose our two favorite animals and had a mutual friend design the main part of the tattoo. The words say "Friends are impossible to forget" in German because we took German together and were actually doing an independent Germany study together the semester that her accident happened. 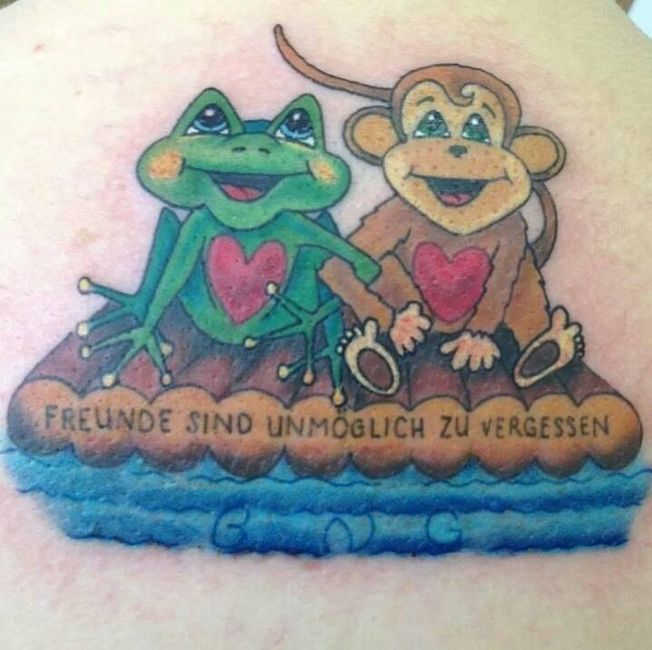